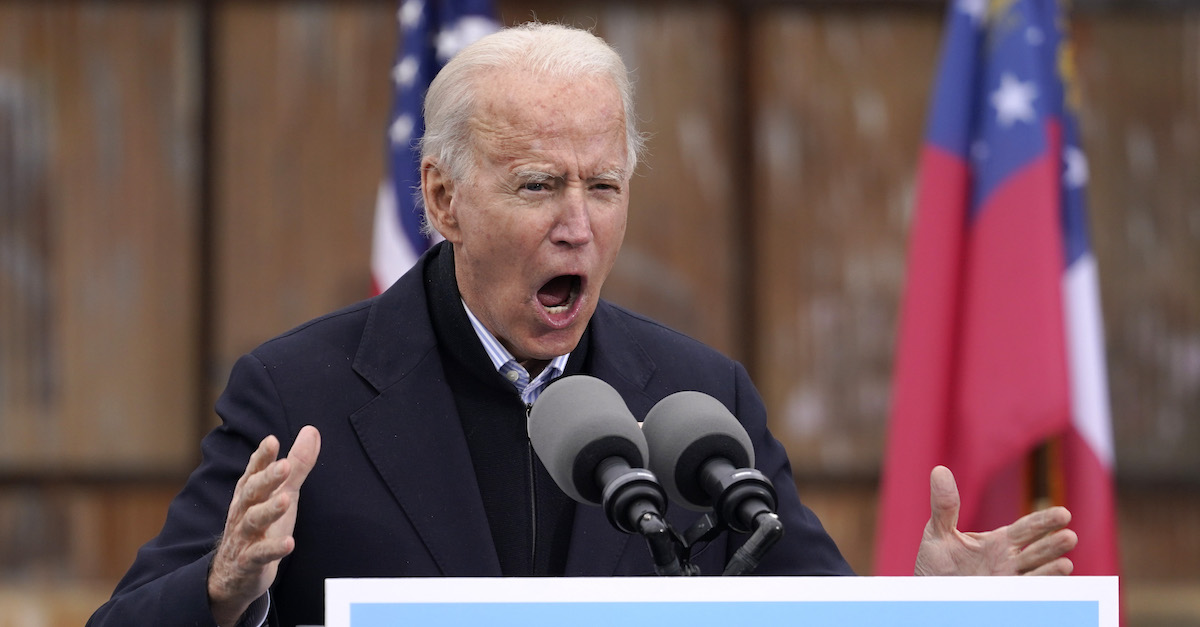 Indicted Texas Attorney General Ken Paxton (R), a month after trying and failing to reverse the outcome of the 2020 election at the Supreme Court of the United States, has notched a victory for now against the Biden administration in court. A federal judge on Tuesday issued a temporary restraining order, blocking the enforcement of Joe Biden’s 100-day pause on deportations nationwide for 14 days.

It did not take long for Paxton to declare victory in all caps while falsely claiming Biden’s January 20 Memorandum was a “seditious left-wing insurrection.”

Texas is the FIRST state in the nation to bring a lawsuit against the Biden Admin.

Within 6 days of Biden’s inauguration, Texas has HALTED his illegal deportation freeze.

*This* was a seditious left-wing insurrection. And my team and I stopped it.

It’s true that Paxton has achieved a win for now and that it is the first such win against the Biden administration post-Inauguration Day. But U.S. District Judge Drew Tipton, a Donald Trump appointee, noted that the “issues implicated by that Agreement are of such gravity and constitutional import that they require further development of the record and briefing prior to addressing the merits.”

Tipton determined that a temporary restraining order “maintaining the status quo as it existed prior to the implementation of the January 20 Memorandum’s 100-day pause is appropriate under the Administrative Procedures Act (the ‘APA’).”

A footnote explained what the Biden Memorandum attempts to accomplish:

The January 20 Memorandum excludes from the 100-day pause any alien with a final removal order who:

1. According to a written finding by the Director of ICE, has engaged in or is suspected of terrorism or espionage, or otherwise poses a danger to the national security of the United States; or
2. Was not physically present in the United States before November 1, 2020; or
3. Has voluntarily agreed to waive any rights to remain in the United States, provided that he or she has been made fully aware of the consequences of waiver and has been given a meaningful opportunity to access counsel prior to signing the waiver; or
4. For whom the Acting Director of ICE, following consultation with the General Counsel, makes an individualized determination that removal is required by law.

Paxton, in seeking a TRO, argued that Biden’s memo was “arbitrary, capricious, an abuse of discretion, or otherwise not in accordance with law”—violating the Administrative Procedure Act by failing to deport as required by 8 U.S.C. § 1231(a)(1)(A) (“That section provides, ‘when an alien is ordered removed, the Attorney General shall remove the alien from the United States within a period of 90 days'”).

“On its first day in office, the Biden Administration cast aside congressionally enacted immigration laws and suspended the removal of illegal aliens whose removal is compelled by those very laws,” Paxton argued. “In doing so, it ignored basic constitutional principles and violated its written pledge to work cooperatively with the State of Texas to address shared immigration enforcement concerns. This unlawful reversal will cause Texas immediate and irreparable harm if it is not enjoined.”

Legal observers will recall that the APA tripped up the Trump administration many times.

The court ordered the parties to “propose a briefing schedule no later than Thursday, January 28, 2021 at 12:00 p.m. with respect Texas’s Request for Preliminary Injunction in its Complaint.”

“The parties should also address whether expedited discovery is necessary and the contours and scheduling for same. The Court will promptly schedule a hearing on the Motion for Preliminary Injunction, if requested and necessary,” the judge added.

Read the 18-page ruling below: