A woman in Hartford, Connecticut is charged with swiping the side of a state trooper’s vehicle. Authorities say that Latifah Roldan, 31, was driving the suspect car.

As seen on the dash cam footage, the trooper’s vehicle was on a mostly empty half of the highway. Suddenly, another car could be seen traveling in the wrong direction in the same lane. The suspect car changed lanes. The trooper’s vehicle edged towards it as the oncoming car approached. The speeding car then swiped past the trooper. If you blink, you might miss it. The collision occurs around the 1:20-mark in the video above.

In the rear view angle, the suspect vehicle swerved around after the collision and came to a stop.

According to the arrest report obtained by Law&Crime, troopers said they got 911 calls about a wrong-way driver going southbound in the northbound lanes of I-91 in the town of Windsor by exit 36 early Sunday morning. Authorities said they spotted the suspect vehicle, a Toyota sedan, near exit 33 in the city of Hartford. They said the driver, Roldan, struck a Connecticut State Trooper cruiser operated by a trooper identified as Connolly, who was taken to a hospital for medical evaluation and released. The law enforcement official’s vehicle also had a K-9 identified as Igor, who was not injured. 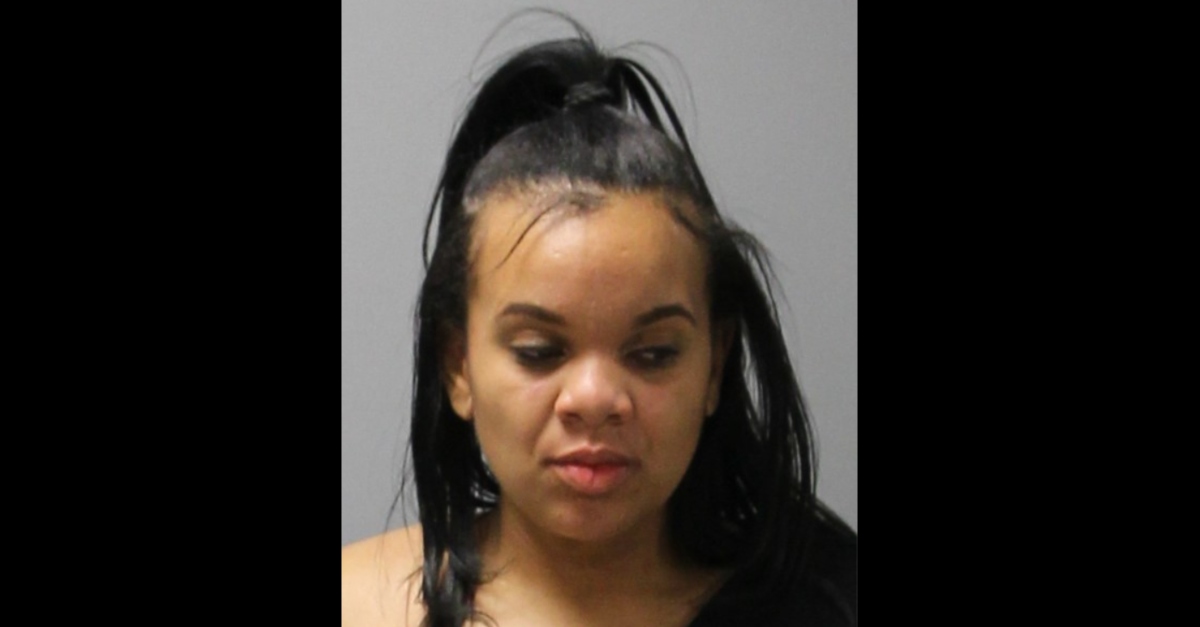 As for Roldan, she allegedly failed the field sobriety tests. She was arrested for a count each of operating of a moving vehicle under the influence or drugs or alcohol, driving down the wrong way of a divided highway, and reckless endangerment in the second degree. She was soon released on a $5,000 surety bond at 10-percent cash. The defendant is scheduled for a court hearing to take place June 30 in a Hartford court. It is unclear if she has an attorney in this matter.