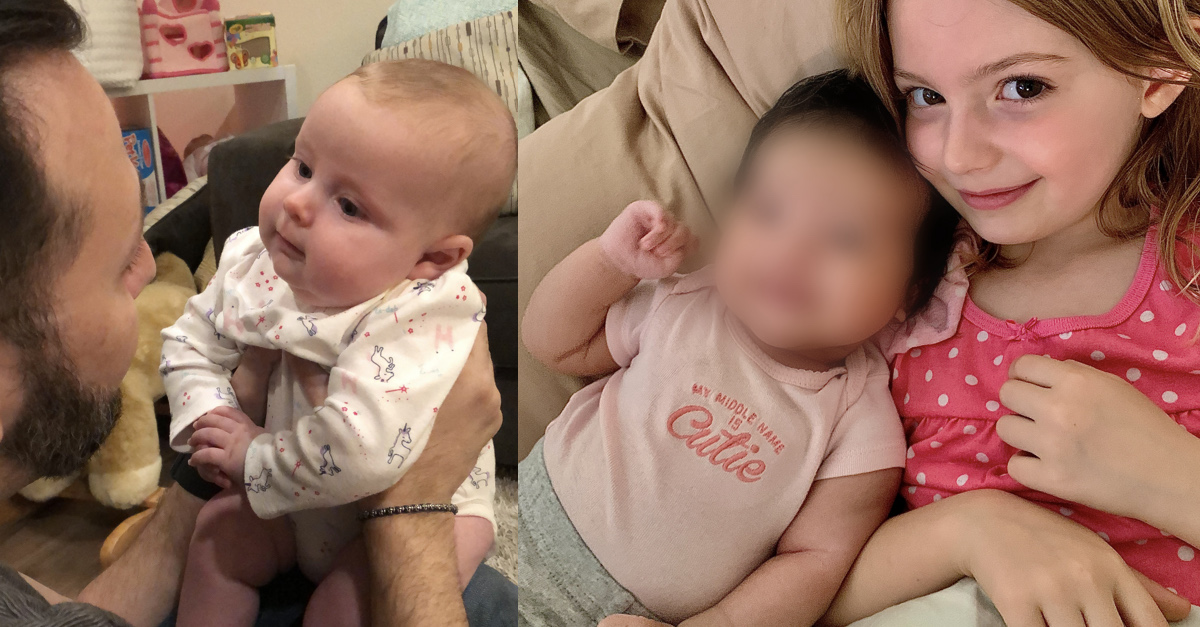 A California couple says that the fertility clinic that was supposed to help them conceive a child actually created a heartbreaking situation that has forever changed their family.

In September 2019, Daphna Cardinale and Alexander Cardinale gave birth to a girl, conceived through in-vitro fertilization (IVF). However, according to a new lawsuit, the California Center for Reproductive Health (CCRH) transferred to Daphna an embryo that wasn’t theirs—and implanted another couple with the Cardinale’s embryo instead.

Now, the Cardinales are suing CCRH, Dr. Eliran Mor, an IVF laboratory, and surgical center over the devastating mistake. The lawsuit covers a range of claims, including negligence, breach of contract, medical malpractice, negligent infliction of emotional distress, and battery.

“CCRH and the other defendants violated that trust in a shocking manner,” the lawsuit says. “CCRH implanted a stranger’s embryo into Daphna, and thus Daphna became an unwilling and unknowing surrogate for an unknown couple whose child Daphna and Alexander were forced to raise.”

The lawsuit details the heartache the family experienced as a result of the switch.

“The Cardinales, including their young daughter, fell in love with this child, and were terrified she would be taken away from them,” the complaint says. “All the while, Alexander and Daphna did not know the whereabouts of their own embryo, and thus were terrified that another woman had been pregnant with their child—and their child was out in the world somewhere without them.”

The second Alexander Cardinale saw the baby, he knew something wasn’t right. She looked nothing like either of her parents, and appeared to be a different race.

“The moment our second daughter was born should have been among the happiest of my life,” Alexander said in a press conference Monday. “But I immediately felt shaken and confused as to why I didn’t recognize her.”

Genetic testing followed, and ultimately confirmed what already appeared to be true: the child wasn’t genetically theirs.

“I was robbed of the ability to carry my own child,” Daphna Cardinale said at a press conference Monday. “I never had the opportunity to grow and bond with her during pregnancy, to feel her kick, or to watch her in ultrasounds. I had no ability to ensure her health and well being during prenatal and postnatal care. Alexander and I are devastated. We missed an entire year of our daughter’s life … we never saw our baby’s entrance into the world.”

Daphna says that her feelings about having to return the child to her biological family, while at the same time receiving her own biological child, are complex.

“The heartbreak and confusion cannot be understated,” she said. “Our memories of childbirth will always be tainted by the sick reality that our biological child was given to someone else, and the baby that I fought to bring into this world was not mind to keep [. . .] There’s no way to describe the pain that we’ve been through.”

Alexander said that learning that their biological child had been born to total strangers made the situation even more painful and confusing.

“When the truth came to light, it made exchanging the children all the more heartbreaking,” Alexander said. “Losing the birth child you know, for the genetic child that you don’t know yet. A truly impossible nightmare that inflicted trauma that will affect my family and me for the rest of our lives.”

Daphna said that the couple’s older daughter, now 7, has also been deeply affected by the ordeal.

“My heart breaks for her, perhaps the most,” Daphna said.

“Telling her at five years old that her sister actually isn’t her sister, [that] a doctor made a mistake, that was the hardest thing in my life,” Alexander said. “How do you explain that to a 5-year-old?”

Since the mix-up was discovered, both babies have been returned to their biological families. The families have since made a concerted effort to stay in each other’s lives.

“We quickly came to the conclusion that it would be pretty devastating for everyone if we were never able to see our birth children again,” Daphna said. “So we have done our best to forge a larger family.”

“They were just as much in love with our biological daughter as we were with theirs,” Alexander added.

The Cardinales said that they had done their research in selecting CCRH, and that Dr. Mor came highly recommended from a friend.

Attorney Adam Wolf, whose law firm specializes in fertility cases like this one, called the case “one of the damaging I have ever seen.” He also claimed that CCRH has a “sordid history” of mixing up and losing clients’ genetic material.

Wolf called California the “wild West” of IVF treatments, and said regulation is necessary in order to protect families.

“The actions of CCRH, In VitroTech Labs and Dr. Mor are highly disturbing,” Wolf said. “The fact that Dr. Mor utilized his own lab, beleaguered by a history of misconduct allegations, for the Cardinales’ IVF treatment without their knowledge makes matters even worse. While it might be hard to believe, fertility disasters like this are becoming more commonplace. This case highlights an industry in desperate need of federal regulation. It’s time to demand accountability from big fertility.”

Wolf said that the other family will also be filing a lawsuit within the week, but that they have decided to keep their identities private.

Although both families have been reunited with their biological daughters, the trauma of the entire experience will stay with her forever.

“After discovering the truth of what had happened to our family, I was overwhelmed with fear, betrayal, anger, and heartbreak,” Daphna said. “It was torture that shook me to my core and forever changed who I am.”

Law&Crime reached out to CCRH and Dr. Mor’s office for comment. We will update this story if we receive a response.

You can read the lawsuit, below.