‘This Case Is Over’: Woman Drops Sexual Abuse Lawsuit Against Bob Dylan After Lawyers Accuse Her of Destroying Evidence 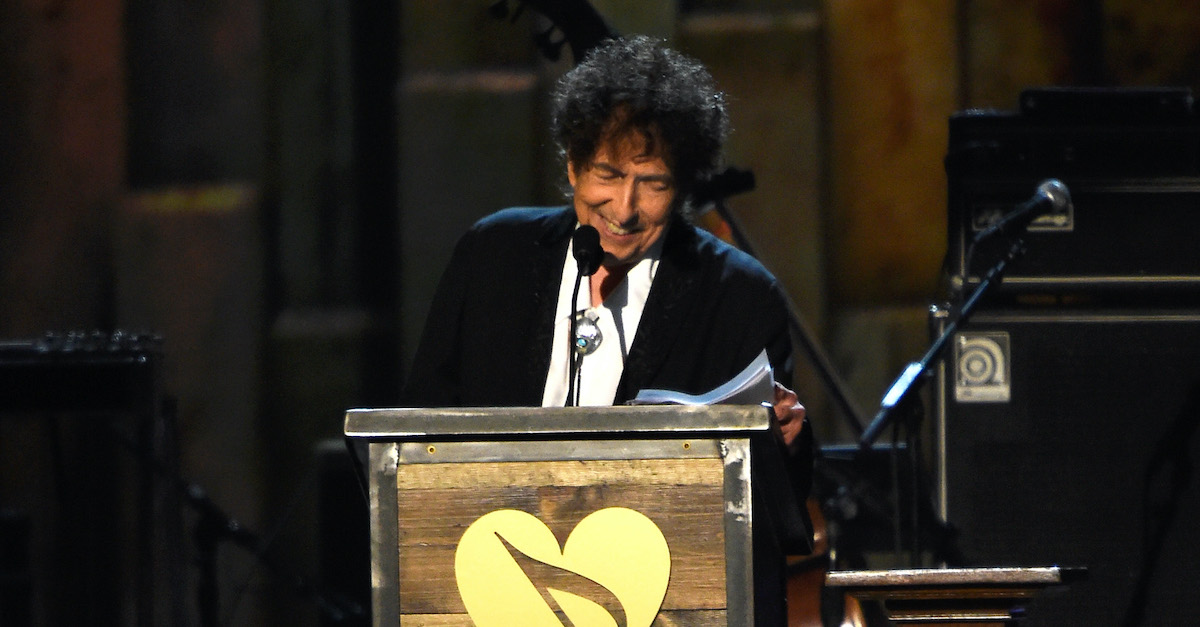 A woman who claimed that folk-rock legend Bob Dylan sexually abused her when she was 12 dropped her lawsuit the day after his legal team accused her of destroying evidence.

The development falls less than a year after the woman sued Dylan anonymously in Manhattan Supreme Court.

Suing only under the initials J.C., the woman said that Dylan plied her with drugs and alcohol and molested her inside the iconic Chelsea Hotel in the spring of 1965. That was the year Dylan shocked many in his fan base by playing the electric guitar at the Newport Folk Festival, launching a rock-and-roll phase of his career.

Dylan removed the case to federal court earlier this year. On Wednesday, the singer and Nobel Prize-winning lyricist’s lawyers told a federal judge that the woman did not produce key emails and text messages, some of which she “deleted.”

“They are emails from 2021 (after the filing of the lawsuit) to and from plaintiff herself discussing—and casting doubt on—the key factual allegations she has made in this lawsuit,” Dylan’s lawyer Orin Snyder wrote. “To put a finer point on it, the other participants in these emails directly question inconsistencies and impossibilities in Plaintiff’s allegations, and plaintiff responds point-by-point in reply emails, which themselves are both internally inconsistent and inconsistent with material allegations in this case.”

Snyder added that his suspicions were confirmed during the deposition of a witness on the email thread.

“At his deposition, the witness testified plaintiff recently reached out to the witness asking him to ‘resend [her] the text that [he] sent [her] about Bob Dylan,’ explaining that she ‘deleted and need[s] it,'” the filing states, emphasizing the word in boldface and underline.

On Thursday afternoon, attorneys for Dylan and the woman had a hearing scheduled inside the Southern District of New York. According to Law360, U.S. District Judge Katherine Polk Failla issued a stern warning to the woman’s legal team that they could face sanctions.

“For the love of God, produce these materials,” the judge reportedly told them. “You understand the consequences if you don’t.”

Billboard reported that her legal team agreed in court to dismiss the case “with prejudice,” meaning it can never be refiled. Snyder told reporters following the proceedings that the woman dropped her claims.

“This case is over,” Snyder confirmed in a statement to Law&Crime. “It is outrageous that it was ever brought in the first place. We are pleased that the plaintiff has dropped this lawyer-driven sham and that the case has been dismissed with prejudice.”

Dylan’s representatives vehemently denied the allegations from the start, telling People magazine that “the 56-year-old claim is untrue and will be vigorously defended.”

The answer to the complaint depicted his still-unknown accuser as a self-professed psychic with a history of making dubious claims and putting forward a “brazen shakedown masquerading as a lawsuit.”

“Mr. Dylan will not be extorted,” his legal team wrote in a blistering, eight-page answer to her complaint. “Mr. Dylan will vigorously defend himself against these lawyer-driven lies and seek redress against all those responsible, including by seeking monetary sanctions against persons responsible for manufacturing and bringing this abusive lawsuit.”

According to Dylan’s lawyers, the accuser’s paid services as a psychic specialized in “‘channeling’ the deceased loved ones of grieving families—for a fee.” She publicly asserted that she was “abducted by aliens and piloted their spaceship,” that she channeled Harry Houdini, and that she could talk to “cats, dogs, and other animals – alive and dead – as well as insects and plants,” they added.

Attorneys for Dylan and the accuser did not immediately respond to Law&Crime’s press inquiries, which were sent before business hours on Pacific Time.