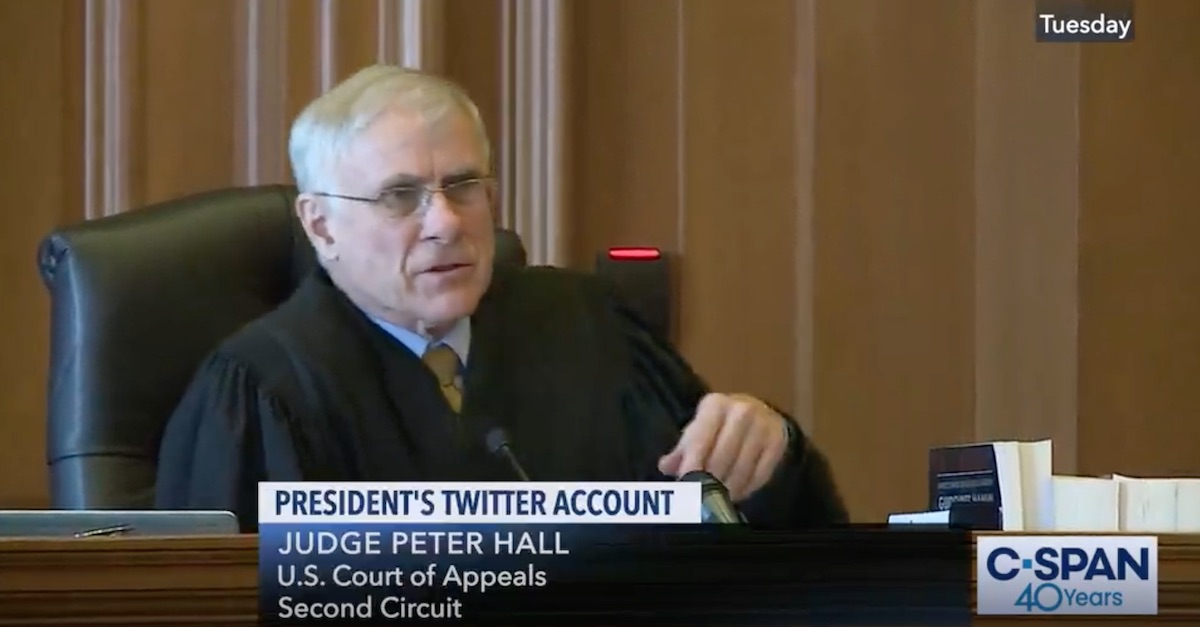 A U.S. Circuit Judge who assumed senior status exactly one week ago has died, the court announced on Thursday. Peter W. Hall, who was 72 years old, died in Rutland, Vermont, where he lived.

Hall was appointed by then-President George W. Bush to the U.S. Court of Appeals for the Second Circuit in 2004. Seven days ago, Hall took senior status, a semi-retirement role on the court that opened up a judicial vacancy for President Joe Biden to fill.

Statements praising Hall’s years on the court and his influence on and mentorship of young lawyers soon followed. So did local news articles headlined, “Federal Judge Peter Hall looks to slow down.”

Chief Judge of the Second Circuit Debra Ann Livingston said in a statement on Thursday that Hall was a “beloved colleague, and this is a grievous loss for our Court and for all of our judges.”

“Over the course of nearly seventeen years on the Court of Appeals, Judge Hall distinguished himself as a thoughtful and humane jurist. He was generous with his colleagues and ever considerate in matters both big and small,” Livingston said. “Judge Hall was committed to public service and taught us all by his example. He was a kind and very dear friend. This is a sad day for the judges of the Court of Appeals.”

Hall, also a former U.S. Attorney in Vermont, is survived by his wife Maria Dunton, five children and five grandchildren, according to the court.

A cause of death was not revealed. Bloomberg Law reported that Hall “had been listed as ‘unavailable’ on several rulings prior to his retirement for which he was part of the panel.”

“Peter Hall lived a life of fidelity to principles, kindness to individuals, and service to the human community,” the court said. “He will be greatly missed.”