Impeached Federal Judge, Whose Removal from Office Was Fodder for Critics of Donald Trump and Hillary Clinton, Dies at 74 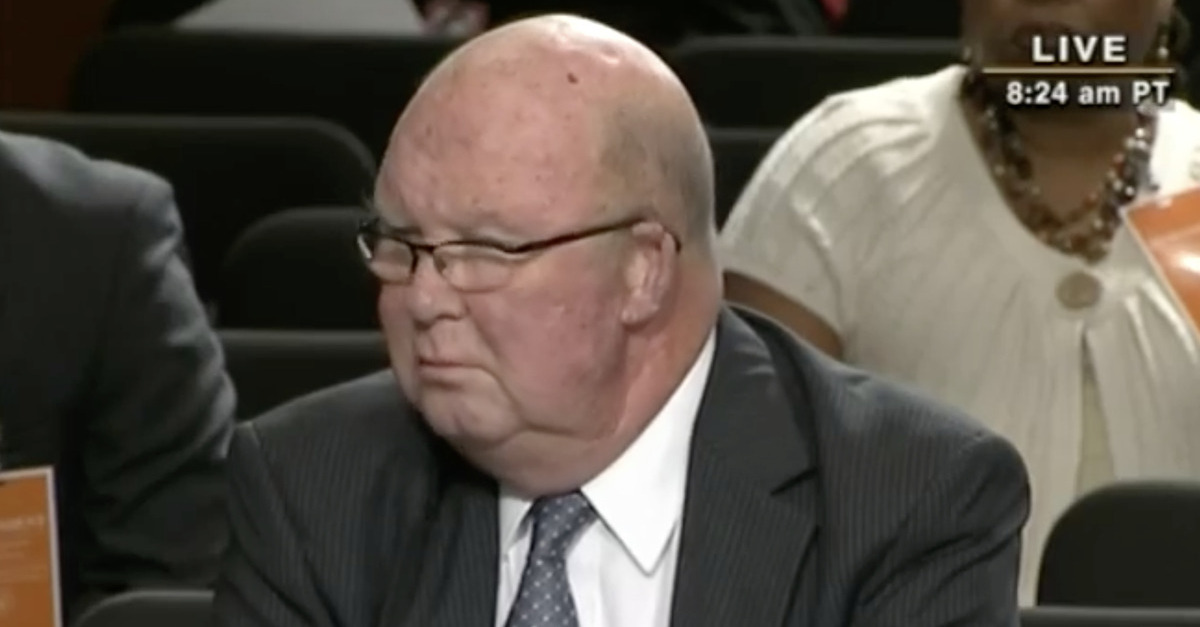 Former U.S. District Judge Thomas Porteous died Sunday at the age of 74. Porteous, who served a decade on Louisiana’s 24th Judicial District Court before being appointed as a federal judge by then-President Bill Clinton in 1994, was impeached, tried, convicted, and removed from the bench in 2010.

Porteous was the most recent federal official removed from office following a conviction on articles of impeachment, and only the eighth judge ever to be removed from office. His notoriety, however, increased after his own impeachment — first as Hillary Clinton became the frontrunner in the 2016 presidential election and later as Donald Trump was impeached.

Porteous was impeached after Congress conducted a lengthy investigation and concluded that he had been involved in corruption, committed perjury, and accepted bribes from lawyers practicing in his court. Porteous also attempted to conceal his sordid past during the confirmation process.

Impeachment proceedings against Porteous were swift and fierce. The House of Representatives raised four Articles of Impeachment against him for (1) engaging in a pattern of conduct that is incompatible with the trust and confidence placed in him as a Federal judge; (2) engaging in a longstanding pattern of corrupt conduct that demonstrates his unfitness to serve as a United States District Court Judge; (3) knowingly and intentionally making false statements, under penalty of perjury, related to his personal bankruptcy filing and violating a bankruptcy court order; and (4) knowingly made material false statements about his past to both the United States Senate and to the Federal Bureau of Investigation in order to obtain the office of United States District Court Judge.

Porteous was unanimously convicted by the Senate on the first article by a vote of 96-0. He was removed from office on that ground before later being convicted on the three other articles by votes of 69-27, 90-6, and 94-2, respectively. Porteous was disqualified from ever holding federal office, although Turley had already announced that his client would resign from the federal bench if not officially disqualified.

The Porteous impeachment became a major point of public discussion in 2016. As Law&Crime noted at the time, speculation ran rampant that Hillary Clinton might face an immediate impeachment if she won the presidency. Impeachment experts were skeptical, however, as to the legality of any proceeding that centered on Clinton’s inappropriate email use and “potential violations of the statutes regarding the handling of classified information,” as the critical events almost entirely predated her possible ascension to the presidency. By contrast, experts generally agreed, impeachment is a tool to be used solely for malfeasance committed while a person is in office.

Porteous’ impeachment, therefore, became a near-match for what Hillary Clinton critics were attempting. Porteous’ misdeeds did occur while he was a state court judge — before he was appointed to a federal bench by Bill Clinton. Porteous’ confirmation process, however, was also central to his impeachment, as the entire process was found to have been tainted with fraud. By contrast, the Clinton email scandal was perhaps as public as any scandal ever has been.

After Donald Trump took office, talk of impeachment also began immediately. The same issue, however, arose: timing. Many pointed to Trump’s misdeeds prior to his presidency as potential fodder for impeachment, but the same legal arguments against pre-office impeachment were raised. To those arguments, the Porteous impeachment stood as decade-old evidence that there is at least some precedent for such action. Again, though, Porteous’ cover-up during his confirmation hearing was an important distinction.

Porteous’s conviction by the Senate ended his legal career. His funeral mass is scheduled to take place on Thursday at noon in Metairie, Louisiana.