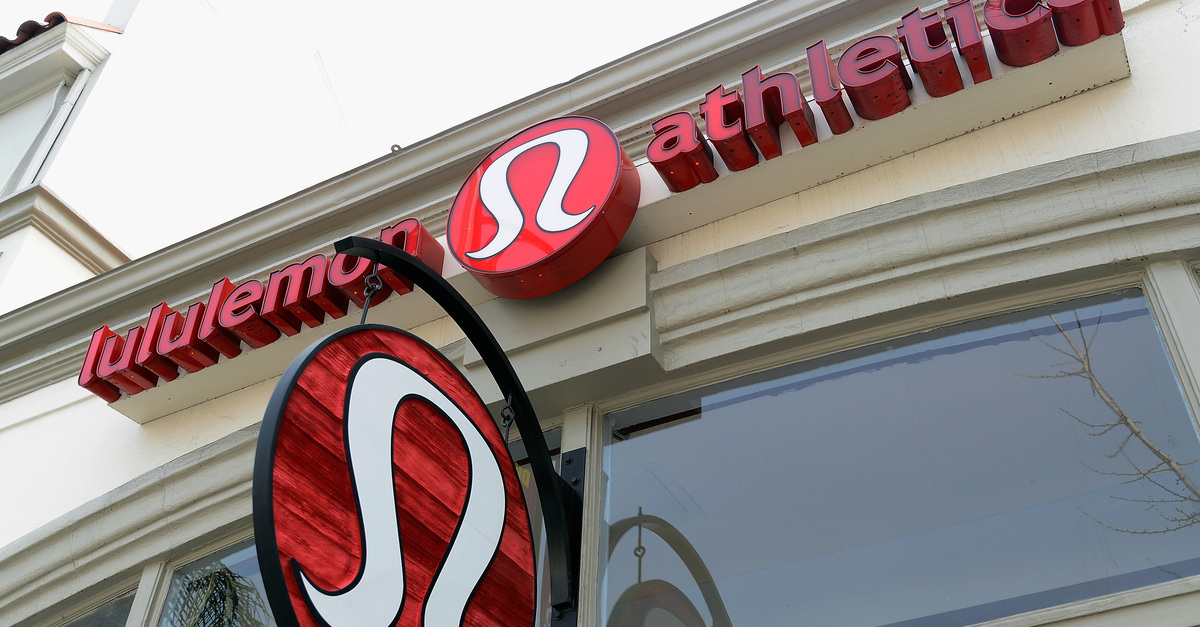 A sign is displayed on a lululemon retail store in California showing the retailer’s name and service mark.

Athleisure giant lululemon (the name is officially stylized in lowercase type) just successfully defended a $20 million trademark lawsuit — in large part because its yoga clothes are expensive and appeal to consumers who know what they’re buying.

The U.S. Court of Appeals for the 9th Circuit upheld a summary judgment ruling in favor of lululemon, thereby ending a massive claim for trademark infringement over the company’s use of the name “Align” in one of its yoga lines.

A Los Angeles-based competitor called Aliign Activation Wear (AAW) sued lululemon and the company willfully infringed on AAW’s trademark. In its complaint, AAW alleged that it had been using the name “Aliign” since at least 2011, before lululemon began its own line of products with a similar-sounding name.

Lululemon started selling its “Align” yoga mats in 2008. Then in 2015, lululemon started placing the “Align” label on yoga apparel, and proceeded to market over $1 billion worth of leggings and other apparel.

In 2016, lululemon filed a trademark application for “Align.” Thereafter, AAW also attempted to trademark “Aliign,” but had its application rejected based on “likelihood of confusion.” AAW sued lululemon for infringement, claiming that it had created reverse confusion with its Align line of athletic apparel, bags, and yoga mats. AAW sought damages, attorneys fees, and destruction of all “Aliign” or “Align” labels and signs.

In trademark law, “reverse confusion” occurs when a junior user of a mark engages in such extensive promotion of goods that consumers will mistakenly believe the senior user’s goods are associated with the junior user.

Lululemon won in district court at the summary judgment phase. The 9th Circuit affirmed on Tuesday in a brief order:  “The district court correctly held that no reasonable jury could find for AAW on its reverse confusion theory.”

The panel was comprised of U.S. Circuit Judges A. Wallace Tashima (A Bill Clinton appointee) and Paul Watford and Michelle Friedland (both Barack Obama appointees). In an unsigned 5-page memorandum, the panel upheld the district court’s ruling in favor of lululemon.

The court ruled that the most significant factor in its decision was the distinct marketing methods used by each company. The court pointed to the “near absence of any overlap in marketing or distribution” between the two retailers. Lululemon primarily sells its on its website and at brick-and-mortar stores; by contrast, AAW sells on its website and had “limited distribution in Urban Outfitters in 2014.” Furthermore, lululemon’s pants feature the “distinctive lululemon house mark” which further diminishes any chance of confusion. Given that shoppers would be clear which website or which store from which they purchased products, the risk of confusion would be minimal, the court ascertained.

As for the relevance of the similar names — lululemon’s “Align” versus “Aliign Activation Wear” — the court concluded as follows: “Lululemon has been using the word ‘Align’ in conjunction with its yoga mats since 2008, three years before AAW began to sell apparel.”

“The evidence here also indicates that both companies’ yoga products are far more expensive than other yoga products and thus one would expect that consumers would exercise a high level of care before purchasing anything from Aliign or lululemon,” the court said.  “That level of care reduces any likelihood of confusion.”

Because “no reasonable consumer is likely to believe that AAW is somehow the source or sponsor of lululemon’s products,” the court ruled that the district court’s dismissal had been appropriate.

Counsel for the parties did not immediately respond to requests for comment from Law&Crime.

The court’s unpublished decision (meaning it carries little to no precedential value) is below: