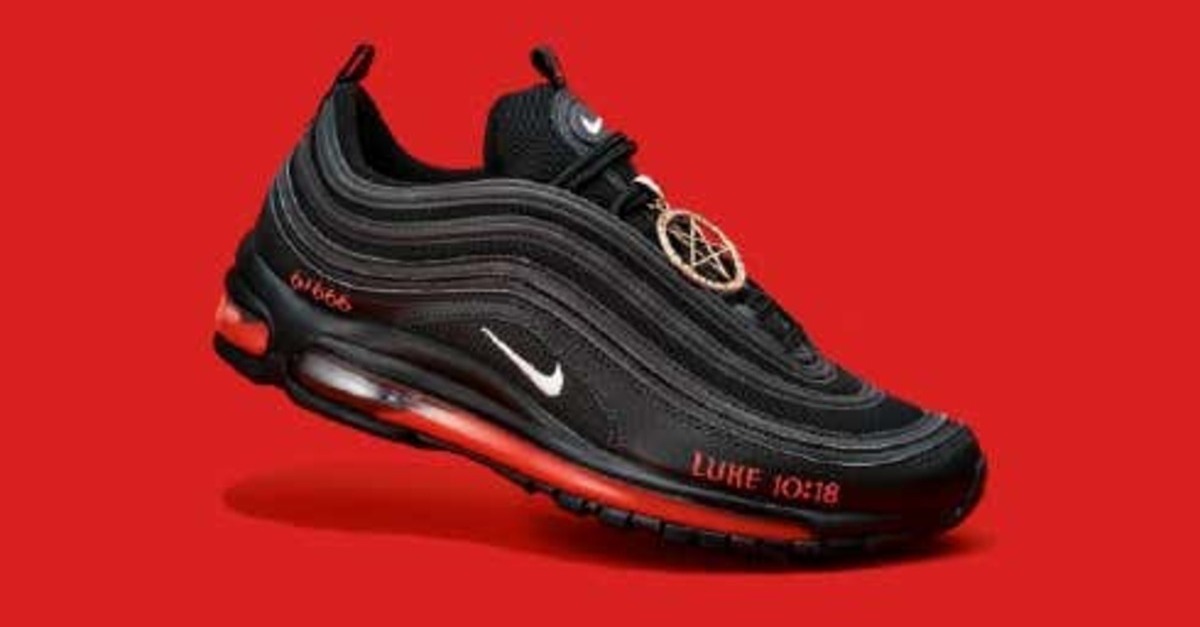 MSCHF, a Brooklyn manufacturing company, created the “Satan Shoes,” which incorporated drops of its employees’ blood into the soles of the shoes, along with affixing bronze pentagram charms to the shoes’ upper. Each pair initially sold for $1,018 — and all 666 pairs manufactured sold out in less than a minute. The modified version of the Nike shoes were featured in a scene of rapper Lil Nas X’s biblical-themed music video.

Before creating the Satan Shoes, MSCHF produced the “Jesus Shoe,” another unauthorized modified line of Nikes. The “Jesus Shoe” model contained holy water instead of blood, and a crucifix instead of a pentagram.

Nike has “ Satans Shoe “ and they also have “ Jesus Shoe “ so what’s the big deal #jesusshoes #SatanShoes #nike pic.twitter.com/5ETUfPVgyd

Many consumers noticed that Nike did not file a lawsuit over the Jesus Shoes, but did file one after the Satan Shoes were released.

Interesting given Nike didn’t sue when MSCHF used their kicks in the Jesus shoe. Guess it’s all in the association… https://t.co/Wu1xQRW5CK

MSCHF’s attorney, David H. Bernstein, characterized the “Satan shoes” as art “intended to comment on the absurdity of the collaboration culture practiced by some brands, and about the perniciousness of intolerance.” Shortly after Nike’s lawsuit was filed, a federal judge issued an injunction halting all sales of the shoes.

Although the terms of Nike’s settlement with MSCHF have been primarily kept confidential, one important aspect of their agreement has been widely announced. MSCHF will conduct a “voluntary recall” by offering refunds to to anyone wishing to return either the Satan or Jesus sneakers.

Referencing a key aspect of trademark rights, Nike’s statement about the settlement specifically invited purchasers who may have been “confused” to seek any desired refunds.

Nike settled its lawsuit with MSCHF over the Satan Shoes customs today. Statement from Nike: pic.twitter.com/vZOaaRTgf8

[image from exhibit in Nike lawsuit]