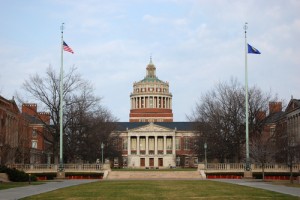 This is an article for LawNewz.com, a new Abrams media website covering law and crime launching next week.

As if the horror couldn’t get any worse, indictments unsealed in the case of the two-day beating and kidnapping of University of Rochester students now include predatory sexual assault.

The victims were both college seniors and were reported missing on December 5th. Prosecutors allege in the just unsealed indictment that they underwent “extreme torture” in a “dungeon” before they were released after a 40-hour SWAT situation. The suspects also demanded that the college students turn over their money, credit cards, and pin numbers at gun point, according to police.

The house where it happened is about three miles away from campus, and it is not clear at this time the connection to the victims. The suspects are from out of town.

Two suspects are scheduled to be arraigned Jan. 20, the others will appear in state Supreme Court in March.