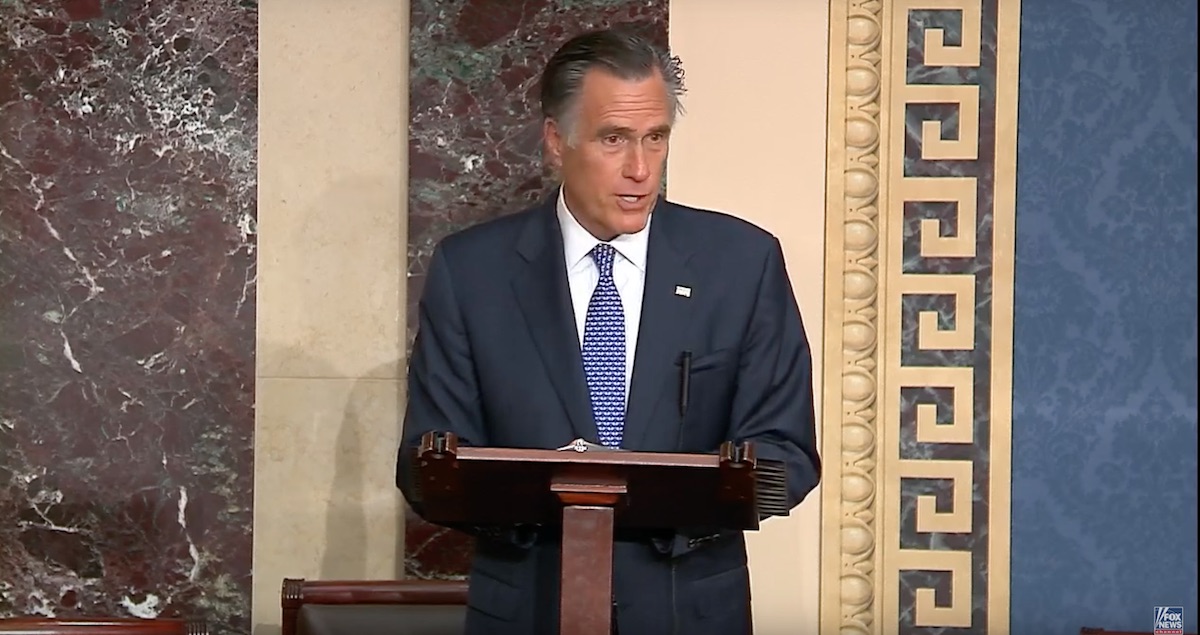 Sen. Mitt Romney (R-Utah) on Wednesday, citing his “profoundly religious” beliefs and the oath he swore to do “impartial justice,” announced that it was his belief that President Donald Trump was guilty of an appalling abuse of power.

FULL REMARKS — @SenatorRomney: "The grave question the Constitution tasks senators to answer is whether the president committed an act so extreme and egregious that it rises to the level of a high crime and misdemeanor. Yes, he did." pic.twitter.com/fbIhPG12IO

“The grave question the Constitution tasks senators to answer is whether the President committed an act so extreme and egregious that it rises to the level of a high crime and misdemeanor. Yes, he did,” he said on the Senate floor.

Romney said: you don’t need a statutory crime to impeach; Joe Biden and Hunter Biden were wrong to ignore conflicts of interest, but no evidence showed crimes were committed; it was clear Trump sought investigations of them for political and personal reasons.

“There’s no question in my mind that were their names not Biden, the president would never have done what he did,” Romney said.

“I believe that attempting to corrupt an election to maintain power is about as egregious an assault on the Constitution as can be made,” he continued. “And for that reason, it is a high crime and misdemeanor, and I have no choice under the oath that I took but to express that conclusion.”

Romney is expected to be the only Senate Republican to convict the president, though he will vote to acquit Trump on the obstruction of Congress charge.  Romney said he was pressured to “stand with the team,” but said his conscience told him to do the opposite.

Sen. Mitt Romney on pressure to "stand with the team": "I support a great deal of what the president has done…but my promise before God to imply impartial justice required that I put my personal feelings and political biases aside." https://t.co/pZ46hjTyU1 pic.twitter.com/DrQTwgydDl

“As a senator juror, I swore an oath before God to exercise impartial justice. I am profoundly religious. My faith is at the heart of who I am,” he said.

Romney said he fully expects to be ostracized and attacked for his decision.

No House Republicans voted in favor of either of the articles of impeachment. The historical upshot:

Romney will become the first US Senator in American history to vote to remove a president of his own party.