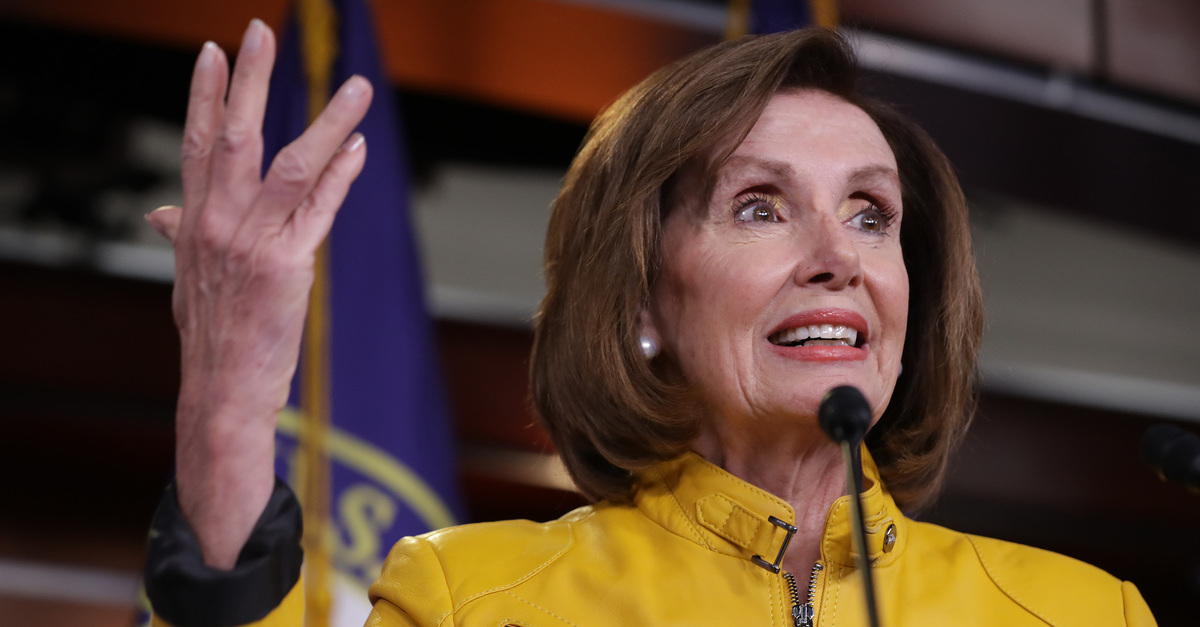 “I don’t know how they can retain their lawyer status, in the comments that they’re making,” Pelosi told an assemblage of reporters in Washington, D.C. on Thursday.

Jeffrey Epstein’s former attorney Alan Dershowitz caught a significant amount of flak after arguing that almost anything a president does to reelect himself ipso facto cannot be considered impeachable conduct. The most charitable reading of those comments would contextualize the discussion as Dershowitz’s stab at exploring a corrupt motive.

Per the Harvard Law professor, any such presidential action keyed toward reelection is arguably in the interest of the nation writ large and therefore that conduct would not provide a criminal-like motive for impeachment. But that’s not really what he said.

Here’s exactly how Dershowitz said it:

Dershowitz later attempted to explain away those comments but his after-the-fact defense was largely perfunctory and unintelligible.

Another much-mocked episode emanating from Trump’s defense team was the thesis of their opening argument.

“The articles of impeachment violate the Constitution,” lawyers Jay Sekulow and Pat Cipollone said during the trial’s early days. “They are defective in their entirety.”

There was also the minor issue of Cipollone lying about the 2020 election at the outset of the defense’s case.

And who could forget Cipollone breathlessly whinging about the process itself—a process dictated by the U.S. Constitution—and the mountain of ridicule that easily accrued?

“I want to ask you to think about one issue regarding process–beyond process,” Trump’s attorney said last weekend. “If you were really interested in finding out the truth, why would you run the process the way they ran? If you were really confident in your position on the facts, why would you lock everybody out of it? From the president’s side. Why would you do that? We will talk about the process arguments but the process arguments also are compelling evidence on the merits because it’s evidence that they themselves don’t believe in the facts of the case.”

But there was also Cipollone’s falsehood about what went on in the SCIF–and at least legal ethics scholar has argued the Cipollone should not have been allowed to represent the president at the impeachment trial.

Pelosi’s call for Trump’s attorneys to lose their law licenses is likely to land on welcoming ears that have been repeatedly outraged by the president’s legal defense thus far.

The San Francisco Democrat earlier caused a stir—and elicited some eye-rolling from a noted legal expert—when she argued that an honest-to-goodness acquittal for Trump on impeachment charges was impossible unless the Senate itself heard from witnesses.