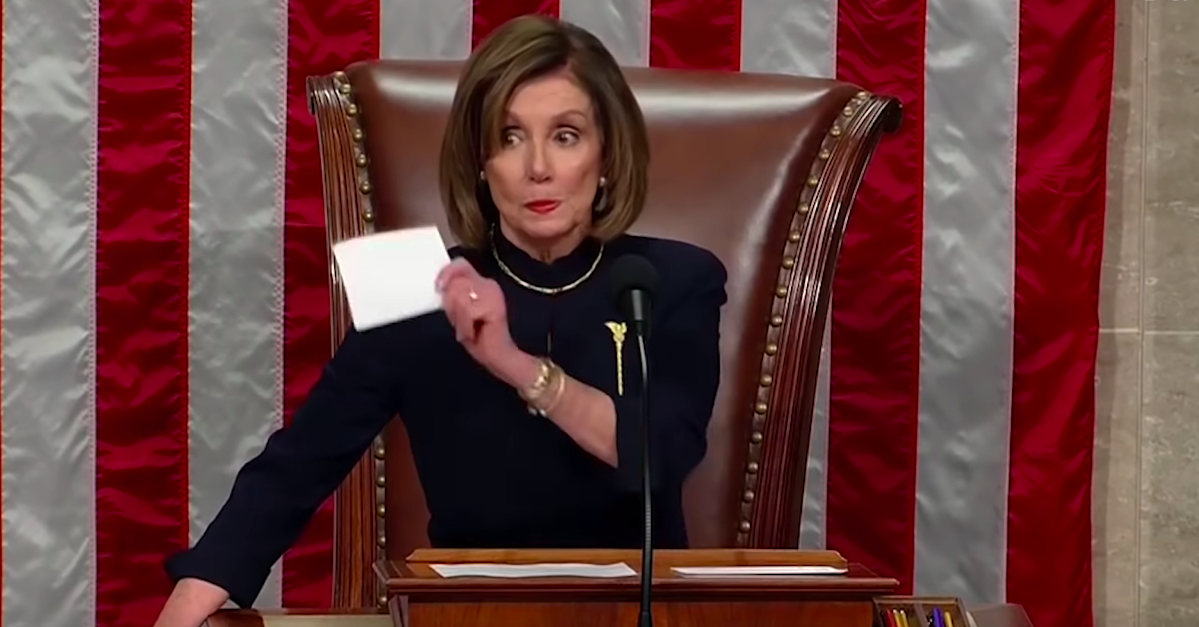 House Majority Leader Nancy Pelosi (D-Calif.) has caused serious damage to the public’s perception of Congress and to the branch’s own power, according to a lawyer, legal analyst and law professor who teaches a course on impeachment and politics.

Pelosi addressed reporters on Thursday morning and gave a series of self-congratulatory remarks that cast President Donald Trump’s defense as some sort of novel constitutional aberration.

While extolling the virtue of her own party in general and Democratic Party impeachment managers specifically as “magnificent custodians of the Constitution,” the liberal California mainstay explicitly denigrated the 45th president’s efforts to save himself from being removed by the U.S. Senate—and she did it with an odd and arguably tone-deaf paean to the legal profession.

“The president’s team is there to dismantle the Constitution of the United States,” Pelosi alleged. “And some of them are even lawyers.”

Also on Pelosi’s agenda was the evergreen subject of additional witnesses. And for that, 79-year-old politician marshaled the grouse and the grumble.

Those comments—aside from being technically inaccurate—were quickly assailed as harmful and reckless by Tulane Law Professor and CNN legal analyst Ross Garber.

“Speaker Pelosi’s remark about Trump not really being acquitted unless there are more witnesses is irresponsible,” Garber noted via Twitter. “This whole impeachment/trial episode has diminished the institution of the Congress.”

The impeachment lawyer elaborated on what he meant in an email to Law&Crime:

I’ve been saying on CNN and Twitter for many months that the House Democrats bungled the impeachment at virtually every stage, and they have failed in spectacular and predictable fashion. Their investigation was startlingly incomplete. They failed to build public opinion. The vote to impeach was solely partisan. They will not come close to obtaining a conviction. And they also demonstrated, in the most high profile way, an inability by Congress to enforce its subpoenas or meaningfully check executive authority. If anything, the impeachment process has allowed Donald Trump and the Presidency to accrete power.

“If tomorrow’s vote fails, they will not permit him or anyone else to testify,” impeachment manager Rep. Jerrold Nadler (D-New York) said on Thursday—conceding it “might be” a good idea for Democrats to actually subpoena such an allegedly crucial witness.

“House [Democrats] could have issued a subpoena for Bolton’s papers yesterday, or last week, or last month…” Garber later added.