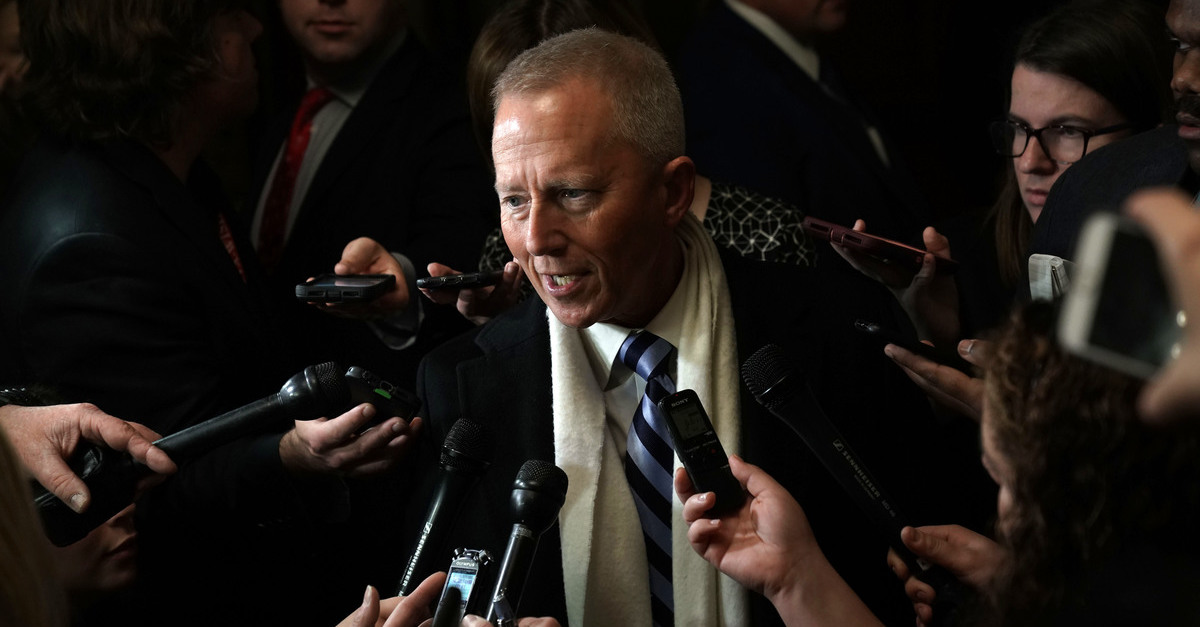 Representative Jeff Van Drew (D-N.J.) announced on Tuesday afternoon that he was opposed to the House’s impeachment inquiry into President Donald Trump.

“I would imagine that I’m not voting for it,” Van Drew reportedly told NBC News’s Alex Moe.

According to Moe, the New Jersey Democrat said he had never supported the impeachment inquiry into the Ukrainian scandal.

Van Drew previously expressed his cool feelings toward impeachment in an interview with NBC News. He said:

Later in that interview, Van Drew also unloaded disdain for Democratic Party voters in his own district who favor impeachment.

He criticized Democrats who support impeachment–and have been critical of his anti-impeachment stance–as cultural-political creatures for whom impeachment is “part of their lifestyle.” Van Drew also said: “Republicans actually very much like my point of view.”

“Impeachment, first of all, will fail because it’s not going to go through the Senate,” he said–confusing the House’s role with that of the U.S. Senate. “So, at the end of the day, President Trump will still be the president…and he’ll still be the Republican candidate.”

Van Drew has long been at odds with his party’s leadership. His first vote in the House of Representatives was a in opposition to Nancy Pelosi serving as Speaker–which was marked as Van Drew voting “present” under House leadership election rules.

Van Drew is a dentist by trade and has been in politics for over a decade. He previously served in the New Jersey State Senate before running in the Democratic Party for New Jersey’s 2nd congressional district in 2018. Van Drew beat his nearest Democratic rival by just under 10,000 votes and later went on to defeat GOP candidate Seth Grossman by 52-46 percent.

The New Jersey Democrat is a member of the conservative Blue Dog Coalition–a group of congressional Democrats who frequently vote against the party’s leadership and base on various issues. Notably, the Blue Dogs align with GOP notions surrounding “fiscal conservatism” while supporting ever-increasing amounts of funding for the military-industrial complex.

The official impeachment inquiry vote is scheduled for this Thursday.

Law&Crime reached out to Van Drew’s office for additional comment on this story but no response was forthcoming at the time of publication.

Van Drew is not the only Democrat to resist the call to impeach.