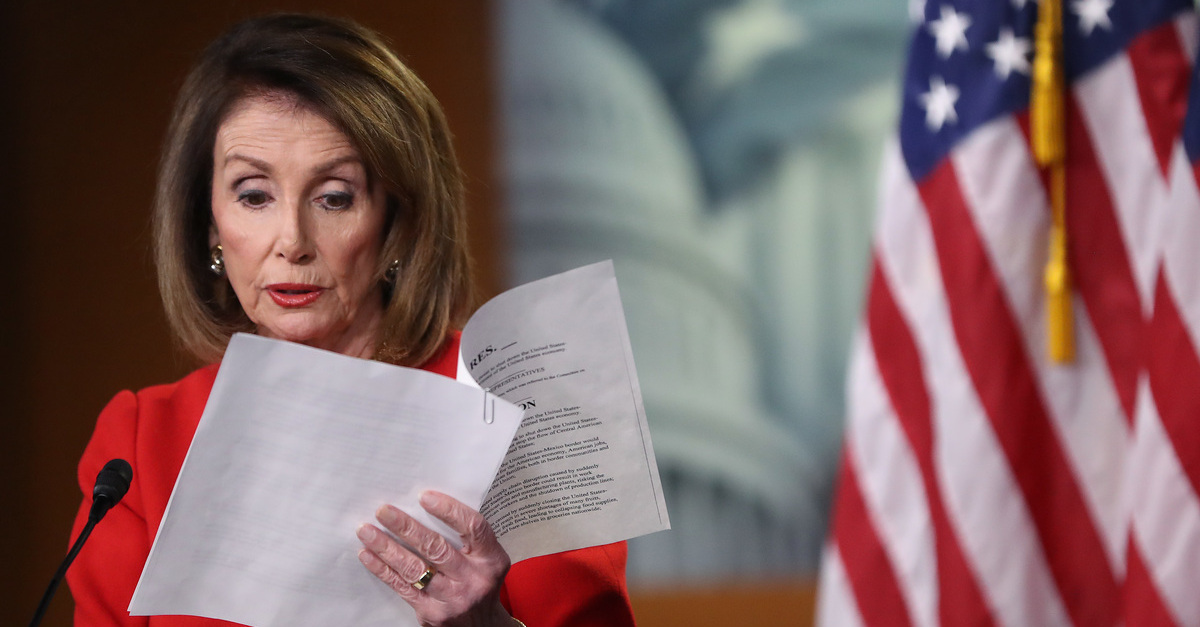 House Democrats on Tuesday told a federal court that their ongoing impeachment inquiry necessarily involves a tranche of secret grand jury materials utilized by former special counsel Robert Mueller in his report on election interference and obstruction of justice.

Last Friday, an emphatic court order by U.S. District Judge Beryl A. Howell instructed the Department of Justice (DOJ) to provide congressional investigators with those disputed grand jury materials. That order catalogued–and shot down–myriad arguments by the Trump administration in favor of continued secrecy along with criticisms directed at the DOJ’s own argumentative techniques.

On Monday, DOJ attorneys complained the agency would be “irreparably harmed” if those grand jury materials were released. In that filing, Attorney General William Barr’s subordinates moved for a stay of that prior decision pending their motion before the D.C. Court of Appeals.

That previous court filing by the DOJ argued: “The Speaker has announced that the House impeachment inquiry will focus narrowly on the whistleblower complaint and issues surrounding Ukraine.”

“Although the [House Judiciary Committee] claims that it needs the information promptly because it continues to investigate matters connected to the Mueller Report, there appears little dispute that, for now, that investigation is secondary,” the DOJ earlier argued. “Congressman [Adam] Schiff and the House Intelligence Committee—not the Judiciary Committee—is the lead committee heading the congressional investigation.”

DOJ principally argues that the [grand jury] materials the [House Judiciary] Committee seeks are not related to the House’s ongoing impeachment inquiry, which DOJ asserts “will focus narrowly on the whistleblower complaint and issues surrounding Ukraine.” DOJ is wrong about the scope of the House’s inquiry: as the Committee confirmed at oral argument, “it’s not just Ukraine that’s the focus.”

Again the House’s motion in opposition to DOJ’s requested stay:

After referencing “several months” of “investigat[ions]” by House “Committees” to “gather all the relevant facts and consider whether to … approv[e] articles of impeachment,” Speaker Pelosi “direct[ed] … six Committees”—including the Judiciary Committee, and not just [the House Intelligence Committee]—“to proceed with their investigations under that umbrella of impeachment inquiry.” For months, the Judiciary Committee has been investigating the substantial evidence of misconduct detailed in the Mueller Report as part of the Committee’s consideration of “whether to approve articles of impeachment with respect to the President.”

The filing, by way of a footnote, also says the DOJ is flat-out wrong about their interpretation of Pelosi’s remarks about the inquiry’s focus.

“Although DOJ again argues—based solely on a Washington Post article—that the Judiciary Committee’s inquiry into these issues is “secondary” to [the House Intelligence Committee’s] Ukraine inquiry, that contention lacks merit for the reasons stated above.”