House Impeachment Managers Reply to Trump’s Impeachment Memo: Calling That ‘Implausible Would Be an Act of Charity’ 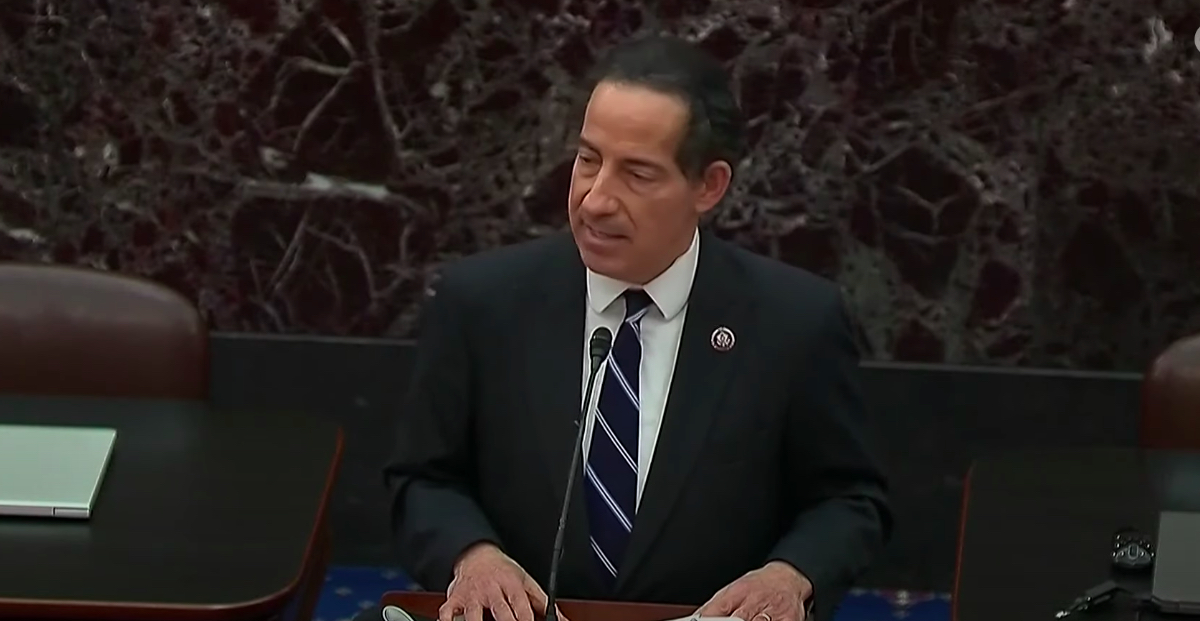 The nine House Democrats tasked with making that case that Donald Trump should be convicted by the Senate for inciting an insurrection responded to a brief that the former president’s attorneys filed on Monday, calling the arguments therein “implausible” and “legally flawed” in the face of “overwhelming” evidence of guilt.

The 5-page brief addressed several of Trump’s most prominent objections (e.g., the Constitution prohibits impeaching former officials that have left office; Trump’s speech was protected by the First Amendment).

Trump was impeached last month for incitement of insurrection after his Jan. 6 protest rally led to his supporters storming the U.S. Capitol Complex to prevent the Senate from ratifying President Joe Biden’s Electoral College victory. The articles of impeachment alleged that Trump’s false claims that the 2020 election was stolen and his speech at the protest rally encouraged the ensuing destruction and terror.

The brief began by addressing Trump’s argument that as a private citizen he was no longer able to be tried in the Senate.

“The Framers’ intent, the text of the Constitution, and prior Congressional practice all confirm that President Trump must stand trial for his constitutional crimes committed in office,” House impeachment managers wrote. “Presidents swear a sacred oath that binds them from their first day in office through their very last. There is no ‘January Exception’ to the Constitution that allows Presidents to abuse power in their final days without accountability.”

As reported by Law&Crime earlier Monday, one of the law professors who was cited by Trump’s attorneys 15 times in support of this argument said the former president’s brief was filled with “flat-out misrepresentations” of his work.

As for Trump’s contention that his words were political speech constitutionally protected by the First Amendment, the impeachment managers said it was “utterly baseless” as a “matter of law and logic.”

“To call these responses implausible would be an act of charity. President Trump’s repeated claims about a ‘rigged’ and ‘stolen’ election were false, no matter how many contortions his lawyers undertake to avoid saying so. When President Trump demanded that the armed, angry crowd at his Save America Rally ‘fight like hell’ or ‘you’re not going to have a country anymore,’ he wasn’t urging them to form political action committees about ‘election security in general,’” they wrote. “[T]o be clear, this is not a case about ‘protected speech.’ The House did not impeach President Trump because he expressed an unpopular political opinion. It impeached him because he willfully incited violent insurrection against the government. We live in a Nation governed by the rule of law, not mob violence incited by Presidents who cannot accept their own electoral defeat.”

The trial begins in the Senate on Tuesday.