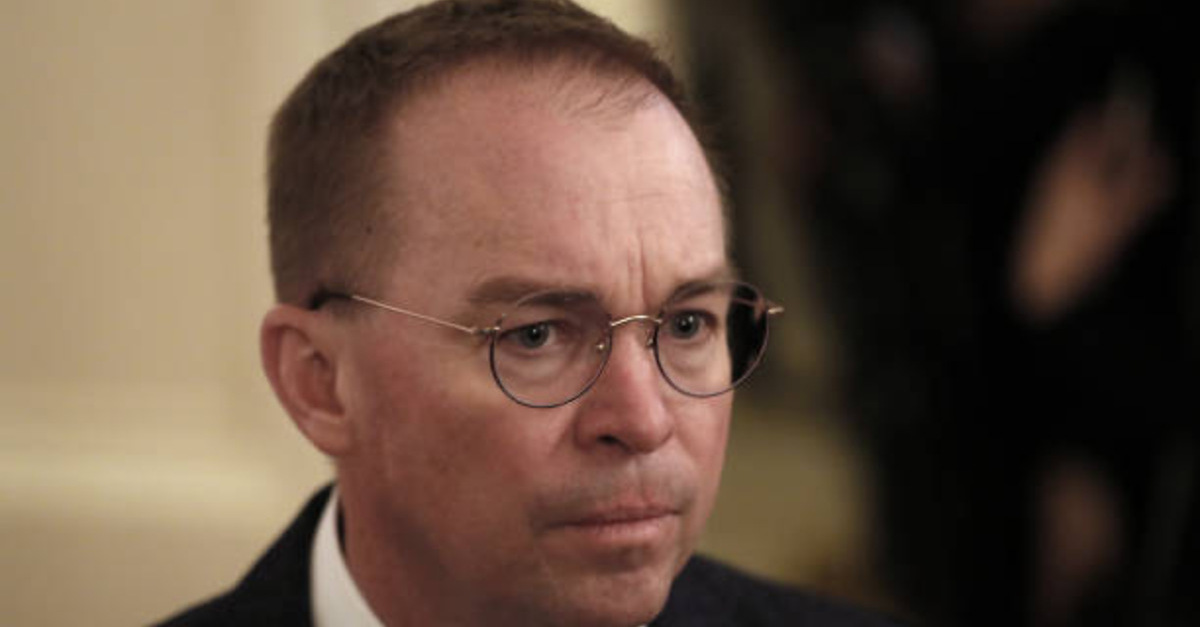 Released by the Office of Management and Budget (OMB) per the terms of a court order, the 192-pages-worth of heavily-redacted emails came to light through an exceptionally well-timed Freedom of Information Act (FOIA) request. That FOIA request was initiated and then pressed in the courts by American Oversight, a nonprofit focused on government transparency issues.

Observers immediately noticed that many of those FOIA-produced documents had not been provided to the House of Representatives—though all would have been considered relevant and responsive to the Democratic Party’s impeachment investigations in the House.

The bizarre turn of disclosure shocked and outraged Sen. Patrick Leahy (D-Vt.), who harshly criticized the Trump administration and its GOP allies in Congress over their continued use of raw power to stonewall—as well as the way those emails were released.

“While Senate [Republicans] voted to blindfold the Senate to key docs [and] witnesses that Trump blocked the House from considering, thanks to [FOIA] more damning bits [and] pieces of the truth emerged late LAST NIGHT about Trump’s ILLEGAL Ukraine aid freeze,” Leahy angrily tweeted.

Despite RAMPANT abuse of FOIA exemptions [and] redactions (literal cover ups), the docs show [White House] staff laying the groundwork for the unlawful aid hold, the DAY BEFORE and EVEN DURING Trump’s infamous call with [Ukrainian] Pres. [Volodymyr] Zelensky. Don’t Americans deserve the full story?

Leahy’s concerns are largely borne out by the documents themselves. Most are blacked out with the official censor’s digital pen—almost entirely. But the emails do show White House and Republican operatives discussing the aid withholding scheme days before Trump spoke with Zelensky and allegedly attempted to leverage that aid into an investigation aimed at potential 2020 foe Joe Biden.

The first email in the document release is dated June 19, 2019 and was sent by Michael Duffey, a GOP apparatchik who Trump appointed head of national security programs at OMB. The recipient of that first email was Russell Vought, a movement conservative who Trump chose to help Mick Mulvaney spearhead OMB functions as the latter served out his dual role playing the 45th president’s acting chief of staff. All three have declined to testify in the impeachment inquiry.

The email itself contains a forwarded news article regarding a certain congressionally-authorized $250 million aid package for the Ukrainian military.

“Looking into options and will follow-up,” Duffey told Vought in the first email.

The contents are all-but fully redacted: 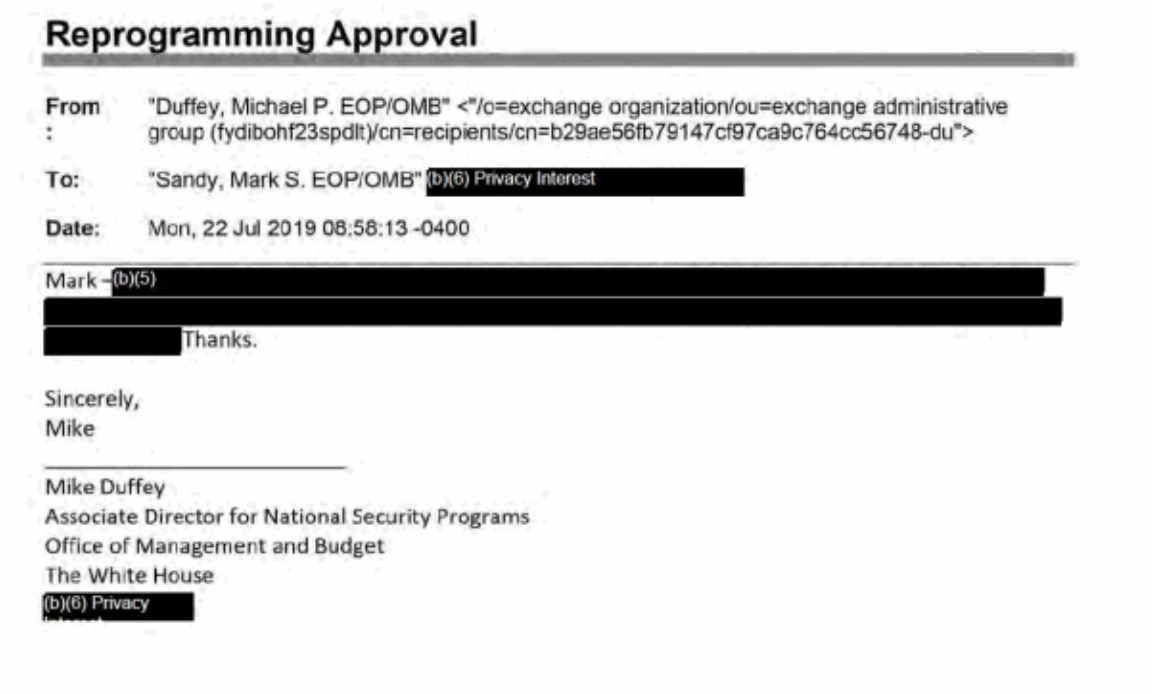 A second e-mail chain, actually sent during the Trump-Zelensky call as Leahy noted, appears to detail what happened next:

American Oversight’s Executive Director Austin Evers issued a general statement about the document dump’s utility during the current phase of the impeachment process.

“President Trump’s lawyers stood in the Senate on Tuesday arguing that documents are totally unnecessary for the impeachment trial, but these documents give lie to that entire position,” Evers said. “Despite the Trump Administration’s obstruction and the rhetoric at the trial, the public can now see even more evidence of the president’s corrupt scheme as it unfolded in real time. The volume of material released, and the volume of material still secreted away, only highlights how much the administration has withheld from the House, the Senate, and the American public.”

While the conspicuous timing and mostly-opaque nature of the emails recalls the cliche about questions and answers, the documents quickly made their way into the Senate trial.

“Unfortunately, as you can see, there’s not a lot to read here, as it’s all blacked out,” Rep. Jason Crow (D-Colorado) said while addressing the impeachment jurors early Wednesday evening.