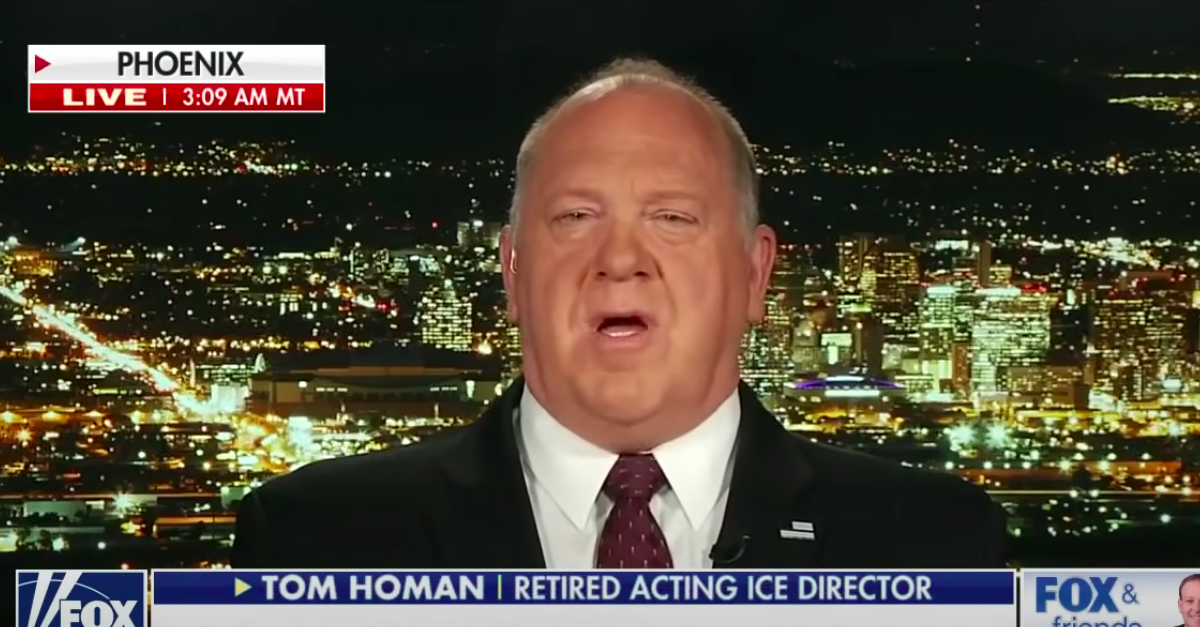 An open records lawsuit filed Monday seeks to determine whether the director of U.S. Immigration and Customs Enforcement (ICE) under former President Donald Trump leveraged federal criminal charges against a state judge in Massachusetts in an effort to compel them to assist ICE in federal immigration enforcement cases at state courthouses.

The suit stems from the 2019 federal indictments of Judge Shelley Richmond Joseph and Court Officer Wesley MacGregor for allowing a defendant wanted by ICE to surreptitiously exit a courthouse located in a sanctuary city.  The wanted suspect departed through a rear exit while immigration officials waited to arrest him at the front exit. Joseph and MacGregor were later charged federally with conspiracy to obstruct justice, obstruction of justice, and obstruction of a federal proceeding.

“ICE made an unprecedented decision to deploy federal criminal charges against a Massachusetts judge because it disagreed with her ruling from the bench,” Carol Rose, the executive director of the ACLU of Massachusetts, said in a statement accompanying the lawsuit. “The public has a right to know how this prosecution arose, and whether it was part of a pressure campaign to force Massachusetts court officials to assist in federal immigration enforcement. The federal government cannot use the threat of criminal charges to influence judicial decisions, or to transform our justice system into a cog in ICE’s deportation machine.”

The New York Times subsequently reported that after hearing about the state officials’ efforts to thwart the immigration agency’s agenda, Thomas Homan, then the acting director of ICE, “immediately began asking about legal recourse” and sought to find “a U.S. attorney who is willing to indict.”

ICE denied the FOIA request the same day it was sent, stating that “DHS regulations require, in the case of third party information requests, a statement from the individual verifying his or her identity and certifying that individual’s agreement that records concerning him or her may be accessed, analyzed and released to a third party.”

The groups appealed the decision, claiming that such communications do not constitute records subject to the Privacy Act, and in February 2020 the appeal was remanded to the ICE FOIA Office for processing. That was the last ICE provided any information related to the request.

Monday’s lawsuit claims ICE is in violation of federal recordkeeping laws by failing to notify the groups about any determinations regarding their request and asked the court to order the agency to immediately “search for and produce all non-exempt records responsive to the Request and provide indexes justifying the withholding of any responsive records withheld under claim of exemption.”

“For four years, ICE was encouraged to use cruelty and aggression to manifest President Trump’s antipathy to immigrant communities,” Austin Evers, the executive director of American Oversight, said in a statement. “The public needs to understand the recent past so we can ensure it never happens again.”

See below for the full filed complaint.