D.C. Mayor’s Ban on Dancing at Weddings is Straight Out of ‘Footloose,’ Bride-To-Be’s Lawsuit Claims 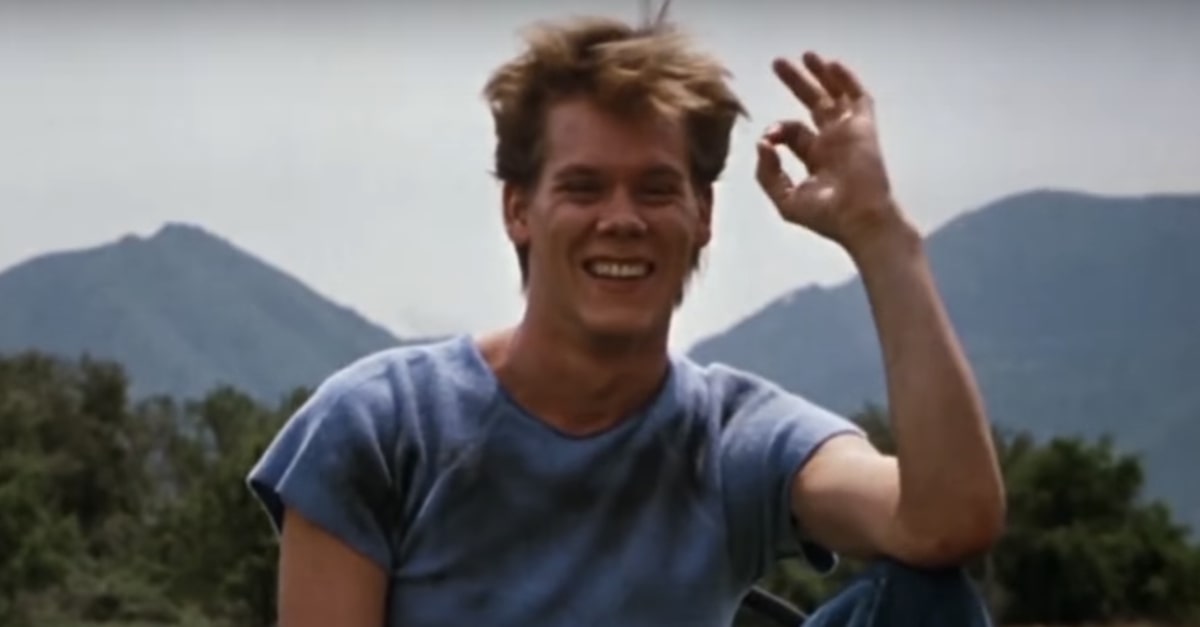 Kevin Bacon in the trailer for Footloose

A bride-to-be from the nation’s capital sued the District of Columbia on Monday over a pandemic-related restriction that her lawyers compared to “an imitation of the 1984 movie Footloose.”

Lawyers for fiancée Margaret Appleby claim that regulations barring dancing at weddings in Washington, D.C. are straight out of the classic musical drama, in which Kevin Bacon stars as a teen trying to overturn a minister’s dancing ban in his small town.

Played by John Lithgow, the minister’s ban was motivated by puritanical attitudes, but D.C. Mayor Muriel Bowser instituted her restrictions to prevent the spread of the deadly COVID-19 pandemic.

Nevertheless, lawyers for two right-leaning legal groups—Hamilton Lincoln Law Institute and the Liberty Justice Center—pushed the comparison in their complaint and on Twitter. The comparison gained traction throughout social media.

Mayor Bowser has banned dancing at weddings in the District of Columbia.

Today, @HamLincLaw brought suit on behalf of a bride-to-be against this abuse. pic.twitter.com/UVdJUxzhnB

Less than a month before her June 6th wedding, Appleby sued over what she describes as Mayor Bowser’s “last-minute alteration of the District’s COVID-19 protocols.” The both-vaccinated bride and groom say that they intended to include masked dancing as part of the celebration, but D.C.’s new rules now prohibit dancing at weddings. Appleby sued the Mayor, claiming that her First Amendment rights to expression and association have been violated.

Calling D.C. regulations inconsistent, Appleby’s complaint states: “The District of Columbia allows dancing in strip clubs, in Zumba and dance studio classes, and in programs sponsored by the government’s Department of Parks and Recreation.”

Hamilton’s senior attorney Adam Schulman seized upon the alleged inconsistencies in a statement: “The First Amendment does not permit the District to irrationally discriminate against wedding dancing, while simultaneously allowing equally dangerous, though less expressive, activities to continue without remark,” he wrote.

Appleby said in her complaint that she has been extremely supportive of and adherent to COVID-19 restrictions.

“Throughout the pandemic, both Appleby and her fiancé have made concerted efforts to adhere to the relevant COVID-19 guidelines to protect themselves and others,” the complaint states.

In fact, early in the pandemic when the CDC advised that masks needed to be conserved for front-line workers, “Appleby cut up some of her own clothes to make a mask for her fiancé to wear to the grocery store,” it continues.

Appleby added that she and her fiancé “received vaccinations as soon as they were eligible, and each has continued to adhere to masking and other social distancing requirements in public even after being fully vaccinated.”

Still, although weddings and other indoor events are now allowed at 25 percent capacity, Bowser’s recent executive order continues to bans dancing at weddings.  Since the announcement of these guidelines, the internet has mocked them as a 2021 reboot of Footloose. “F*ck someone call @KevinBacon – it’s Footloose all over again!” one user commented.

Lmfao you can go to a wedding, you can play sports, but you can’t dance at weddings??

Fuck someone call @kevinbacon – it’s Footloose all over again!

“No dancing at weddings?? I bet Kevin Bacon is fuming!!” remarked another.

No dancing at weddings?? I bet Kevin Bacon is fuming!! #nodancing #footloose 🕺🏻 pic.twitter.com/nhQCodM5jz

“We’ve entered the “footloose” stage of the pandemic,” said another.

we’ve entered the “footloose” stage of the pandemic https://t.co/KEHcS34xuk pic.twitter.com/ozdhHNyFzF

Appleby’s lawsuit argues that it aims to end “this irrational and unscientific state of affairs.”

Press representatives for Washington, D.C. did not immediately respond to an email requesting comment, but the mayor defended the ban in an interview with CNN earlier this month.

D.C. @MayorBowser defends her ban on dancing: "An alternate headline may be, ‘Now You Can Host a Wedding in Washington, D.C.’ … And just like our restaurant guidelines suggest is that you have to be seated to enjoy the restaurant." pic.twitter.com/e2gILPVpNu

Appleby bolstered her complaint with the nonrefundable deposits she entered into with the expectation that dancing would be allowed at her event. While Appleby had coordinated closely with her chosen venue, the May 1 regulations “came as a huge surprise to people in D.C.’s live events industry,” she says.

Both wedding planning professionals and Appleby herself expected to socially-distance and wear masks — but none anticipated that dancing would be completely prohibited, according to the lawsuit.

Appleby also argued that dancing is an expressive event, specifically protected by the First Amendment, and that the COVID-19 regulation is not narrowly tailored to conform to constitutional guarantees of liberty:

For Appleby, wedding dancing is an expression of community, symbolizing the celebration of the marriage rite, and representing the bringing together of two families into a common whole.

She asks that the court either block enforcement of the dancing restriction entirely or block the restriction from being enforced at her specific wedding reception.

Theodore Frank, one of Appleby’s lawyers, tweeted Monday, “When DC imposes such arbitrary ham-handed restrictions on responsible vaccinated citizens, it is counterproductive. It tells the citizenry there’s no point in getting vaccinated, and that COVID will always be an excuse for the government to control your life.”

When DC imposes such arbitrary ham-handed restrictions on responsible vaccinated citizens, it is counterproductive. It tells the citizenry there’s no point in getting vaccinated, and that COVID will always be an excuse for the government to control your life.

In the 1984 Kevin Bacon classic, Footloose, a puritanical minister played by John Lithgow persuaded the town counsel of fictional Bomont to ban dancing within its limits. Now in 2021, with less than six degrees of separation, Bowser has reprised Lithgow’s role. But rather than setting her sights on recreational dance, she has targeted an even more venerable American cultural tradition—wedding dancing.

D.C. Attorney General Karl Racine and the city itself are also named as defendants.