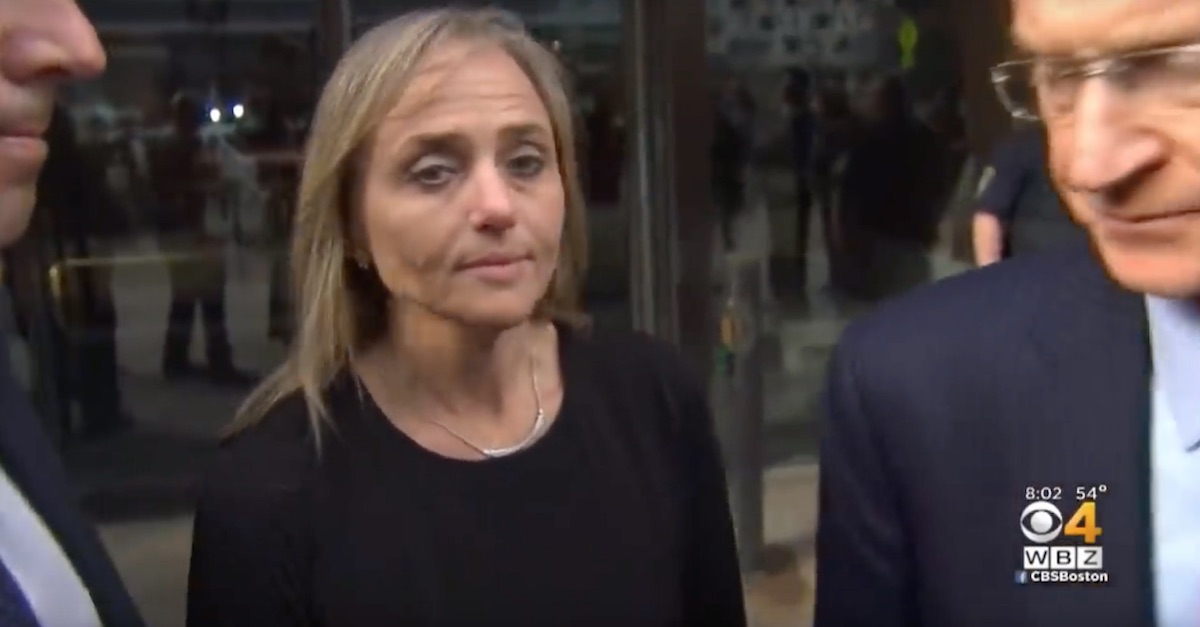 The Department of Justice (DOJ) announced Thursday that Shelley Joseph, the Massachusetts state court judge who allegedly helped a criminal defendant and undocumented immigrant evade Immigration and Customs Enforcement (ICE) in 2019, will no longer be criminally prosecuted for her actions. Wesley MacGregor, the former court officer who allegedly assisted the same defendant, has also entered into an agreement with the DOJ that will likely mean the end of the criminal case against him as well.

According to an official DOJ statement, Judge Joseph referred herself to the Massachusetts Commission on Judicial Conduct, which is a forum that is designed to investigate and address judicial misconduct. Joseph has already made specific factual admissions upon which the Commission may consider as part of its review in deciding what if any disciplinary recommendations it will make.

In 2019, Jose Medina-Perez, an undocumented and twice-deported immigrant, had been deemed a fugitive by authorities and had been previously deported twice from the United States. Medina-Perez was arrested again in 2018 and on his court date, an ICE officer arrived and planned to pick up Medina-Perez for potential deportation. In the courtroom, discussion ensued as to whether Medina-Perez had been properly identified by ICE.

Ultimately, according to reports, at the judge’s direction, a court clerk told the ICE officer to wait outside the courtroom. Medina-Perez, with assistance from Officer MacGregor, then exited through courthouse’s rear door. The case grew out of national controversy over sanctuary jurisdictions and turf wars between ICE and judges in those locales. Certain judges chafed at arrests on courthouse grounds, saying that they would discourage non-citizens from showing up for court cases.

Joseph was suspended from her work as a judge immediately following the incident and indicted shortly thereafter for conspiracy to obstruct justice, obstruction of justice,  aiding and abetting, and obstruction of a federal proceeding.

MacGregor was also charged with one count of perjury for allegedly telling the grand jury that he didn’t know about ICE’s presence in the court.

The ACLU supported Joseph in the case and filed an amicus brief signed by 61 retired judges, who argued that any assistance Joseph gave to the undocumented immigrant was a reasonable manner of ensuring that her courtroom functioned fairly.

There have never been any allegations that Judge Joseph acted from any personal interest in this case; the underlying issue here is simply whether Joseph went too far in effectuating her particular brand of courtroom justice. The former judges who supported Joseph also made the point that they are only able to make this crucial argument because they are themselves retired; sitting judges have no such luxury of unfettered speech, though they stand to be constrained by the fallout from a continued prosecution in Joseph’s case. The bottom line of their argument: Joseph wasn’t obstructing justice – she was ensuring it, they suggested.

Nevertheless, on Feb. 2022, the district court denied Joseph and MacGregor’s motion to dismiss.

Now that Joseph has agreed to submit to the Massachusetts Commission on Judicial Conduct, the DOJ has filed a motion to dismiss the three counts of the indictment that were pending against her. The DOJ also made the final count of the indictment— against MacGregor for perjury — the subject of a deferred prosecution agreement. Such agreements are routinely used by prosecutors to impose conditions on defendants which, so long as they are met, will become the basis for a dismissal at a later date.

Zachary A. Cunha, the U.S. Attorney for the District of Rhode Island, who was assigned to oversee this matter by the DOJ upon recusal of the U.S. Attorney for the District of Massachusetts, said in a statement that the purpose of the case against Joseph and MacGregor has been “to shed light on” and “to secure accountability” for the defendants’ conduct. Cunha said he conducted “a full and comprehensive review of the evidence, the applicable law, and relevant equitable and prudential factors,” and that he “concluded that the interests of justice are best served by review of this matter before the body that oversees the conduct of Massachusetts state court judges, rather than in a continued federal criminal prosecution.”

Read the DOJ’s motion to dismiss, below: