A Federal Judge Struck Down One of the Most Widely Prosecuted Offenses in Immigration Law, Slamming ‘Racist’ Origins 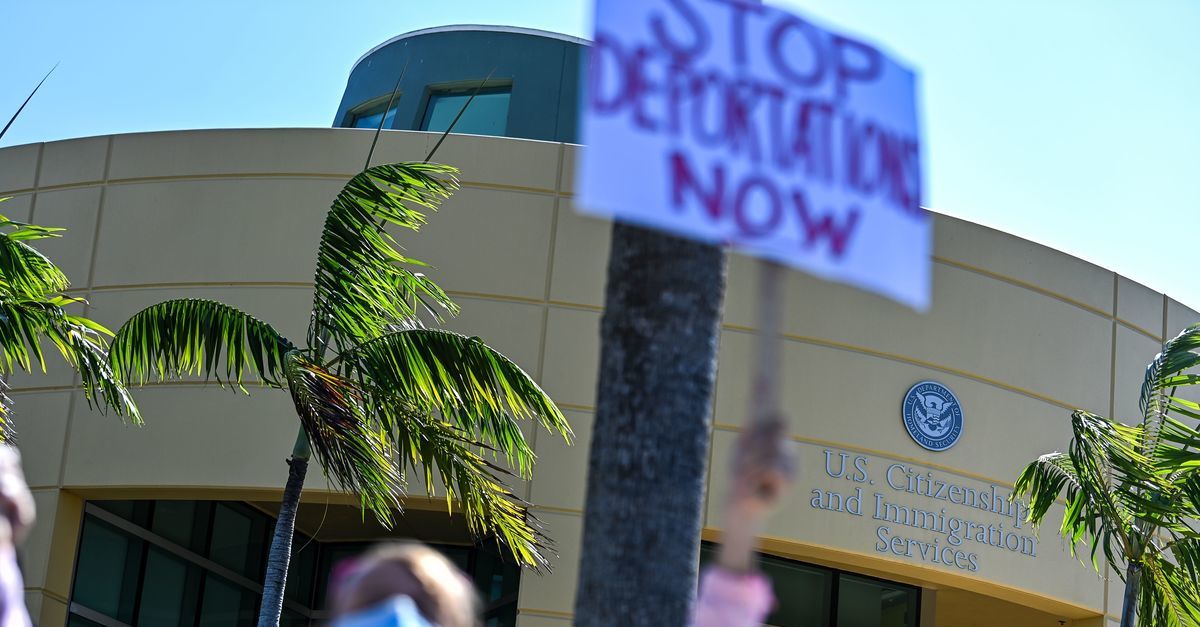 Striking down one of the most prosecuted offenses in immigration law, a federal judge in Nevada ruled Wednesday that the prosecution of an immigrant should be halted. The judge’s ruling unpacked the “racist history” of long-used immigration statute used against him, finding it unconstitutional and discriminatory against “Mexican and Latinx individuals.”

Gustavo Carrillo-Lopez was indicted in 2020 for a felony under 8 U.S.C. § 1326. That specific felony is one that has been on the books for nearly a century: reentry into the U.S. after having been deported.

Carrillo-Lopez argued that his indictment should be dismissed because the statute violates his equal protection rights under of the Fifth Amendment of the U.S. Constitution. Despite the statute’s long history of use in cases like Carrillo-Lopez’s, his argument prevailed before U.S. District Judge Miranda Du.

Carrillo-Lopez’s dismissal was based on his showing that the law had been crafted to create a disproportionate impact upon a racial group, violating constitutional guarantees of equal protection under the law. Du held that “[b]ecause Carrillo-Lopez has demonstrated that Section 1326 disparately impacts Latinx people and that the statute was motivated, at least in part, by discriminatory intent,” that Carrillo-Lopez articulated a sufficient constitutional challenge to the statute. Du also found it particularly noteworthy that the federal government did not even dispute Carillo-Lopez’s argument regarding disparate impact.

“The federal government’s plenary power over immigration,” noted Du, “does not give it license to enact racially discriminatory statutes in violation of equal protection.” The federal government argued that the reason the statute’s enforcement fell heavily onto Mexican and Latinx individuals is because of geography, rather than racist intent. Judge Du was unpersuaded, calling that argument “circular and inconclusive.”

The court engaged in a lengthy analysis of the statute’s history, highlighting its nickname, the “Wetback Bill,” and specifically calling out Congress for its continued silence regarding the bill’s racist origins.

Like an earthquake shaking the federal mass incarceration system to its core, Judge Du in Nevada rules the illegal reentry statute unconstitutional because of its racist origins in US v Carrillo Lopez. https://t.co/JMMVcxa4cW @KaraHartzler @Ingrid_Eagly @folksmove @SirineShebaya

Chief Judge Du’s decision in NV, that Mr. Carrillo Lopez can’t be prosecuted under a racist, & thus unconstitutional, law will create waves. Illegal Entry & Reentry (8 USC 1325 & 1326) are *by far* the most prosecuted federal crimes *in history*! This decision cld end their use. https://t.co/gwq8n4fY7e

Judge Du, a Barack Obama appointee, is herself an immigrant. Born in, Vietnam, Du and her family sought asylum in Malaysia before immigrating to Alabama.