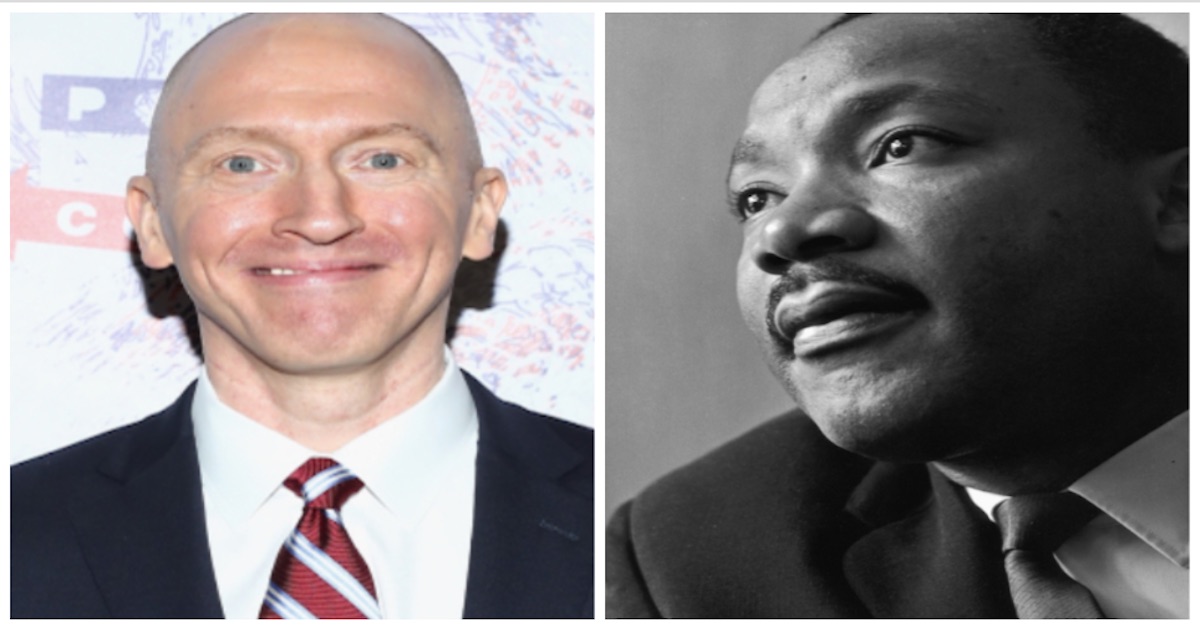 Legal experts are slamming a Wall Street Journal op-ed that compared the wiretapping of Dr. Martin Luther King, Jr. to the FISA warrant that was issued to surveil former Trump campaign foreign policy adviser Carter Page. The piece—written by former George W. Bush speechwriter William “Bill” McGurn—argued that comparing the Page and King cases could be “illuminating,” but failed to make basic distinctions between the cases.

Remember, the FBI sought a warrant on Mr. Page from the Foreign Intelligence Surveillance Court based on the claim that the former Trump campaign associate was “an agent of a foreign power,” namely Russia. Yet Mr. Page is one of the few targets of the investigation to have emerged without ever being charged with anything.

The surveillance of King likewise began as a national-security matter. In a Rose Garden conversation, President John F. Kennedy told King he needed to cut ties with one of his closest advisers, Stanley Levison, a former financier for the Communist Party USA. When King refused to cut Levison loose, Attorney General Robert F. Kennedy authorized the FBI to wiretap King.

Harvard law professor and Lawfare co-founder Jack Goldsmith, for one, reacted on Twitter, noting that there are “very few similarities” between the Page and King cases. Goldsmith, like McGurn, is a Bush Administration alum.

Goldsmith, as many others did, pointed out that a federal judge signed off on the Page warrant, while that was not the case with the warrantless and “open-ended” King  wiretap. He also noted that FISA came into existence to make sure that “surveillance of this sort was properly factually and legally predicated.”

3/ Congress enacted the FISA in 1978 to ensure that surveillance of this sort was properly factually and legally predicated. Congress provided the standards for surveillance the Executive must follow, and required approval processes by Article III judges.

Goldsmith later wrote that “we have come a very long way since 1963 in the very difficult task of making foreign intelligence surveillance comport with constitutional values.” He did not stop there:

In my view if there is any problem with the Page application (not saying there is), it doesn’t have to do with FISA, but rather with the [question] of how & what kind of information the FBI needed before pursuing this investigation, a question logically prior to the FISA application. The FBI has explicit standards on opening an investigation, and as best as I can tell it followed them properly.

Other legal analysts and lawyers also criticized McGurn for his failure to mention the key differences.

The article demonstrates such an astonishing lack of knowledge about history and the development of surveillance law and DOJ guidelines post-Hoover that it's hard to know where to start. https://t.co/0GrsW46VpK

Um, Brit, there is literally an entire statute called FISA that was created BECAUSE of the warrantless and unregulated spying on King. The surveillance of Page was conducted in accordance with that statute. https://t.co/10mrn9Kjdl

The FBI and its founder, J. Edgar Hoover, led efforts to spy on King. An FBI report from 1977 concluded that the agency conducted an “illegal counterintelligence program directed to discredit and neutralize the civil rights leader.”

Other notable differences include probable cause, a court order, not attempting to induce the target to commit suicide, etc. https://t.co/ksEecr525X

The above tweet from USA Today’s Brad Heath also referred to the so-called “suicide letter” that Hoover sent to King calling him “evil, abnormal beast” and a “complete fraud.” The letter threatened to reveal King’s sexual indiscretions, and issued an ultimatum: “There is only one thing left for you to do. You know what it is. You have just 34 days.”

Page has consistently claimed that the FISA warrant was politically motivated. The Page warrant showed that the FBI thought he was a Russian agent. The warrant stated that “Page [redacted] knowingly engage in clandestine intelligence activities (other than intelligence gathering activities) for or on behalf of such foreign power, which activities involve or are about to involve a violation of the criminal statutes of the United States.” It later said that the FBI believed Page was part of a recruitment effort on behalf of the Russian government.

Unlike other members of the 2016 Trump campaign, Page was never charged.