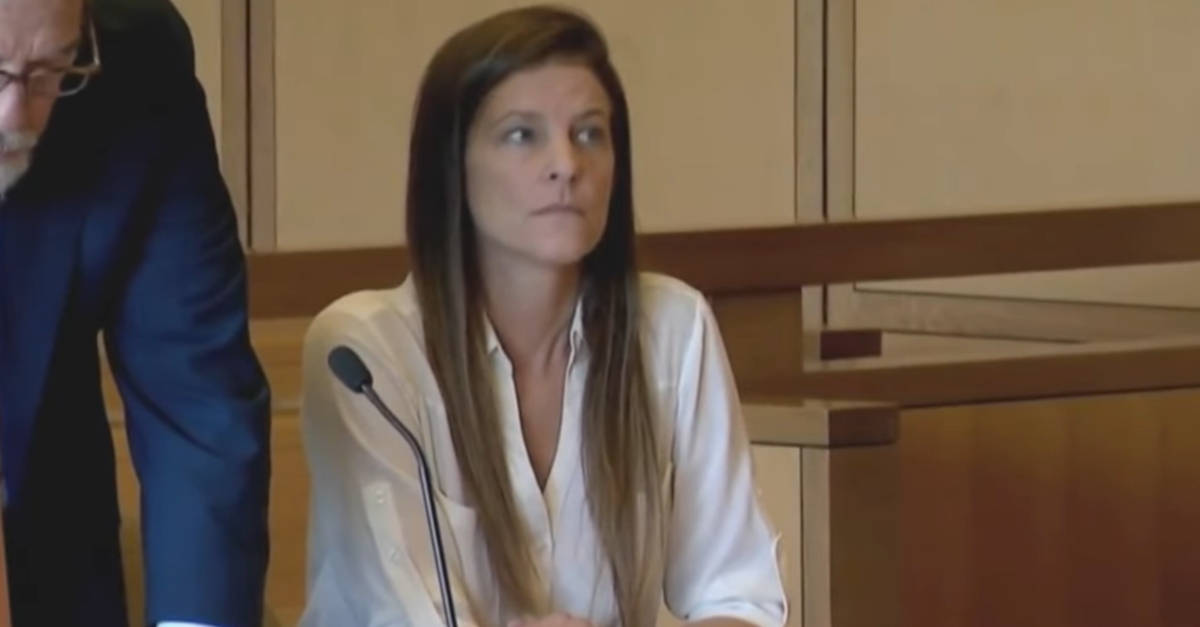 Attorneys for Gloria Farber, the mother of missing woman Jennifer Dulos, are trying to question Michelle Troconis in the ongoing lawsuits against Fotis Dulos, but they’re going to sidestep any questions regarding the disappearance. Here’s what may be behind this strategy.

Legally speaking, this is a bit of a tangled web. When Jennifer Dulos, a mother of five, went missing on May 24, she was in the middle of a contentious divorce with her husband Fotis Dulos, and her mother was also suing him for allegedly unpaid loans. Police charged the estranged husband and his new girlfriend, Michelle Troconis, with hiding evidence that Jennifer was the victim of a violent crime.

Jennifer Dulos remains missing. Fotis Dulos’s legal team is trying to argue that she might have staged her own disappearance in a bid to get back at her husband. Troconis appeared to be cooperating with police, at least in the early stage of the investigation. Her attorney, Andrew Bowman, has opposed her being deposed in the lawsuits, saying that the plaintiffs would try to get evidence to turn over to prosecutors in the criminal case, according to the Stamford Advocate. His client asserted her Fifth Amendment right, he said. In response, Farber’s team said the deposition would not touch on the matters involving the criminal case–the disappearance–and if it happened to do so, then Troconis could plead the Fifth.

“The plaintiff seeks the deposition of Michelle Troconis not in regard to the allegations set forth in the criminal case against her, or the circumstances surrounding the disappearance and potential harm to Jennifer Farber Dulos, but rather concerning the outstanding claims against the defendants, her role at the Fore Group, her knowledge and involvement in regard to expenses paid for by the Fore Group or reimbursed to the defendant (Fotis) Dulos from the Fore Group, none of which implicate the present criminal charge(s) pending against the deponent,” lawyers wrote in a filing obtained by the Advocate.

This workaround may still weigh against Troconis, however.

“The real issue is what the fact-finder in the civil suit could do with a Fifth Amendment plea,” Law&Crime Network host Aaron Keller told Law&Crime. “In civil cases, the courts have been clear that fact-finders (juries or judges) are free to make ‘adverse inferences’ against anyone who takes the Fifth. Surely, Dulos’s family would love to have defendant Michelle Troconis take the Fifth in a civil case, because the results for Troconis would likely be disastrous. Obviously, Troconis’s attorneys are fighting back at any possibility of a deposition because of the chance that might happen.”