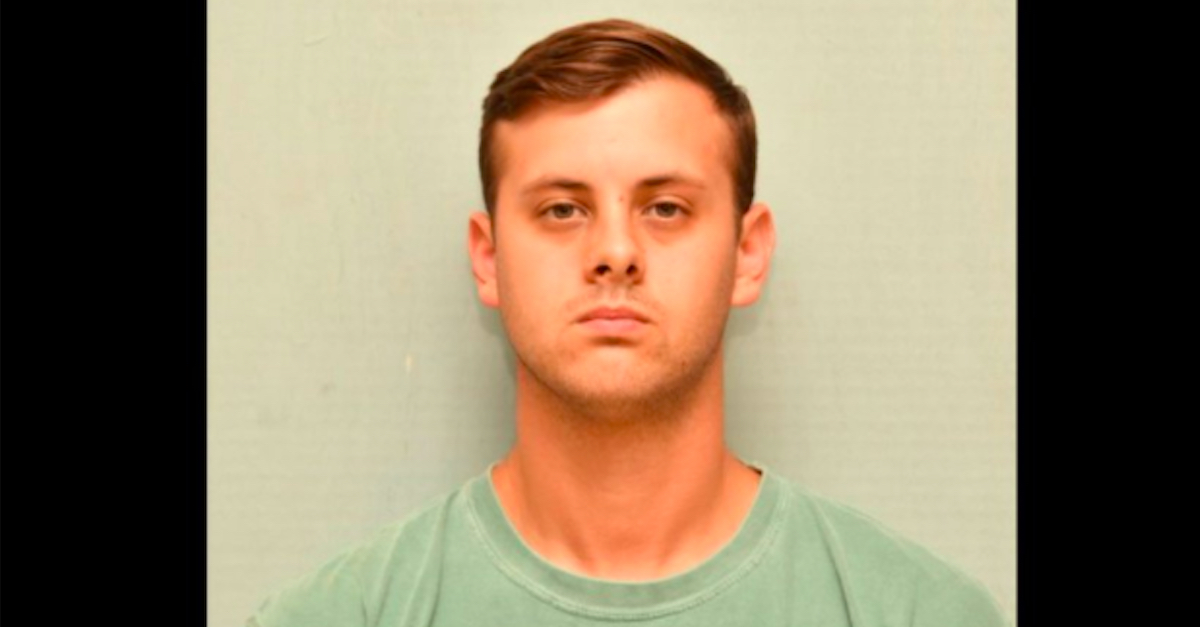 The Georgia Bureau of Investigation (GBI) on Friday charged a Georgia State Patrol Trooper with felony murder and aggravated assault for his involvement in the death of a 60-year-old Black motorist he shot and killed earlier this month, the Alabama Journal-Constitution (AJC) reported Saturday.

Former trooper Jacob Gordon Thompson, 27, allegedly tried to pull over a vehicle being driven by Julian Edward Roosevelt Lewis on August 7. According to GBI records obtained by the AJC, Thompson saw a Nissan Sentra driven by Lewis commit a traffic-related offense and attempted to pull Lewis over. Lewis allegedly refused to stop the vehicle, and Thompson gave chase; Thompson eventually ran Lewis off the road using a PIT (Precision Intervention Technique). After the Sentra came to a stop in a ditch, Thompson fired a single shot, hitting Lewis in the forehead and killing him.

“At some point, I heard the engine on the violator’s vehicle revving at a high rate of speed,” Thompson wrote in the report. “I saw him wrenching the steering wheel in an aggressive back and forth manner towards me and my patrol vehicle. It appeared to me that the violator was trying to use his vehicle to injure me. Being in fear for my life and safety, I discharged my weapon once.”

According to the Lewis family’s attorney Francys Johnson, who previously served as the head of Georgia’s NAACP chapter, Lewis was unarmed and remained in his vehicle and never posed a threat to Thompson.

“Mr. Lewis never got out of the vehicle, and the investigation will show that, mere seconds after the crash, he was shot to death, shot in the face and killed,” Johnson told the Statesboro Herald.

Johnson also told AJC that the U.S. Department of Justice on Friday approved his request for the department’s Civil Rights Division to open an investigation into the shooting.

“We got lots of messages from people in the community that the habit of ex-trooper Thompson was to racially profile and harass Black and brown people on the highway,” Johnson told The Atlanta Journal-Constitution. “This was not shocking to them that this happened.”

Johnson credited the recent protests over the death of George Floyd as well as GBI Director Vic Reynolds, the local district attorney’s office, and other local government officials for ensuring that significant steps were taken without delay following the shooting.

“It’s rare that I’m able to say that all the agencies involved have done the right thing,” Johnson said.

The victim’s widow, Betty Lewis, dropped to her knees after being told about the murder charges against Thompson, saying it was the first step towards getting “justice for Julian.”