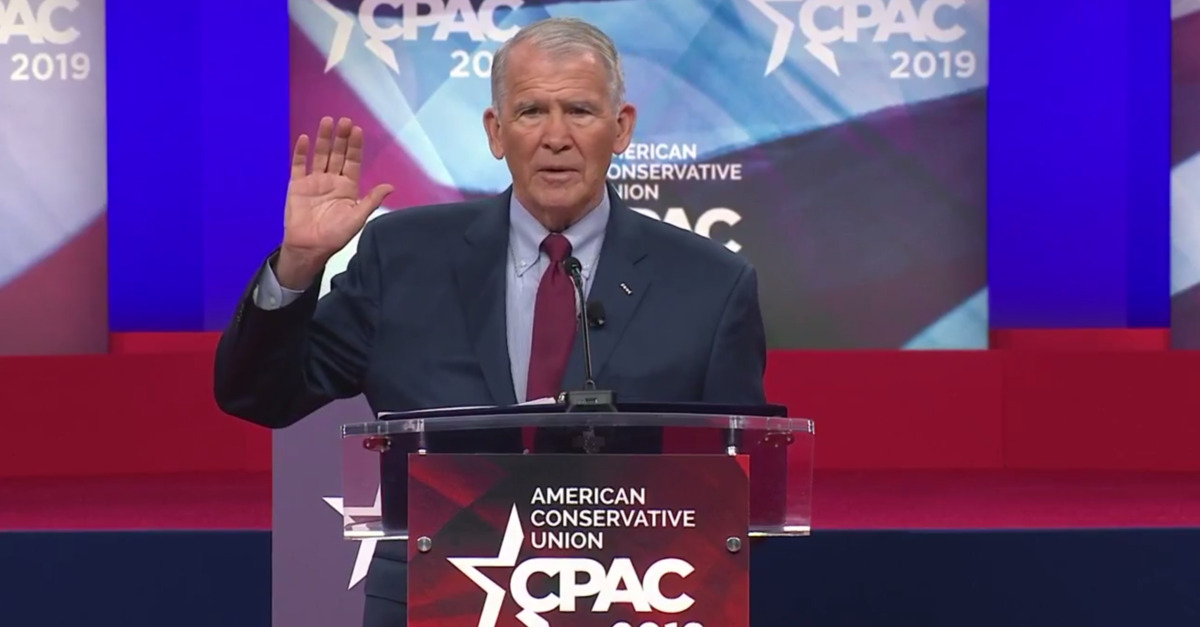 Steve Hart, a longtime lawyer for the National Rifle Association (NRA) board, has reportedly been suspended, while Oliver North, the president of the NRA, has announced he will not serve a second term.

North and insurgents in the organization “had sought to oust Wayne LaPierre, the group’s longtime chief executive,” The New York Times reported. North reportedly asked Mr. LaPierre to resign on Wednesday. By Thursday, LaPierre wrote a letter to the NRA’s board and accused North of “threatening to leak damaging information about him and other N.R.A. executives unless he stepped down.”

Adding to the chaos, Hart was reportedly suspended right before North’s announcement, according to two anonymous sources from The Daily Beast. The move “represents the departure of another senior, long-time NRA insider with detailed knowledge of the organization’s troubles. And it comes as internal turmoil and sniping rocks the gun-rights group.”

North recently expressed concerns that the NRA might lose its nonprofit status due to alleged mismanagement of funds.

Per the Daily Beast:

North, meanwhile, told the board recently that he fears serious financial mismanagement by the NRA’s leadership. He recently wrote a letter to board members raising concerns and announcing the start of a crisis management committee. “I did this because I am deeply concerned that these allegations could threaten our nonprofit status,” North wrote, per a copy of the memo reviewed by The Daily Beast. North also told board members he’d tasked the committee with investigating “allegations of financial misconduct related to Mr. LaPierre, which have been made in response to the NRA’s recently filed lawsuit against Ackerman McQueen.”

The North memo referred to above also painted a dark portrait of the current state of affairs at the NRA.

“We are facing a serious crisis,” North reportedly said. “To date, my repeated efforts to inquire about the propriety of management’s financial decisions have consistently been rebuffed.”