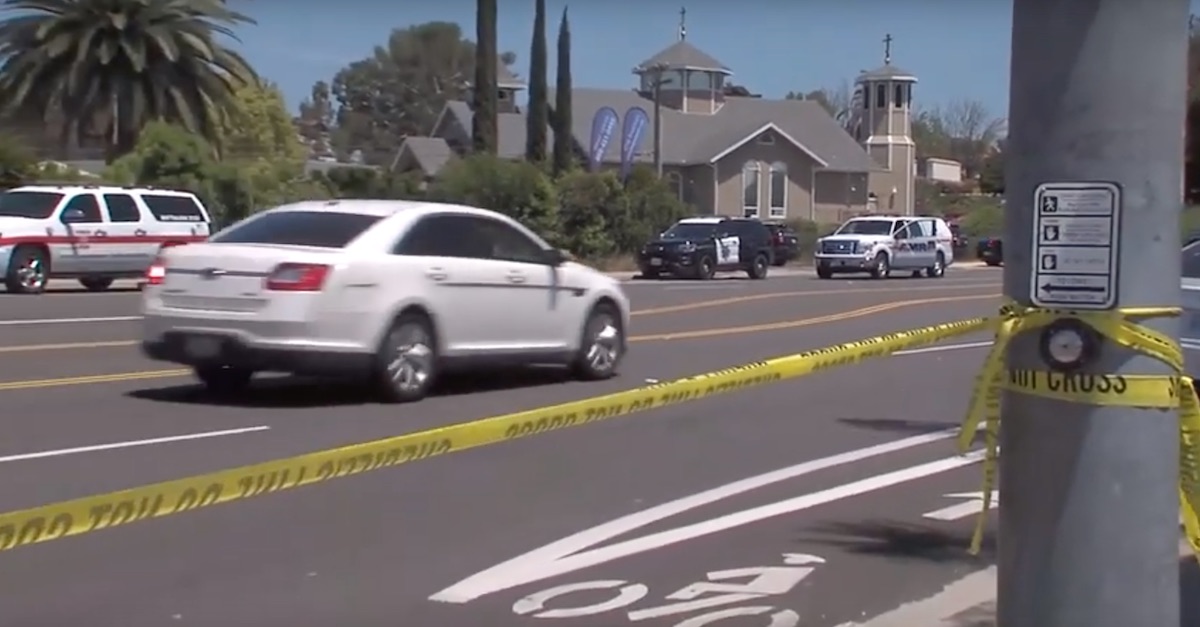 A suspect is in custody after a shooting at the Chabad of Poway Synagogue near San Diego, California on Saturday.

The San Diego County Sheriff’s Poway Station confirmed on social media that a male suspect had been “detained for questioning in connection with a shooting incident” at the synagogue.

“SDSO Poway Deputies were called to Chabad Way just before 11:30 a.m. There are injuries. This is a developing situation,” authorities said.

Update #1: A man has been detained for questioning in connection with a shooting incident at the Chabad of Poway synagogue. @SDSOPoway Deputies were called to Chabad Way just before 11:30 a.m. There are injuries. This is a developing situation.

One person was killed and two children were injured, The Daily Beast reported. Four people were rushed to the hospital, a San Diego police spokesman said. One of the victims was a rabbi who was in the middle of a service, according to KGTV 10News. They noted that the rabbi was trying “calm worshippers.” He was shot in the hand. Members of the congregation reportedly engaged the gunman.

BREAKING: 1 dead in California synagogue shooting, mayor tells @MSNBC, and a rabbi was shot in the hand; members of the congregation engaged the gunman.

There were “several victims with varying injuries” police said.

The rabbi was identified as Yisroel Goldstein.

2. The Synagogue Was Hosting a Passover Celebration

Reports said the synagogue was hosting a holiday celebration for the last day of Passover. The celebration was scheduled to start at 11 a.m and end at 7 p.m.

One member of the congregation said there were “lots of people inside” praying at the time.

“It’s a very important celebration for us. There’s lots of people inside, they’re praying,” Minoo Anvari told NBC 7. “Everybody was crying and screaming.”

The police believe they have contained the one and only suspect in the shooting.

“We don’t believe there are any other suspects,” said the San Diego police spokesman, according to The Daily Beast.

The suspect was reportedly detained “down the road” from the synagogue.

4. People Have Asked People to Steer Clear of the Area

Authorities asked individuals to steer clear of the area in a second Twitter update:

Update#2 Those wounded in the Chabad of Poway #synagogueshooting were taken to Palomar Medical Center @PalomarHealth. Please respect the medical privacy of victims & their families during this difficult time. Remain clear of the area as this investigation will take several hours.

The attack happens six months after 11 people were killed in a mass shooting at a Pittsburgh synagogue  in Squirrel Hill, a plurality Jewish neighborhood and the historic and geographic hub of the city’s Jewish community. Seven others were injured.

[Image via image via ABC 10 screengrab]