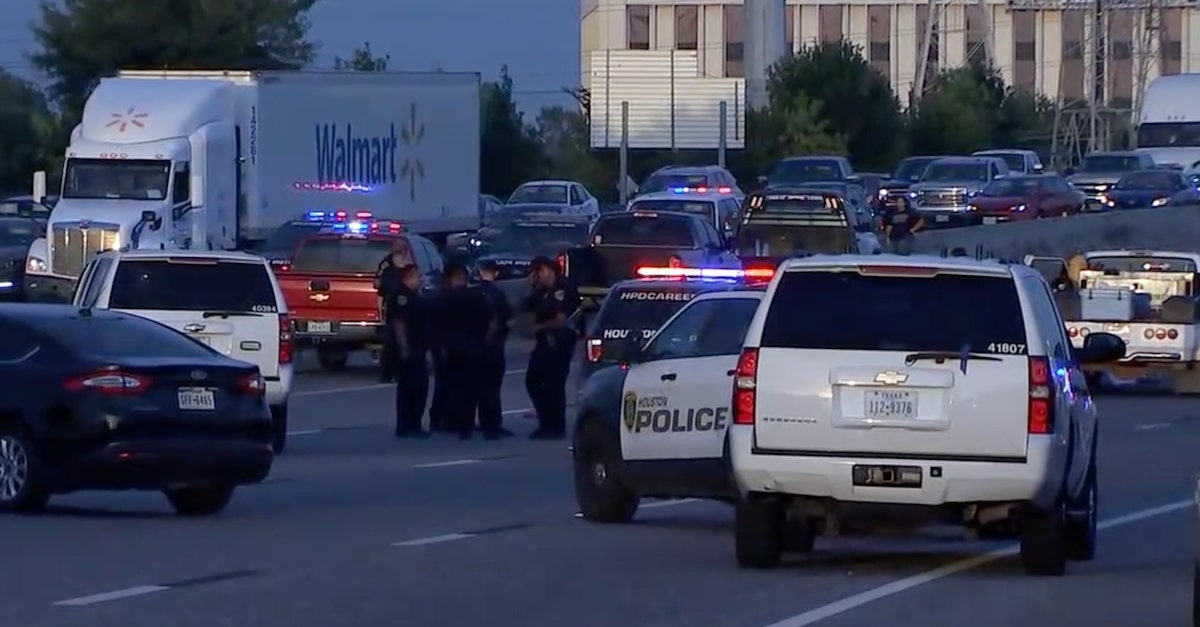 Two people were shot and killed on a Houston freeway during rush hour on Thursday following a collision.

Police say that they received a call around 6:00 p.m. regarding a car crash, but when they arrived, the situation had devolved into a shooting scene. According to Houston Police assistant chief Bobby Dobbins, “one of the vehicles struck the other vehicle and spun it out . . . similar to a pit maneuver.”

The car that was spun off the road then reportedly began rolling down a hill, at which point two passengers jumped out of the other car and one started firing on the rolling vehicle. According to Dobbins, the man with a gun ran to the front of the vehicle once it stopped and “fired rounds into the front windshield.”

“Road rage? An accident? Narcotics? We just don’t know yet so I won’t speculate. I will say there were narcotics found in this vehicle,” he added regarding a motive.

The suspect in the shooting was not the only one to fire a gun during the scene, however. Police claim that a witness had a pistol in his car and began firing on the shooter, though it’s unknown whether or not the shooter was hit. Following this altercation, the two suspects ran back into their car and drove off.

Daniel Gotera, a local journalist, happened to be near the shooting as it happened, and tweeted that the shooting was an “unreal scene.”

Unreal scene just witnessed on I-10 in Houston, east bound lanes at Holland, just outside the east loop…a guy gets out of his car with gun just shooting in the middle of freeway. Unbelievable.

As of now, the freeway is closed for investigation and the unknown suspects are still on the run. Police are currently asking for witnesses to come forward with any information. The identities of the deceased have not yet been made public.