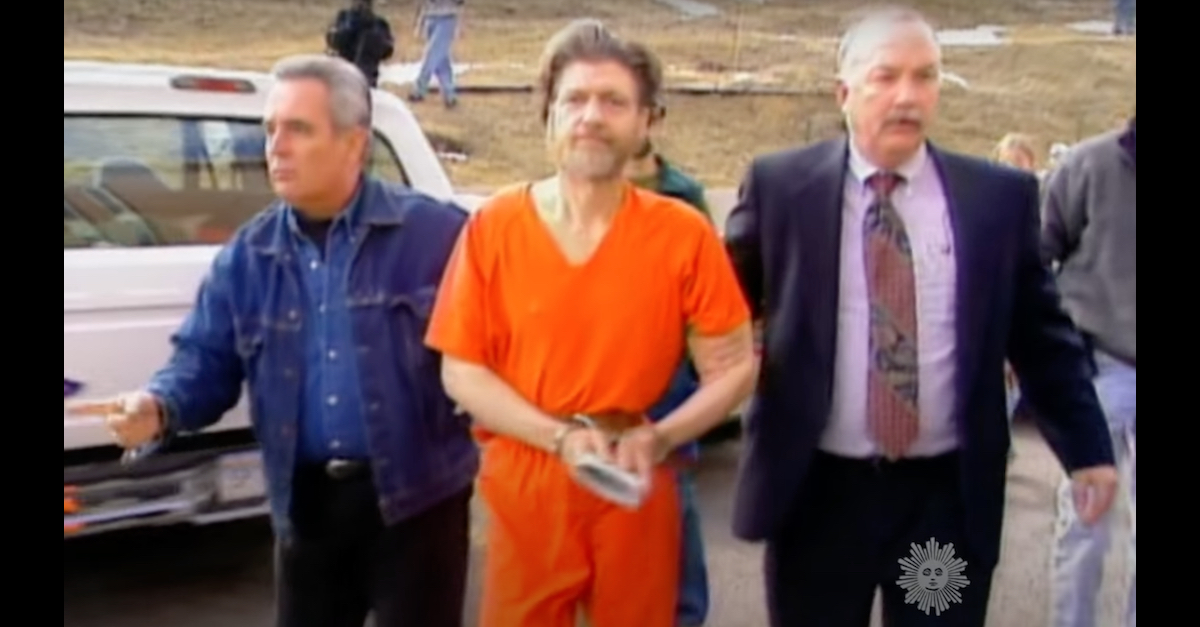 A journalist and travel author discovered decades-old letters from “Unabomber” Ted Kaczynski stashed in a cache of files in his attic during a recent cleaning session, CNN, Newsweek, and the San Francisco Chronicle have reported.

Writer Jack Epstein penned a book called “Along the Gringo Trail: A Budget Travel Guide to Latin America” and worked as as a columnist for the Chronicle. He kept old letters from readers tucked away in storage. His wife suggested he clean out the material during the pandemic.

Two letters signed by T. J. Kaczynski drew his attention during his efforts to tidy up his attic.

“Forty-two years ago, I gave the Unabomber travel advice,” Epstein wrote for the Chronicle. “I didn’t know back when Ted Kaczynski and I were exchanging letters that he would become one of America’s most infamous domestic terrorists.”

Kaczynski began making and sending bombs in 1978 but wasn’t publicly identified and arrested until 1996.

The letter suggested Kaczynski was looking for seclusion.

“I’m looking for a refuge in South America, where the closest person is five miles away, you seem to know South America well, can you give me some advice,” Epstein described the letter in an interview with CNN.

CNN also said the letter described a desire to find a “place to escape in South America.”

Kaczynski wrote that he wanted to find “a small plot of land, in a location as remote from civilization as possible, on which we would live as self-sufficiently as we are able,” Epstein quoted for the Chronicle. “By ‘wilderness,’ I mean a place where the nearest neighbor is, say, five miles away and preferably further,” Kaczynski continued. Kaczynski then praised Epstein’s knowledge of South America and asked whether that continent might provide a suitable location for the requested type of respite.

Kaczynski told Epstein he had nixed the thought of a sojourn in “tropical jungles” or near “the middle of an Andean glacier.” He said his survival skills would be worthless in the former and that he would struggle to find fuel in the latter.

As part of a pandemic project suggested by his wife, Jack Epstein began last month going through his papers that were taking up space in their attic. https://t.co/MbmRXk2Uvn

Epstein said he doesn’t recall what advice he gave Kaczynski. But he wrote for the Chronicle that he’s “thankful” he “hadn’t been rude to him.”

Epstein now guesses that he might have suggested to Kaczynski a valley in Argentina’s Patagonia region where, ironically, Butch Cassidy and the Sundance Kid lived for six years while on the run. Epstein said the valley contains similarities to the Montana landscape from which Kaczynski wrote.

But at the time, Epstein reiterated that he had no clue Kaczynski was sending bombs while writing to him. And in August 1979, Kaczynski wrote back to thank Epstein for whatever advice was provided.

The return addresses on both letters were Stemple Pass Road in Lincoln, Mont.

Epstein wrote for the Chronicle that after rediscovering the long-disregarded letters, he attempted to write to Kaczynski to inquire as to their purpose. The federal prison where Kaczynski is incarcerated in Florence, Colorado, returned Epstein’s letter with only this notation: “unable to forward.” Kaczynski has written return letters to journalists from time to time. And Epstein says Kaczynski’s brother, David Kaczynski, who sometimes lectures about turning his brother in to the authorities, did not return Epstein’s emails or a phone call.

“I can only theorize that Kaczynski wrote me because he knew that one day he would need to flee U.S. law enforcement for a South American haven,” Epstein wrote for the Chronicle.