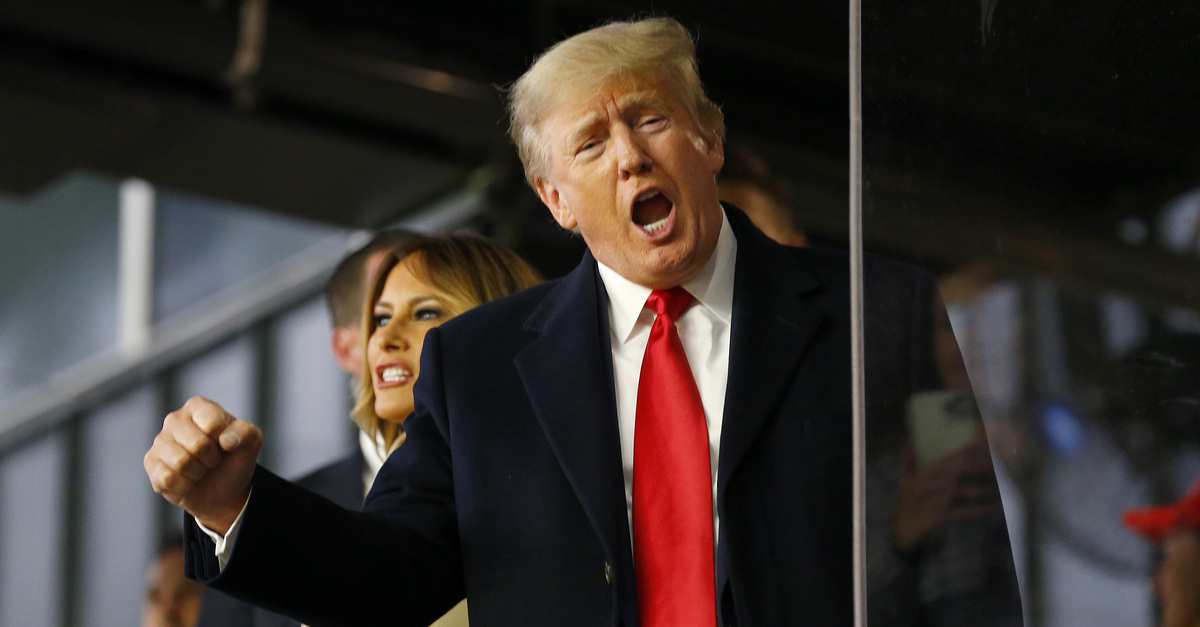 Two of the top prosecutors leading the criminal investigation into Donald Trump and his business resigned after the Manhattan district attorney questioned whether a case could be brought forward against the former president, the New York Times reported on Wednesday.

Manhattan District Attorney Alvin Bragg (D) has been leading the investigation into Trump and his business, a probe he inherited from his predecessor Cyrus Vance (D), who indicted the Trump Organization and its former chief financial officer Allen Weisselberg last year.

Roughly one year ago, Vance appeared to signal gravitas to the probe by hiring Mark Pomerantz, known for investigating and defending white collar and organized crime cases. The then-district attorney also put his general counsel Carey Dunne on the case.

On Wednesday, the Times reported that anonymous sources said both Pomerantz and Dunne tendered their resignations once Bragg expressed doubts about moving a case forward against Trump. Pomerantz reportedly confirmed his resignation to the Times without elaboration, and Dunne declined comment.

Communications Director for the District Attorney’s Office Danielle Filson responded to Law&Crime’s inquiry by confirming the attorneys’ departures but adding that the investigation is ongoing. Filson also said the office is grateful for the lawyers’ work.

The blockbuster announcement follows—and appears to seriously undermine—an apparent breakthrough in the investigation last week. A Manhattan judge overseeing a parallel civil investigation into Trump, his family and his businesses ordered the former president and his adult children Ivanka Trump and Donald Trump Jr. to sit for depositions, where they will be grilled by representatives of New York Attorney General Letitia James (D).

For years, James’s office has been investigating whether Trump, his family and his business used “fraudulent or misleading” asset valuations on six properties to obtain economic benefits. The attorney general is not empowered to bring criminal charges, but it became clear that she was sharing information with Manhattan prosecutors when she appeared for Weisselberg’s court appearance. Anything Trump and his children say during their depositions—scheduled for 21 days from the Feb. 17 ruling—could be used against them in both proceedings.

Trump has attacked both his civil and criminal investigations as politically motivated and described Bragg and James, who are both Black, as “racists.”

If they assert their Fifth Amendment right against self-incrimination—as Eric Trump reportedly did in response to more than 500 questions for a deposition in the same probe in October 2020—that cannot be used against them in criminal proceedings. Refusals to answer those questions, however, could be used against the Trump family in civil court.

In issuing the deposition ruling, Manhattan Supreme Court Justice Arthur Engoron said that the thousands of documents that he inspected privately demonstrate the civil investigation is well-supported on the facts and the law.

“In the final analysis, a State Attorney General commences investigating a business entity, uncovers copious evidence of possible financial fraud, and wants to question, under oath, several of the entities’ principals, including its namesake,” Engoron wrote last week. “She has the clear right to do so.”

Trump’s former fixer Michael Cohen drew scrutiny to his former boss’s finances through congressional testimony alleging the former president was cooking the books, which Engoron found left James with little choice but to investigate. Not doing so, he said, would be “blatant dereliction of duty.”

As the Times noted, the term of the criminal grand jury investigating Trump expires in April.