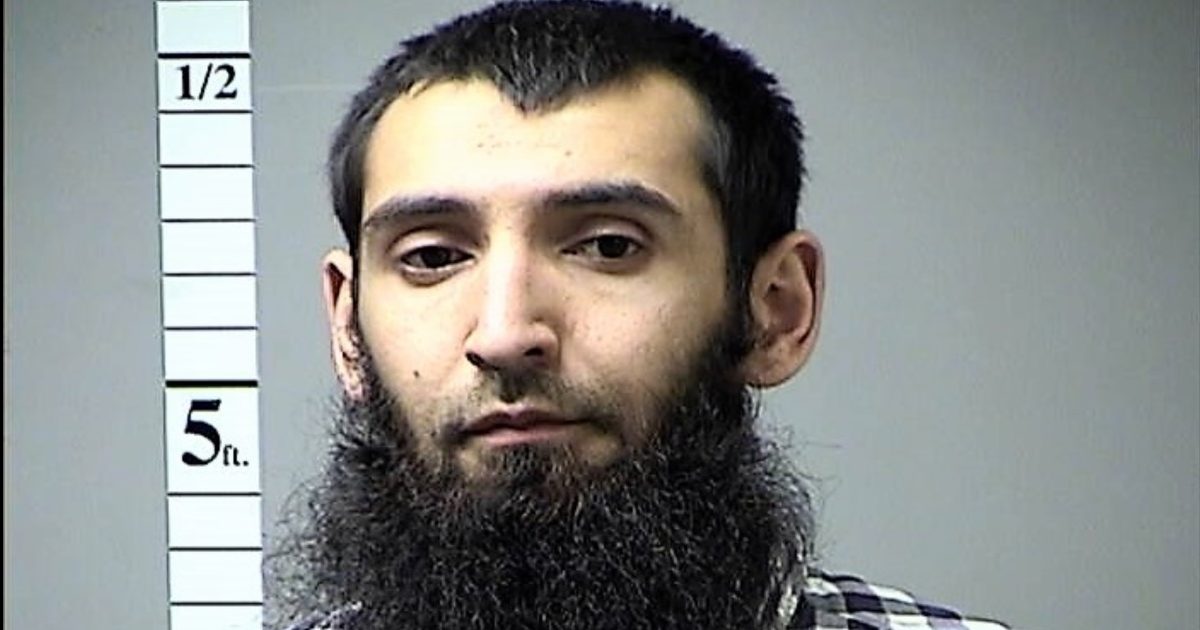 Ever since President Donald Trump decided to weigh in on terror suspect Sayfullo Saipov by tweeting on a couple of occasions, the defendant and his attorney has hoped that the judge would agree that such statements had prejudiced the case. Saipov is accused of renting a Home Depot truck and driving into a crowd of pedestrians and bicyclists near the World Trade Center in New York City, killing eight people and wounding many more, allegedly on behalf of ISIS.

Trump reacted by tweeting “NYC terrorist was happy as he asked to hang ISIS flag in his hospital room. He killed 8 people, badly injured 12. SHOULD GET DEATH PENALTY!” and “There is also something appropriate about keeping him in the home of the horrible crime he committed. Should move fast. DEATH PENALTY!”

He also referred to Saipov as a “degenerate animal.”

What resulted was a challenge from Saipov’s defense, saying that the death penalty should be taken off the table. Here at Law&Crime, we asked the question “Could Trump Tweet on Death Penalty Hurt Case Against New York Terror Suspect?”

Today, a federal judge answered that question. The death penalty is still on the table in this case. U.S. District Judge Vernon Broderick‘s reasoning was notable.

He said that the defense provided no proof that former Attorney General Jeff Sessions was improperly influenced by Trump’s comments in advocating for the death penalty.

“Saipov offers only the conclusory allegation that because of the President’s public statements advocating for the imposition of the death penalty—statements that were perhaps ill-advised given the pendency of this case—the Attorney General’s decision to seek that penalty must have been motivated more by ‘President Trump’s emotions and partisan desire[s] . . . than [by] Sessions’s informed judgment,'” he said. “This assertion is pure speculation made without a scintilla of direct factual support, and without more, it is insufficient to warrant interference by this Court with the Attorney General’s presumptive authority to make charging decisions.”

He noted that in that case, “the court further determined that the procedures set forth in the Capital Case Protocol had been followed, and that “the charge of bias based solely on the public statements of the President and the Attorney General in the immediate aftermath of the explosion [wa]s legally insufficient to support a constitutional challenge to the [Death] Notice.”

The judge granted that Trump’s tweets may have been “more inflammatory” than Clinton’s, but nonetheless decided, again, that no evidence was provided to prove improper influence.

“Moreover—and in contrast to Nichols—Saipov does not contend that the Attorney General himself made any improper public comments relating to Saipov’s alleged crimes or the appropriate punishment for those crimes. Any allegations of bias or impropriety on the part of Attorney General Sessions are based wholly on the President’s unilateral comments and conduct,” he concluded. “While those comments are arguably more inflammatory than President Clinton’s statements relating to Nichols Saipov has offered no evidence that the President’s remarks impacted the Attorney General’s decision-making process in any way.”

Broderick noted that Sessions did distance himself from the president on the matter by saying “While I am Attorney General, the actions of the Department of Justice will not be improperly influenced by political considerations.”

As an aside, a footnote near the end of the filing revealed that Saipov did attempt to cite the firing of FBI deputy director Andrew McCabe as an example of the Attorney General to suggest the DOJ “heed[s] President Trump’s tweets.”

The judge said he “cites events unrelated to his case.”

Ruling on Saipov Death Pena… by on Scribd