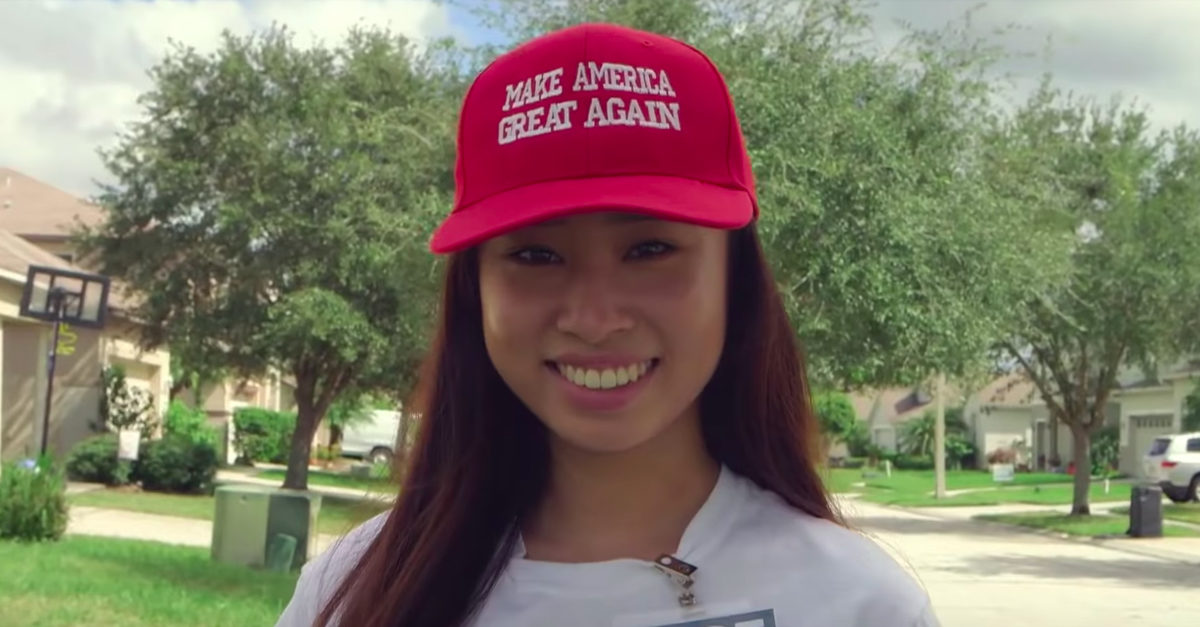 The Miss Michigan pageant winner who last week was stripped of her title due to “offensive, insensitive, and inappropriate” tweets, is the newest member of the Women For Trump Coalition Advisory Board.

President Donald Trump’s reelection Campaign announced Thursday that Kathy Zhu, a University of Michigan student and vocal Trump supporter, was joining the advisory board. Her first official appearance will take place Friday at a fundraising luncheon hosted by the Coalition.

“Team Trump welcomes Kathy Zhu to the Official Women for Trump Coalition Advisory Board!” a Thursday tweet said. “[Kathy] is a patriot who has continued to stand for American values despite being stripped of her crown. Thank you for your support of President.”

Zhu responded by expressing her excitement.

Zhu was dismissed as a Miss World America (MWA) contestant after pageant officials discovered she had posted what they deemed racially and religiously intolerant posts on Twitter.

“It has been brought to the attention of MWA that your social media account contains offensive, insensitive, and inappropriate content, and in violation of MWA’s Rules and Conditions, specifically the contestant requirement of “being of good character and whose background is not likely to bring into disrepute Miss World America or any person associated with the organization,” the email said.

As previously reported by Law&Crime, Zhu was dismissed for two now-deleted tweets. In one, she wrote, “There is a ‘try a hijab on’ booth at my college campus. So, you’re telling me that it’s now just a fashion accessory and not a religious thing? Or are you just trying to get women used to being oppressed under Islam?”

In another, she tweeted, “Did you know the majority of black deaths are caused by other blacks? Fix problems within your own community before blaming others.”

The Women for Trump Coalition Advisory Board is an official arm of the Trump 2020 reelection campaign dedicated to “empowering women to reelect President Donald J. Trump.”