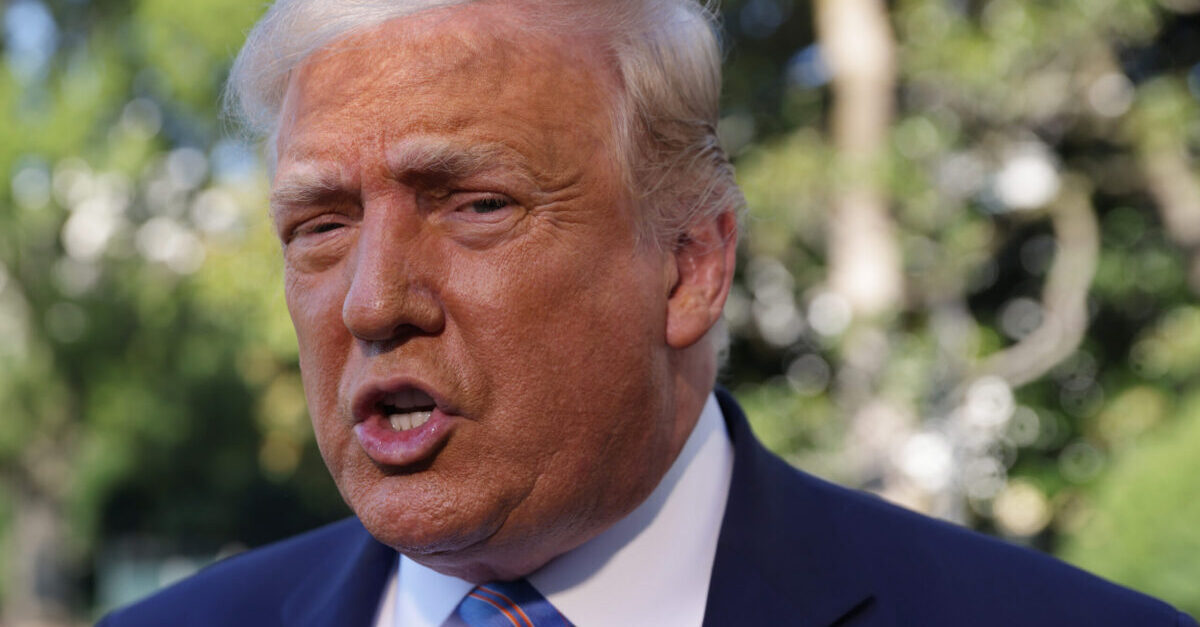 President Donald Trump on Wednesday morning posted a series of tweets and re-tweets featuring an array of articles and videos maligning his political opponents and praising his own leadership. But stashed between four re-tweets which originated from Fox Business Network’s Stuart Varney and one from a conservative blogger defending Trump’s pandemic response, Trump also retweeted a Washington Times op-ed which virulently denounced the president’s deployment of federal agents in Portland as “unconstitutional.” 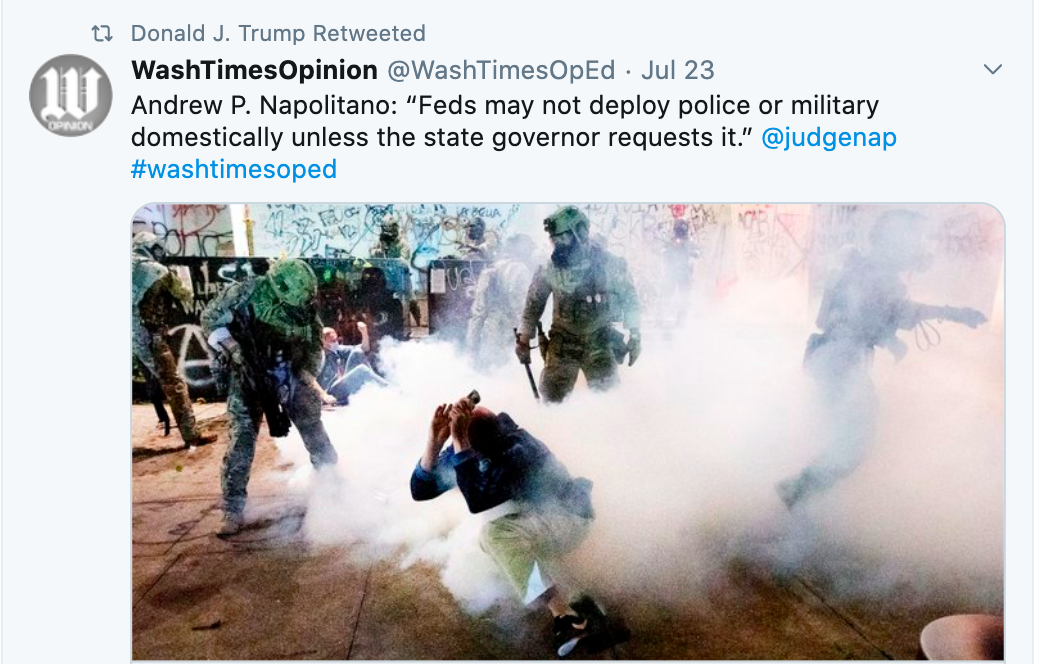 The article was penned by Fox News senior judicial analyst Judge Andrew P. Napolitano. (Judge Nap’s link to Fox News is not referenced in the piece.) It is titled “How Totalitarianism Begins in the U.S.,” and it is a sharp condemnation of the president’s decision to intervene in Portland against the wishes of local and state elected officials.

Napolitano lampooned the U.S. Department of Homeland Security (DHS) for sending camouflaged agents without proper crowd control training or identifying badges into the city where they “began grabbing people indiscriminately off the streets, without regard to the person’s lawful presence or personal behavior.”

The former New Jersey Superior Court judge then called out DHS acting secretary Chad Wolf and President Trump for defending “these thugs” under the guise of “law and order,” saying their conduct in Portland was “unlawful, unconstitutional and harmful.”

“They are unlawful because federal agents are selectively arresting folks and not even pretending to be enforcing local and state laws. Under federal law, the feds may not deploy police or military domestically unless the state legislature or the state governor requests it. Neither has done so for Portland,” Napolitano wrote. “The feds’ activities are unconstitutional because they are using government force to arrest people without probable cause or arrest warrants. We know there is no legal basis for these ‘arrests,’ as they have not charged anyone. Moreover, this is so harmful and terrifying — being kidnapped, handcuffed, blindfolded, not spoken to and then released, all for no stated reason — it will chill others from public dissent.”

Following a brief discussion about the U.S. Constitution, which explicitly delegates police power to the states and not to the federal government, Napolitano issues an apocalyptic closing to the piece.

“This is how totalitarianism begins,” he wrote. “The feds claim that federal property needs protection and the folks assigned to do so need help. When help arrives, it does so by surprise, under cover of darkness and shielded by anonymity. Then, the reinforcements beat and arrest and harm protesters because their bosses in Washington do not approve of the protesters’ message.”