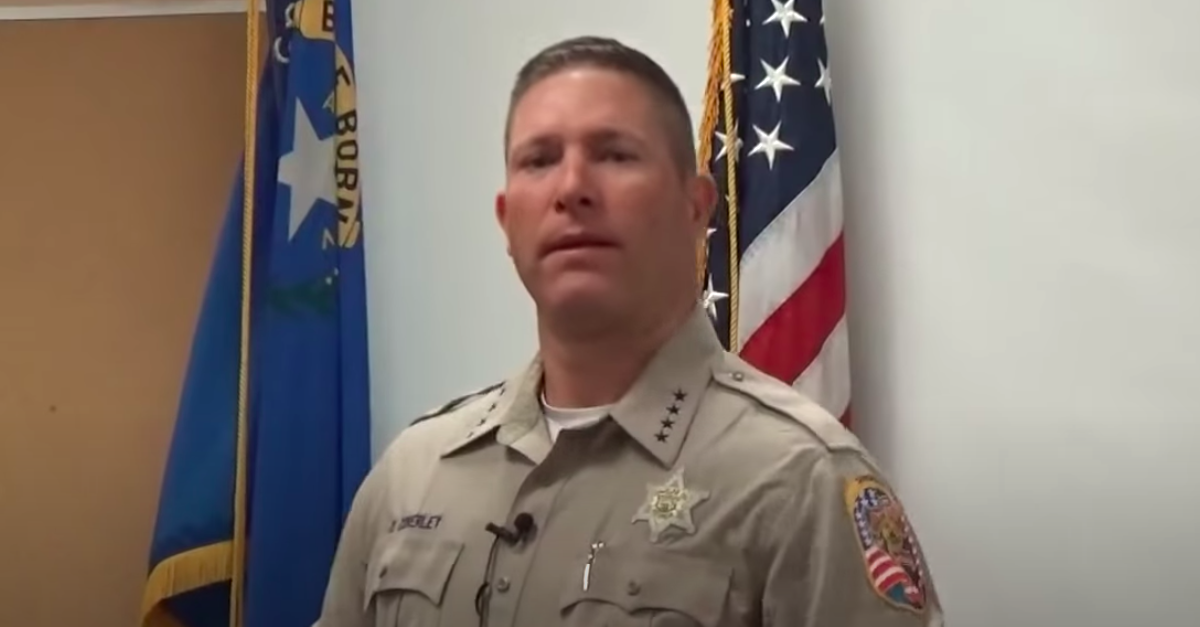 A Nevada sheriff is under fire for responding to a local public library’s proposed diversity statement which expressed support for the Black Lives Matter movement. The sheriff said deputies would no longer respond to 911 calls from the building.

The proposed diversity statement that provoked Douglas County Sheriff Daniel Coverly said, in part: “The Douglas County Public Library denounces all acts of violence, racism, and disregard for human rights. We support #Black Lives Matter. We resolutely assert and believe that all forms of racism, hatred, inequality, and injustice don’t belong on our society.”

In response, the county’s head law enforcement officer on Monday issued a statement of his own, condemning the library’s stance and outright stating that his department would be withholding emergency response services.

“The Black Lives Matter movement openly calls all law enforcement corrupt and racist on their website,” Coverley wrote in his original statement.  (The group’s official statements of belief do not contain such language and do not even contain the words “police,” “sheriff,” or “corrupt.”)

“Numerous Black Lives Matter protests have resulted in violence, property damage and the closing of local businesses, sometimes permanently. To support this movement is to support violence and to openly ask for it to happen in Douglas County,” Coverly continued. “Due to your support of Black Lives Matter and the obvious lack of support or trust with the Douglas County Sheriff’s Office, please do not feel the need to call 911 for help. I wish you good luck with disturbances and lewd behavior, since those are just some of the recent calls my office has assisted you with in the past.”

Coverly’s lengthy statement also said that it was false to allege systemic racism and structural bias in law enforcement. He said such charges did little but to proliferate violence against police which ranged from “assaults to assassinations.”

The Washington Post on Wednesday noted that the vast majority of Coverly’s missive was copied almost verbatim from letter to Congress authored by 11 state attorneys general and two sheriffs associations which was criticized for using disputed statistics.

The sheriff’s statement sparked immediate backlash within the community. By Tuesday, a county spokesperson issued a statement assuring that sheriff’s deputies would continue responding to 911 calls from the library; it also noted that Coverly met with Library Director Amy Dodson. Following the meeting, the sheriff walked back his statement, saying it was the result of increased stress caused by widespread protests.

“This has been a difficult time to be a law enforcement professional and can be disheartening when we perceive that our office may be under attack,” Coverley said in Tuesday’s follow-up statement. “My response was rooted in my belief that these issues need to be openly discussed in a way that values diversity and law enforcement.”

[Image via the Record Courier/YouTube screengrab.]