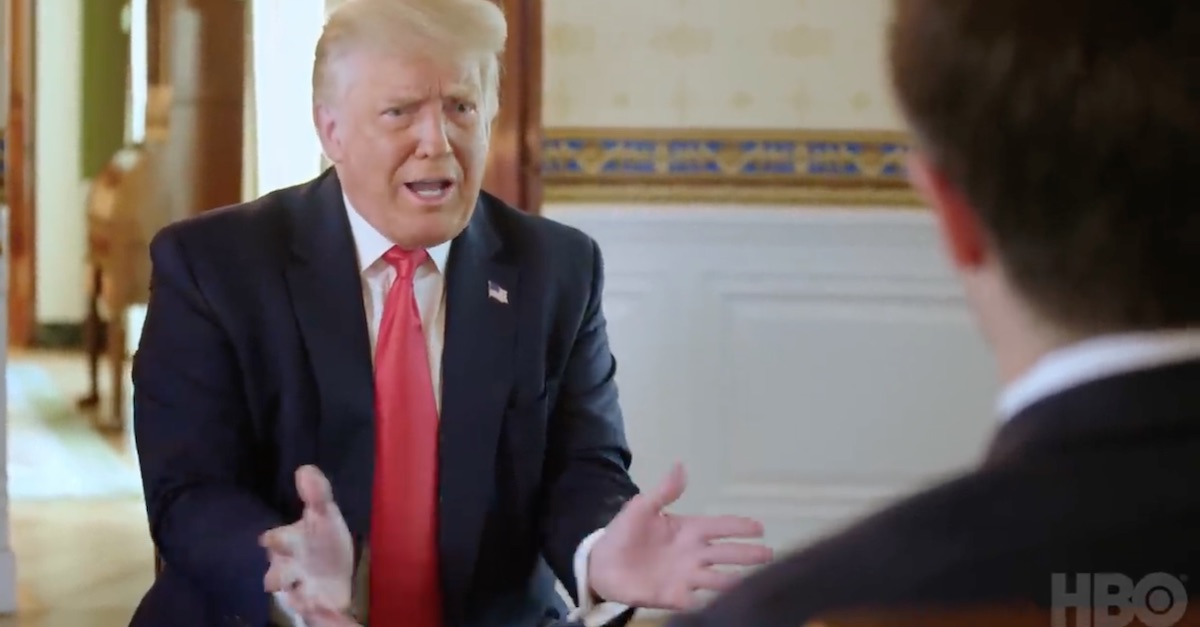 President Donald Trump, when explaining why he wished accused sex trafficker Ghislaine Maxwell well, said that many people were still trying to figure out whether her ex-boyfriend Jeffrey Epstein was murdered or died by suicide in jail.

The comments were made during an Axios on HBO interview on Monday. See the 25:40 mark:

“Mr. President, Ghislaine Maxwell has been arrested on allegations of child sex trafficking. Why would you wish her well?” asked Jonathan Swan of Axios.

“Well, first of all, I don’t know that, but I do know this,” Trump began to answer.

“She has, she’s been arrested for that,” Swan interjected, noting that Maxwell is an accused coconspirator in Epstein’s sexual abuse of young girls.

“Her friend or boyfriend was either killed or committed suicide in jail,” Trump said. “She’s now in jail. Yeah, I wish her well. I’d wish you well. I’d wish a lot of people well. Good luck. Let them prove somebody was guilty.”

“So you’re saying you hope she doesn’t die in jail, is that what you mean by ‘wish her well?'” Swan asked.

“Her boyfriend died in jail and people are still trying to figure out how did it happen: was it suicide, was he killed? And I do wish her well. I’m not looking for anything bad for her. I’m looking bad for anybody. And they took that and they made it such a big deal.”

“But all it is is her boyfriend died. He died in jail. Was it suicide was he killed? I do, I wish her well,” the president said.