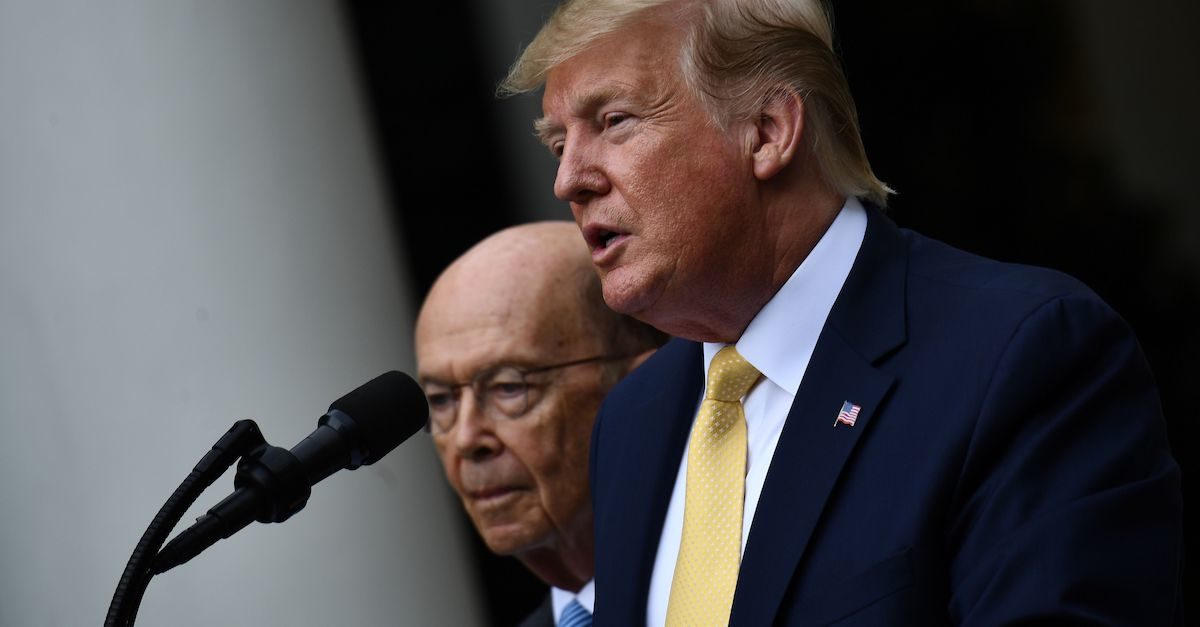 Facebook on Thursday announced that it was removing more than 1,000 of President Donald Trump’s campaign ads from the platform because they violated the company’s policy against disinformation and interference with the 2020 U.S. census. The fundraising and data-gathering ads, which began running on the social media site this week, were criticized for being presented to users as part of the official census, which goes out next week.

“There are policies in place to prevent confusion around the official U.S. census, and this is an example of those being enforced,” said Facebook representative Kevin McAlister in a statement.

The ads, which are no longer active, asked users to “take the Official 2020 Congressional District Census today.” Users who clicked on the ad were re-directed to a Trump campaign website that was labeled as the “Certified Website of President Donald J. Trump,” and had a stamp that read “For Official Use Only,” according to the newsletter Popular Information.

Users were then asked to provide their contact information and fill out a survey about their views on President Trump, which outlets they frequent for news, and if they think “Nancy Pelosi and the Radical Left are putting their personal anti-Trump agenda ahead of what’s best for the American people.”

“It’s an absolute lie, a lie that is consistent with the misrepresentation policy of Facebook. But now they’re messing with who we are as Americans,’’ she said during a press conference Thursday. “I know the profit motive is their business model, but it should not come at the cost of counting who is in our country.”

“It’s causing quite a stir,’’ she added.

President of The Leadership Conference on Civil and Human Rights Vanita Gupta also called on Facebook to stop allowing the ads to run.

“This is unacceptable,” she wrote. “[The Leadership Conference on Civil and Human Rights] helped Facebook craft a robust census interference policy, but the company won’t take down deceptive ads that clearly violate it. Facebook must take the ads down immediately and actually enforce its own policy moving forward.”

This is unacceptable. @civilrightsorg helped Facebook craft a robust census interference policy, but the company won’t take down deceptive ads that clearly violate it.

The Republican National Committee has also been sending mailers throughout the country that are clearly designed to replicate official 2020 census surveys. The mailers include a detailed questionnaire on blue-tinted paper that greatly resembles that used by the real census.

[image via via BRENDAN SMIALOWSKI/AFP/Getty Images]