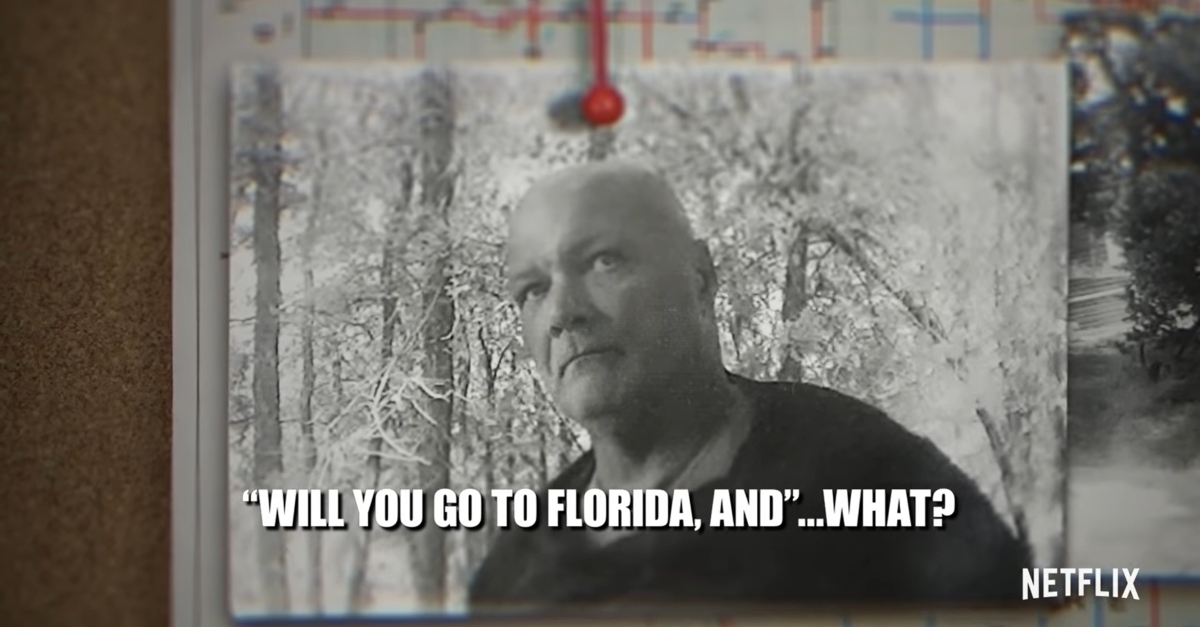 Netflix just released a new episode of the Tiger King docuseries. Host Joel McHale caught up with some key figures of the show, and asked them what they thought about it and its depiction of eccentric zookeeper Joseph Maldonado-Passage (aka Joe Exotic).

1. “Good Riddance”? One of Joe Exotic’s Former Employees Is Okay with Tiger King Dying in Prison.

Newfound fame couldn’t have arrived at a more awkward time for the gregarious Maldonado-Passage. He’s in a Fort Worth federal prison after being convicted for killing tigers, illegally selling animals, and plotting to get rival Carole Baskin murdered. Neither he, or his target (who had a big problem with the show) participated in the reunion episode. But Madonaldo-Passage’s former employees often had pretty curt things to say about him.

Erik Cowie–who now works for Exotic’s business partner-turned-rival Jeff Lowie–said that Maldonado-Passage should never get out of prison.

That’s certainly within the realm of possibly. Maldonado-Passage is 57. Cowie remarked bitterly on the killing of tigers, and voiced regret. As he described it, he was used to lull the cats to a false sense of complacency, and get them to approach the side of the cage where they could be tranquilized.

“Those cats trusted me up until the end, and somehow, sometimes, I swear, they’re like, ‘Dude, you let me down,'” he said. “You could see it in their face and their eyes.”

Both he and Cowie described Maldonado-Passage as verbally abrasive.

Unlike Cowie, he no longer works for Lowe, saying he quit after Lowe and Exotic’s husband Dillon Passage got into a fistfight.

Cowie denied there every being a medical reason to killing the cats.

Kelci “Saff” Saffery, another former employee for Maldonado-Passage, revealed what their boss would tell them when he killed tigers. [Editor’s Note: Saffery has previously been described with female pronouns, but he’s a man.]

“Joe always had a way of explaining his actions,” he said. “So: ‘they [the tigers] were were old,’ ‘they were injured,’ ‘they were suffering,’ is what we got.”

Saffery voiced mixed feelings about the 22-year sentence for his former boss.

“I think justice was served, but I don’t want to see this man die in prison,” he said. Saffery sacrificed more for the job than most people would care to. As depicted on the show, his left hand was brutally injured by a tiger, but he said he elected to lose it instead of try to rehab it so he could immediately return to work. The stated reason: in order to cutoff bad media attention on the zoo. That said, Saffery pointed out how Maldonado-Passage and family routinely cooked and fed people for free on Thanksgiving.

“I’ve seen him give the jacket off his back for people, and I think that wasn’t highlighted enough,” said Saffery. “Joe did a lot of messed up stuff, and that’s a fact, and that’s shown, and now the entire world knows it, but he did a lot of good things too.”

But if there’s one thing he, Cowie, and Reinke had in common, it’s that they voiced loyalty to the animals over Joe.

“Everything I sacrificed, it was for the animals,” he said.

“Animals don’t give you any crap,” Reinke said. “Just people.”

Allen Gloven, a Lowe handyman who testified that Maldonado-Passage hired him to kill Baskin, didn’t appear on the new episode, but he did come up.

“I don’t know where you found Allen, but he’s the most terrifying person I’ve ever seen on camera,” McHale said when talking to couple Lowe and wife Lauren Lowe.

“He is the sweetest,” said Lauren Lowe.

“He’s the kindest, sweetest hitman you ever could hire,” said Jeff Lowe.

Glover claimed he never planned on carrying out the assassination plot.

In the new episode, Lowe once again denied setting up Joe Exotic, calling the idea a “crock of shit.” He once against argued that video clearly shows Joe’s hate for Baskin.

Lowe said he was unhappy with the way he was portrayed on the show, however.

“I think they tried to sensationalize the story a little bit to give it a villain,” he said. “The villain is right here.”

In the show, he argued that Lowe set up Joe Exotic, and had some choice words for this.

John Finlay had perhaps had the most shocking revelation: It wasn’t Joe’s voice in that music video.

“That is not him singing,” said Finlay.

Okay, this was previously revealed, but it’s still kind of a goofy detail.

Finlay has already mentioned that he was never married to Maldonado-Passage. He has new teeth, and the tattoo he got at the show’s end is now finished.

Also he said that it was his idea to appear shirtless in the interview depicted on the show.

On the other hand, he said he was unhappy with how he was depicted on the show.

“I was portrayed as a drugged out hillbilly,” he said. “And that was not me then.”

He said he was four to five years clean at the time, and he said he promised to never again touch another drug when his daughter was born.

Rick Kirkman, a producer who worked on a prospective reality show with Maldonado-Passage, said the so-called Tiger King was “terrified” of big cats.

McHale sardonically asked who was a more “disturbed individual”: Maldonado-Passage or former Inside Edition host Bill O’Reilly. Kirkman, who used to work on Inside Edition, said Joe Exotic was “more evil” and O’Reilly was “more of just an asshole.”

Kirkman admitted to doing nothing in the face of Maldonado-Passage abusing animals, and said he sacrificed his “journalistic credibility” by not whistleblowing.

“About three months in, I began to see him do things to animals that I knew was wrong,” he said. Kirkman said he witnessed Maldonado-Passage kill two tigers. On top of that, he claimed to see Maldonado-Passage promise to raise an old horse for a woman, but instead shot and killed the animal, then fed it to the tigers.