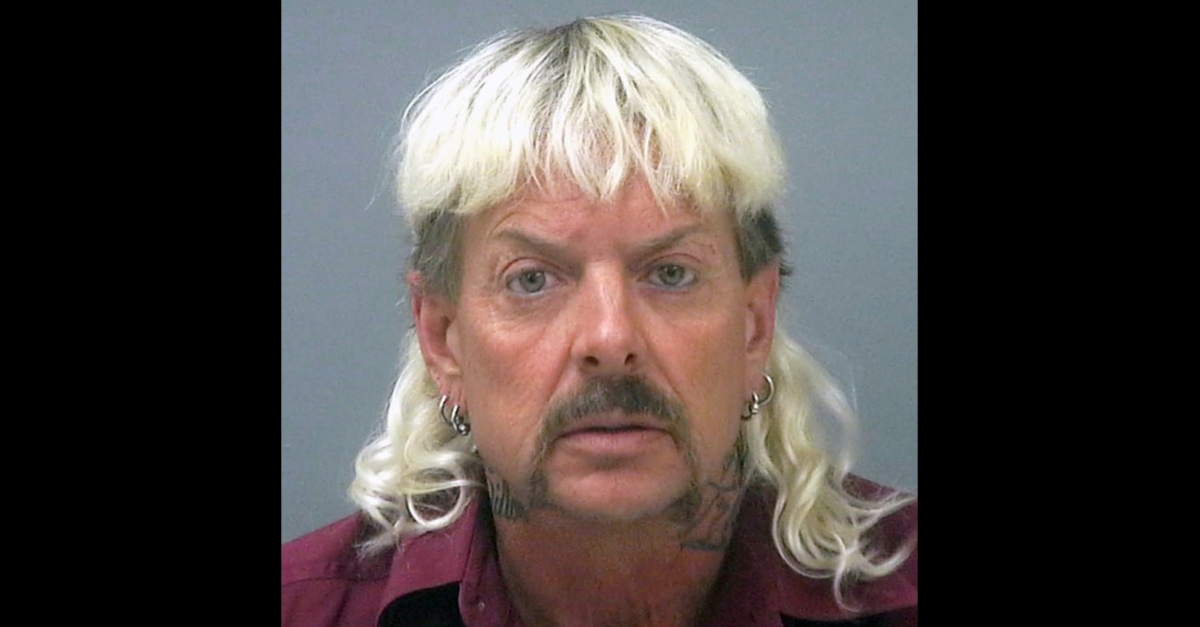 Oh, man, where do we begin with the story of Joe Exotic? The controversial 56-year-old zookeeper–legal name Joseph Maldonado-Passage–was sentenced Wednesday to 22 years in prison for a wild murder-for-hire plot, illegal animal trafficking, and animal abuse charges.

“We are thankful for the Court’s thoughtful consideration of the gravity of this murder-for-hire scheme, as well as the defendant’s egregious wildlife crimes in imposing a 22-year sentence,” said U.S. Attorney Timothy Downing. “This sentence is the result of countless hours of detailed investigative work by the U.S. Fish and Wildlife Service and the Federal Bureau of Investigation.”

Exotic was convicted last year for seeking the life of a woman who butted heads with him over his zoo. He went as far as to sell a liliger cub to fund the plot, prosecutors said. (The animal is a lion-liger hybrid).  The defendant also fatally shot five tigers in October 2017 to make room for other big cats, and engaged in trafficking of tiger cubs, authorities said.

Jurors found him guilty of charges including use of interstate commerce facilities in the commission of a murder for hire, violation of the endangered species act, and violation of the Lacey Act, federal records show.

In court, Joe was dressed in a bright orange prison outfit with his signature mullet – although it had lost much of its blonde color.

He cried as he spoke to the judge, at fine removing his red glasses to wipe his eyes.

Exotic was also sentenced to three years of supervised release after he’s let go from prison. As part of the sentence, the judge said that the defendant was reluctant to accept responsibility, according to the DOJ.

The defendant ran as a Libertarian candidate for Oklahoma governor in 2018.

“I just feel strongly about it’s your life, you own it, and as long as you don’t hurt anyone else you should have the right to do whatever you want,” he said in a OKC Fox article in 2018.