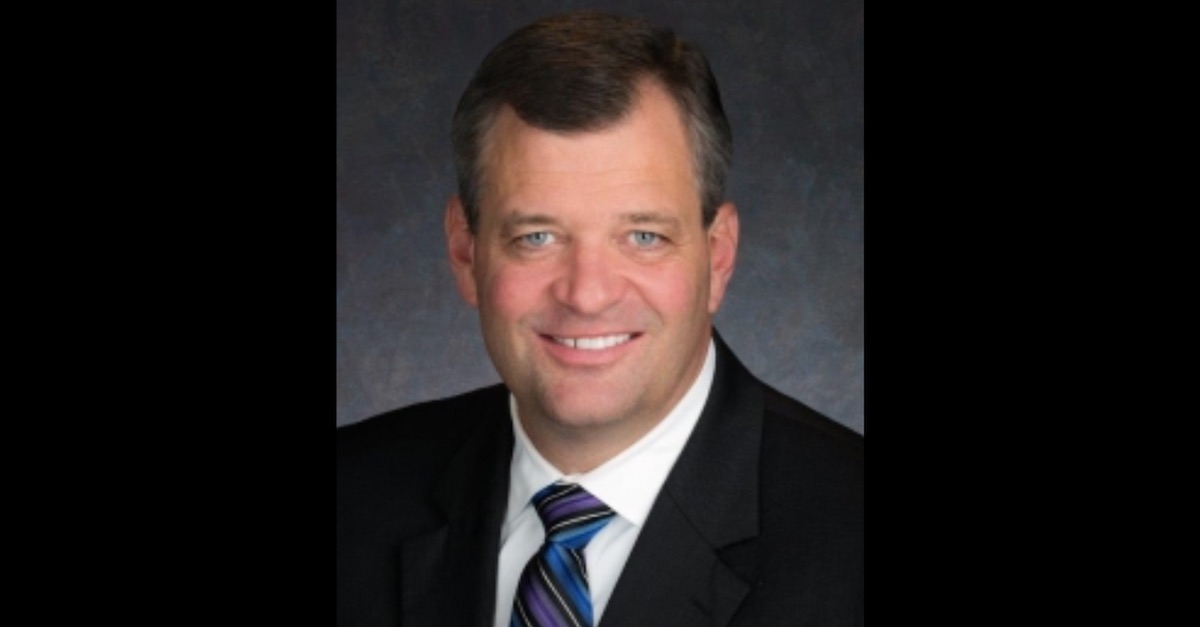 In latest eye-popping move by the Department of Justice, Attorney General William Barr has tasked a U.S. Attorney to review the case against former Trump National Security Advisor Michael Flynn. Jeffrey Jensen, the U.S. Attorney for the Eastern District of Missouri, is an appointee of President Donald Trump and will reportedly be examining the circumstances of the FBI’s Flynn interview.

Jensen will not be doing this by himself, according to a DOJ official.

Per a DOJ official the US Attorney in St. Louis, Jeff Jensen, is "assisting" ex-Mueller prosecutor Brandon Van Grack in the review of the Flynn case's handling. Official says the two are working "hand in glove" and that Jensen is not in a supervisory role, per @alex_mallin

Here’s what we know about Jensen.

Jensen was nominated by Trump in July 2017 and subsequently confirmed by the Senate in Oct. 2017, his DOJ bio notes. Jensen’s office in the Eastern District of Missouri prosecutes all manner of federal crimes, whether terrorism or public corruption.

Jensen’s path to U.S. Attorney is relevant for the Flynn case. After beginning a career as an accountant, he joined the FBI and was an agent for a decade. Suffice it to say, he is plenty familiar with FBI procedures. That, no doubt, played a role in his selection in examining the FBI’s role in the Flynn case.

A Jan. 2019 profile of Jensen shed more light on his time before and after he joined the FBI:

I definitely zigzagged. I started out as a CPA, because at the time I graduated from college, that was the most likely area to find employment. But then the FBI was hiring accountants, because of the savings and loan failures of the late 1980s, and I’d always wanted to be in the FBI.

I was primarily in the white-collar crime group, and for a time I was a member of the FBI SWAT team. When I was an agent, I was just fascinated by what happened in the courtroom. I decided I’d like to be an assistant U.S. attorney. So after 10 years with the FBI, I took five years to go through law school at night. I was an assistant U.S. attorney for 10 years, and then I went into private practice doing corporate compliance work. I’ve got four kids, and I was trying to pay for them. Then this job opened.

It’s not the first time that Barr has put an outside U.S. Attorney on a politically sensitive case (see: John Durham’s investigation of the Russia probe’s origins). As Law&Crime noted earlier Friday, the news about Jensen’s handling of the Flynn case immediately follows Barr’s interview about the DOJ’s controversial handling the Roger Stone case.