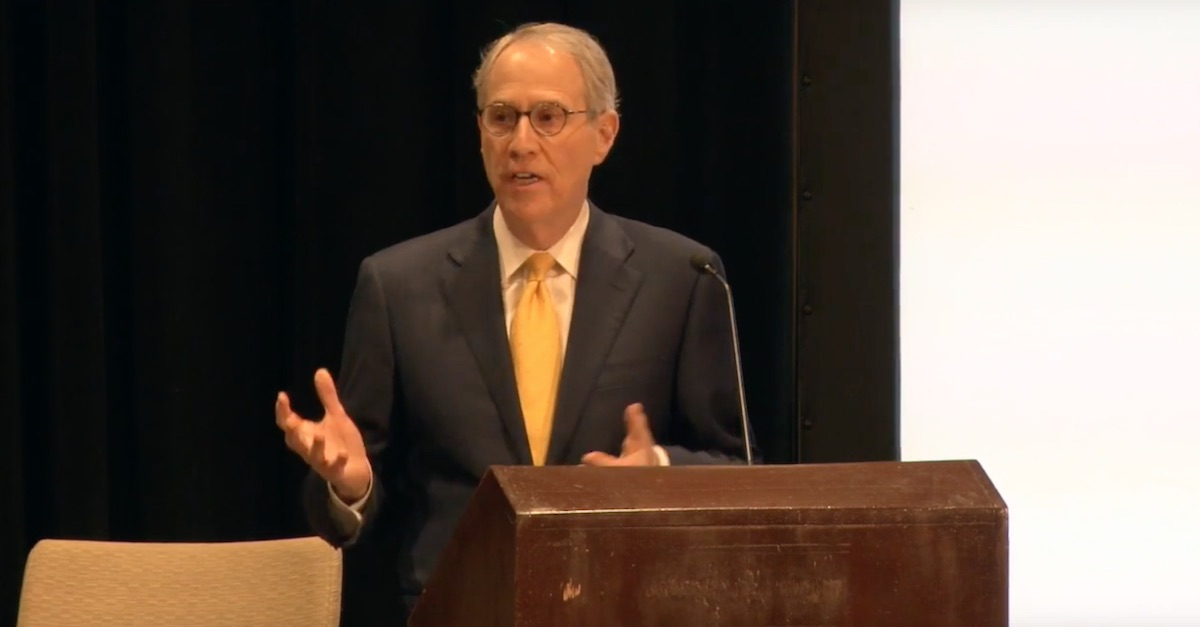 “So-called judge,” “a total disgrace,” and “so political.” President Donald Trump’s attacks on the judiciary when things don’t go his way in court are well-documented, but judges have on occasion responded to the criticism, even Chief Justice John Roberts. A federal judge this week joined the ranks of other judges who were willing to go there.

The judge’s parting shot on the matter was to say that judges never make decisions based on “alternative facts,” which was a reference to the Orwellian term White House counselor Kellyanne Conway once deployed in defense of Sean Spicer.

The remarks were made Wednesday at The Eleventh Annual Judge Thomas A. Flannery Lecture in the District of Columbia. This is a lecture that has over the past couple of years featured Supreme Court Justice Ruth Bader Ginsburg and then-Deputy Attorney General Rod Rosenstein.

In his speech, Senior U.S. District Judge for the District of Columbia Paul L. Friedman criticized the current head of the executive branch, saying that there is nothing normal about the president’s criticism of the judicial branch and targeting of certain judges. By “normal” Friedman said he meant both the colloquial sense of the word (e.g. “This is not normal!”) and in the sense that Trump is not tethered to norms.

“This is not normal. And I mean that both in the colloquial sense and in the sense that this kind of personal attack on courts and individual judges violates all recognized democratic norms,” he said.  The 75-year-old jurist was clearly unnerved by the current state of affairs in America.

“We are in unchartered territory,” he said. “We are witnessing a chief executive who criticizes virtually every judicial decision that doesn’t go his way and denigrates judges who rule against him, sometimes in very personal terms. He seems to view the courts and the justice system as obstacles to be attacked and undermined, not as a coequal branch to be respected even when he disagrees with its decisions.”

The Bill Clinton-appointed judge said a pet peeve of his is Trump lambasting judges’ decisions and suggesting that the judges arrived at those decisions because their politics must be the same as the president who appointed them.

“The reality is that when the Trump administration has lost cases in the courts, it is not because of Clinton or Obama judges, but because of judges who are trying to follow the law and the Constitution,” the judge said.

“Unlike the other two branches of government, the courts are charged with making decisions grounded in facts, never on alternative facts,” Friedman would add.