Can Schools Be So Bad That They Violate the U.S. Constitution? A Court Is Set to Decide 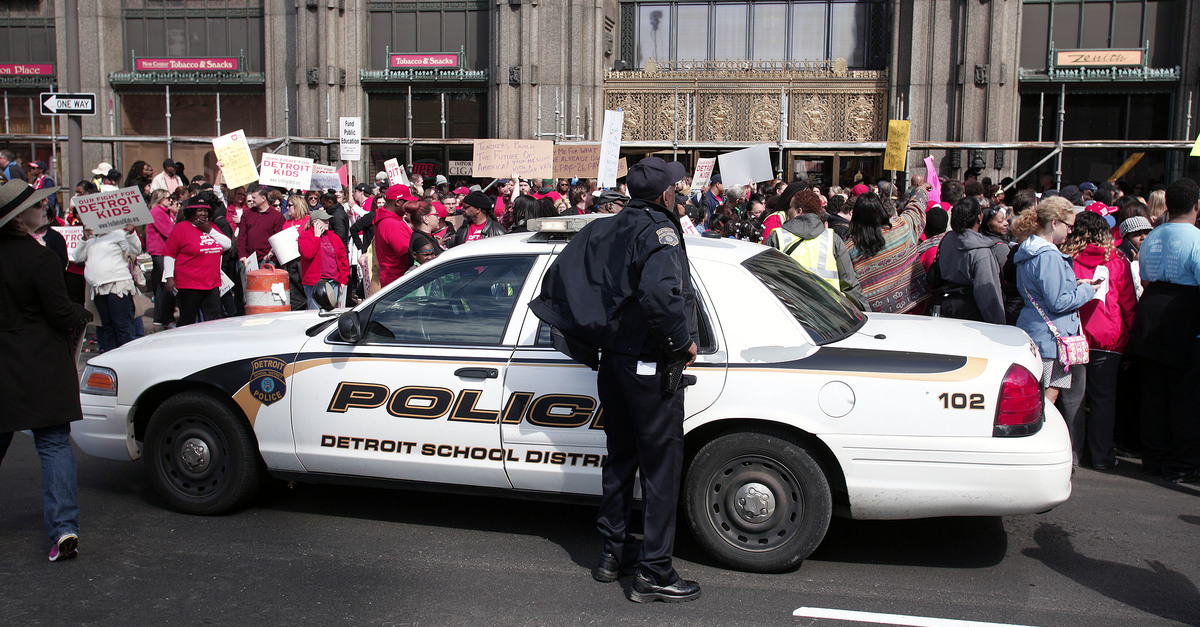 It’s no secret that public schools in Detroit have been a disaster for some time. The stories of gross underfunding, dangerous building conditions, lack of teachers and materials, and pathetic outcomes are profuse and saddening. What’s news, though, is what the failure of those schools may mean legally. The U.S. Court of Appeals for the Sixth Circuit is currently pondering the recent oral arguments over whether Detroit’s failure to deliver functional schools constitutes a constitutional violation for its students. The result has major potential to affect not only Detroit – but every school district in the nation.

This isn’t the first time we’ve heard “education” and “constitution” in the same courtroom. There was that whole Brown v. Board of Education thing a while back. That case, however, was about racial segregation of students within an educational system; it wasn’t really about education itself. In Brown, the Supreme Court of the United States ruled that separate-but-equal access to public services and facilities was inherently unequal; therefore, states could not legally continue to maintain separate schools for black and white students. Segregation of that kind was deemed to violate constitutional guarantees of equal protection under the law.

Brown’s rule – that when a state has decided to provide a right, it must do so on equal terms for everyone – applied to much more than schooling. “If you’re going to do something, you must do it equally,” became the core of equal protection law, and states were mandated to comply.

After Brown, there were plenty of other cases where education was again central to the legal issue. For example, in Plyler v. Doe, SCOTUS applied Brown’s rule to children residing in Texas as “illegal aliens” (as went the phraseology du jour). Texas couldn’t legally condition public education on citizenship. In Plyler and other cases, SCOTUS always proceeded with the utmost respect for the importance of education – but never actually analyzed whether, under the law, we have an enforceable right to receive an education. If it’s a right, there can be lawsuits, judgments, and compensation for having been denied it.

That’s may be about to change. Lawyers for Detroit students in a class action lawsuit have argued that appalling school conditions have deprived the students of both substantive due process and equal protection under the law. “Substantive due process” is legalese for, “there are some rights so basic and fundamental that depriving anyone of those rights for any reason violates the constitution.” Sidebar: this sounds confusingly similar to what’s known as “procedural due process.” That’s what we call the right to appear before a judge, be notified about court proceedings, and other “procedural” guarantees of fairness. This is an entirely different concept that is about the right to do certain activities, such as vote, make contracts, get married, and speak freely.

If the Sixth Circuit finds that Detroiters were deprived of substantive due process because their schools were in such sorry shape, that would be a pretty big deal. It would mean that the right to public education is on par with guarantees like the right to vote.

The equal protection issue is also novel and impactful. The argument is that because Michigan has undertaken to provide public education to its citizens, it must do so to everyone– even those who live in Detroit. Most of the legal history of equal protection law involves cases in which individuals have been grouped according to a particular characteristic – race, religion, gender, for example. Framing an equal protection challenge in the way the Detroit students have – as denying those residing in certain areas of the state – is novel in this context.

New or not, the argument doesn’t seem like much of a stretch. If a state decides to make something available, it must do so for everyone. Sounds like these kids in Detroit have a pretty good case.