The Government Wants Bernie Madoff to Die in Prison 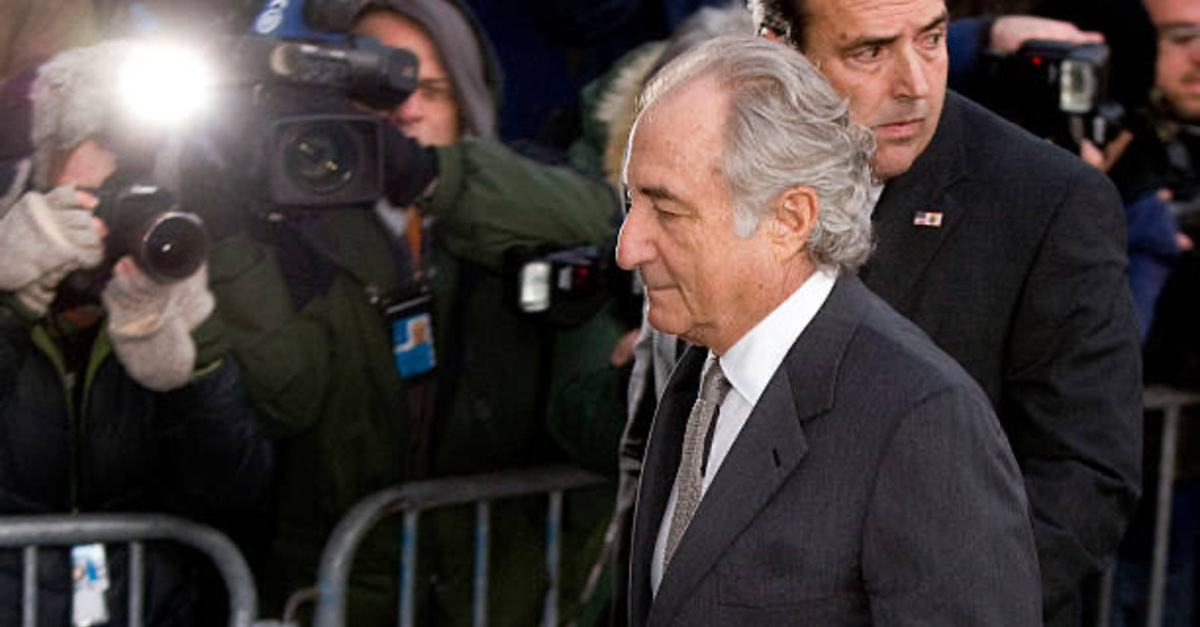 Huckster, Ponzi schemer and confidence man extraordinaire Bernie Madoff will die in prison soon if the U.S. government gets its way.

In a Wednesday court filing, federal prosecutors argued against early release for the 81-year-old convicted felon—despite the fact that he has terminal kidney failure and apparently has less than 18 months to live.

Madoff’s attorneys filed a plea for compassion with the U.S. District Court for the Southern District of New York last month—pointing to the dying octogenarian’s limited time on earth due to his illness. The government, however, isn’t disputing that. They just think it doesn’t matter.

Assistant U.S. Attorneys Drew Skinner and Louis Pellegrino argued that Madoff’s 2009 sentence of 150 years in prison for pleading guilty to 11 federal felony charges was effectively meant to be a life sentence with no possibility of parole.

“Madoff, unlike other serious white-collar fraudsters, received a sentence he could not possibly outlive because his crime was exponentially more serious than even the most serious other offenses,” the prosecutors argued. “Madoff’s crimes were ‘extraordinarily evil.’ His sentence was appropriately long. It should not be reduced.”

“Why should he be shown any compassion, when he had none for his many victims?” one of Madoff’s victims asked rhetorically.

The court itself later noted that many of Madoff’s victims are serving their own sort of life sentence.

The Ponzi scheme concocted by Madoff is believed to the largest and most harmful in U.S. history. It began sometime in the 1980s and ran for over two decades as investors handed over nearly $2 billion in cash that was actually never invested at all. Near the end, Madoff had only retained a few hundred thousand dollars—all the while living in luxury and setting the Wall Street example of the man about the market. A stereotype and microcosm of the financial services industry itself, the mirage was eventually dispelled and hundreds of other people’s lives had been ruined.

Madoff’s attorneys say he’s contrite now and sorry for what he did. But the government isn’t quite buying that years-past mea culpa.

“Since his sentencing, Madoff has demonstrated a wholesale lack of understanding of the seriousness of his crimes and a lack of compassion for his victims, underscoring that he is undeserving of compassionate release,” the prosecutors noted—citing a series of interviews from prison in which the fraudster downplayed his nefarious intent and instead painted the whole scheme as an honest effort that somehow went awry.

“The government recognizes the serious nature of Madoff’s illness and his general eligibility for a sentence reduction,” attorney Brandon Sample said. “Madoff, despite what the government might claim, is remorseful for his conduct. A reply addressing the government’s other contentions will be filed.”

Madoff initially filed a request for compassionate release with the Bureau of Prisons last September. That request was denied—based in part on his own decision to stop a dialysis regimen. After that, Madoff restarted those invasive and exhausting treatments. The appeal to the court is likely his final Hail Mary.

Sample went on to describe his client’s sentence as not warranting literal execution in full but rather, “symbolic for three reasons: retribution, deterrence, and for the victims.”