Thanks, Obama: Here’s the Obama Executive Order Trump Is Using to Build the Wall 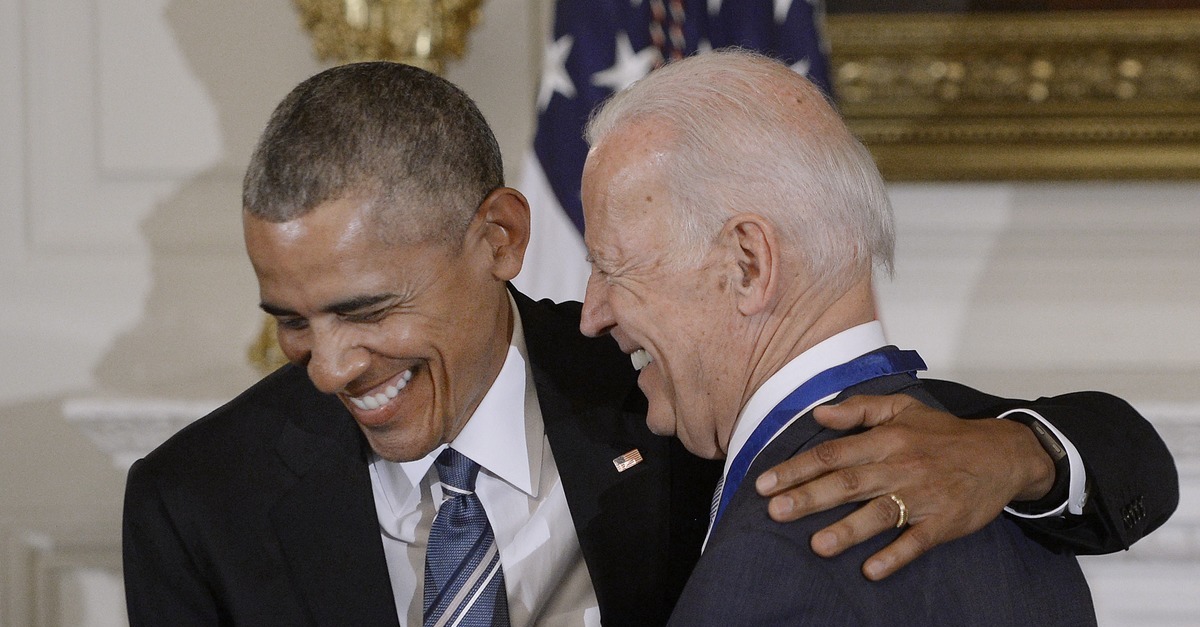 President Donald Trump held a wide-ranging Friday press conference in which he reiterated that if “you don’t have a border, you don’t have a country,” defending his invocation of the National Emergencies Act to help fund the building of The Wall. The president said he aims to stop illegal immigration, the influx of drugs and criminal into America. He cited past emergency declarations, including one by President Barack Obama, that Trump said targeted cartels.

As it turns out, back in 2011 then-President Barack Obama issued an executive order “blocking property of transnational criminal organizations organizations.” Obama cited his authority as granted through the Constitution to invoke the International Emergency Economic Powers Act, 50 U.S.C. 1701, and the National Emergencies Act, 50 U.S.C. 1601. The latter is the same legislation that Trump is citing to get funding for the wall to achieve his immigration reform goals. That executive order targeted a number of criminal organizations, including the Mexican Los Zetas cartel, an ally of the MS-13 gang President Trump has regularly called out as a danger to Americans.

“Drugs, gangs and people — an invasion,” Trump said on Friday. “We have an invasion coming into this country.”

Trump all but thanked his predecessor on Friday.

In 2011, Obama said that the organizations The Brothers’ Circle (“a criminal group composed of leaders and senior members of several Eurasian criminal groups that are largely based in countries of the former Soviet Union, but also operate in Europe, the Middle East, Africa, and Latin America”), the Italian crime syndicate known as Camorra, the more recognizable Yakuza, and the aforementioned Los Zetas.

“Such organizations are becoming increasingly sophisticated and dangerous to the United States; they are increasingly entrenched in the operations of foreign governments and the international financial system, thereby weakening democratic institutions, degrading the rule of law, and undermining economic markets. These organizations facilitate and aggravate violent civil conflicts and increasingly facilitate the activities of other dangerous persons,” Obama said.  “I therefore determine that significant transnational criminal organizations constitute an unusual and extraordinary threat to the national security, foreign policy, and economy of the United States, and hereby declare a national emergency to deal with that threat.”

It remains to be seen how all of this will shake out, but as Law&Crime noted before, Democrats may attempt to force the Senate to vote on whether to block the president’s executive action. Even if that occurs, you can bet that Trump will take this matter to the Supreme Court.

In his speech on Friday, he alluded to a prior loss in the Ninth Circuit on the issue of the travel ban and a subsequent win at the highest level.