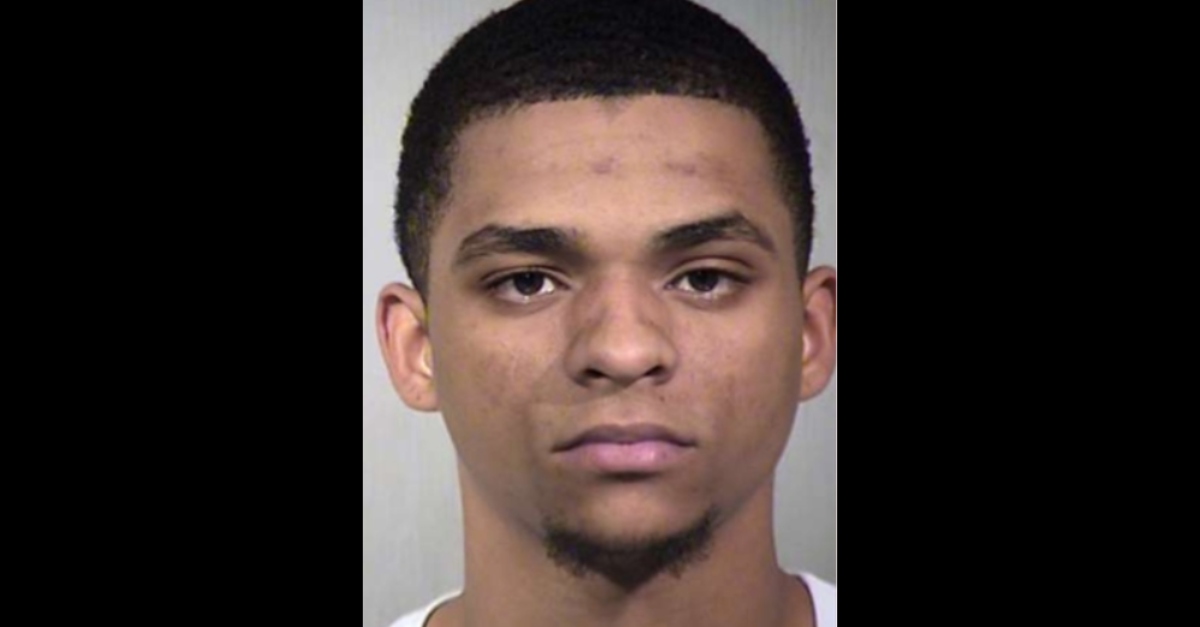 The woman said she first suspected Williams of posting the footage under the account “D6VONDR6,” police said. She confronted her ex over the phone, and he allegedly admitted to doing it. A detective with the Gilbert Police Department also spoke with Williams multiple times, cops said. This investigator claimed there was probable cause to arrest Williams.

The suspect didn’t turn himself in, however, so police tracked him down and arrested him on February 7.

Maricopa County court records show he is being represented by the local public defender’s office, but a spokesperson told Law&Crime that he hasn’t been assigned a lawyer yet. Williams made an initial appearance in court last Friday, and is scheduled for a status conference to take place Thursday.

In an unrelated case, a New Jersey man sued Pornhub’s parent company last year, claiming a picture of him was used in an advertisement on the site without his permission. The photo showed him posing with a wad of cash.

We have been fully cooperative with law enforcement’s requests with regards to this case, as is our general policy. We will continue to work alongside law enforcement officials to ensure that these individuals are prosecuted fully and justice is brought down.