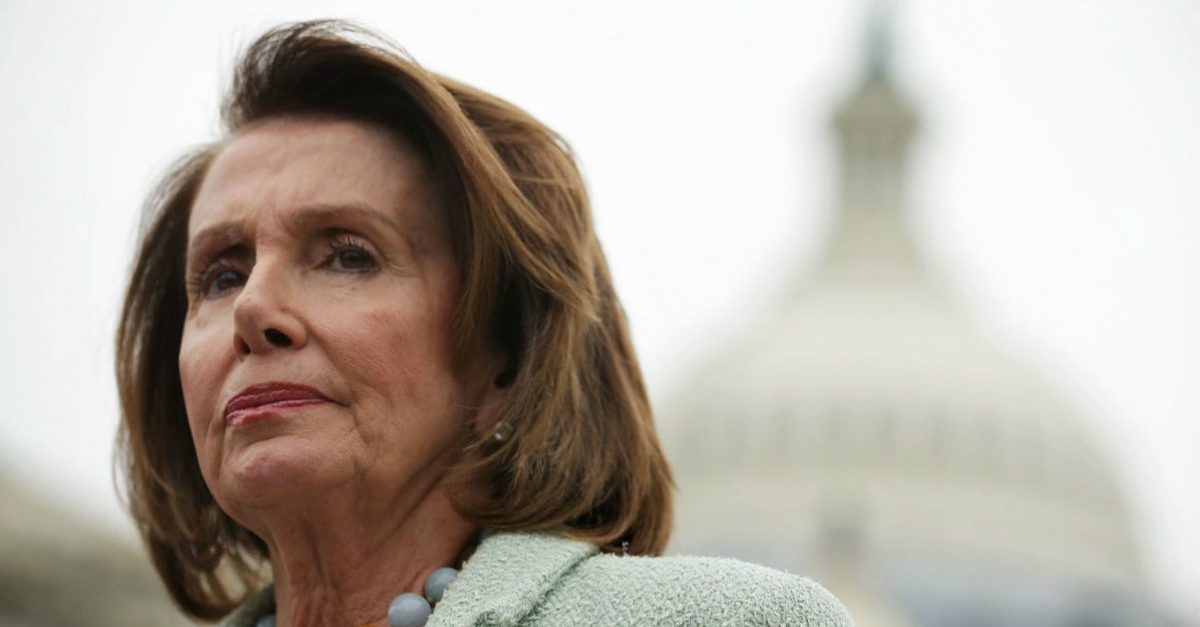 Under Speaker of the House Nancy Pelosi‘s leadership, House Democrats have an opportunity to throw a wrench in President Donald Trump‘s plans, and perhaps sully the reputations of Senate Republicans.

Trump, who has agreed to avoid another shutdown by raking in $1.4 billion toward building the Wall and vowed to declare a national emergency to compensate for coming up billions short, may be in the midst of a signature moment in his presidency. After all, this is all to achieve a key promise of Trump’s campaign for president.

Trump has already been warned that litigation risk is “high” and some believe the courts will ultimately enjoin Trump from carrying out his plans, but by taking executive action and citing the National Emergencies Act there is a feature rather than a bug in the law that may serve as a sufficient counter.

50 U.S. Code § 1622 lays out exactly how fears of the endangerment of the separation of powers may be assuaged. To terminate a national emergency, “there is enacted into law a joint resolution terminating the emergency.” The law continues, “Any national emergency declared by the President shall be terminated on the date specified in any joint resolution referred to in clause […] and any powers or authorities exercised by reason of said emergency shall cease to be exercised after such specified date.”

Starting up the joint resolution effort is to occur “Not later than six months after a national emergency is declared, and not later than the end of each six-month period thereafter that such emergency continues.”

“[E]ach House of Congress shall meet to consider a vote on a joint resolution to determine whether that emergency shall be terminated,” the law says. And so, this process will start in the House, it may be referred to congressional committees, a report will be filed and if a resolution passes then it will go the Senate for a vote.

At a minimum, Senate Republicans will be forced to go all-in on Trump’s Wall. Democrats would hope that, at most, they may be able to block the president’s executive action.