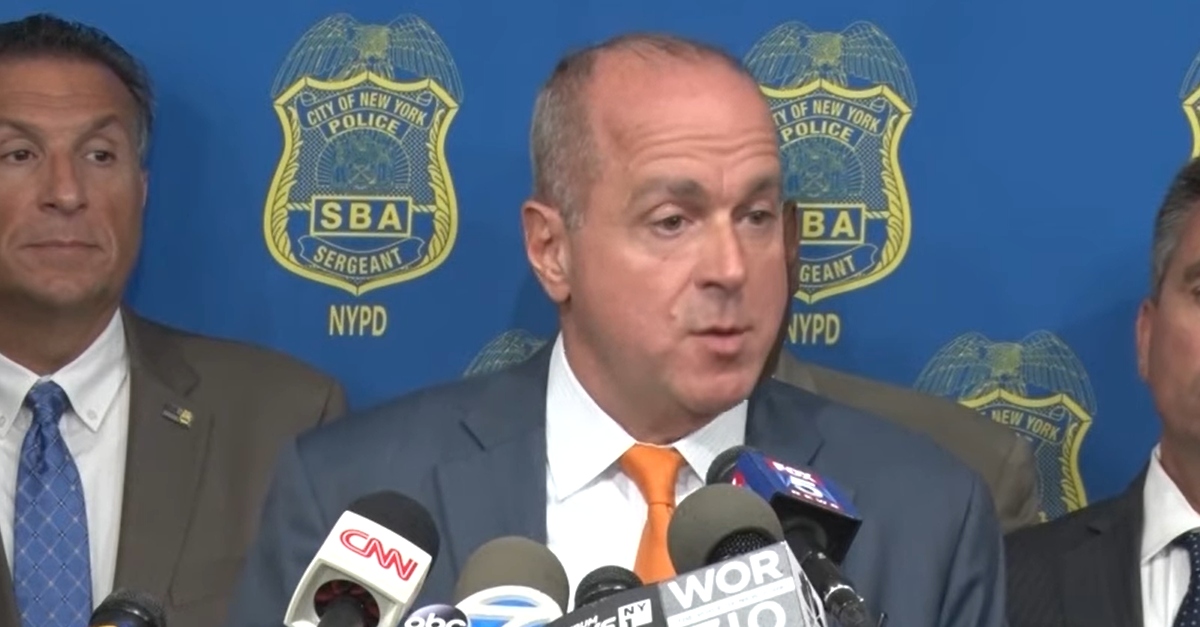 The family of murder victim Tessa Majors knocked a police union leader on Monday. They say he was blaming their loved one for her own death.

“The remarks by Sergeants Benevolent Association president Ed Mullins we find deeply inappropriate, as they intentionally or unintentionally direct blame onto Tess, a young woman, for her own murder,” they said in a statement obtained by The New York Post. “We would ask Mr. Mullins not to engage in such irresponsible public speculation, just as the NYPD asked our family not to comment as it conducts the investigation.”

Ed Mullins, president of the Sergeants Benevolent Association, has been catching flak for statements he made about the case. He said that it was his “understanding” that Majors was in Morningside Park–where she was murdered Wednesday–in order to buy marijuana.

Up to three individuals allegedly robbed her, and one of them stabbed her. One suspect, a 13-year-old boy, has been arrested and charged with murder for allegedly participating in the fatal robbery. Mullins referred to the defendant also allegedly having a history of smoking weed.

“Here we have a student murdered by a 13-year-old, we have a common denominator: marijuana,” he said.

3. If it’s true that this young woman was killed while in the park purchasing marijuana – and there’s little evidence to support that claim at this point – the solution is to legalize it so that it can be purchased in stores with security cameras, not in black markets in parks.

A police union using a tragic murder of a teen to undercut marijuana reform. The brazenness of their cynicism here should expose any & all efforts to use future tragedies to fit their agenda. They only care about victims to the extent that they can be used to enhance their power.