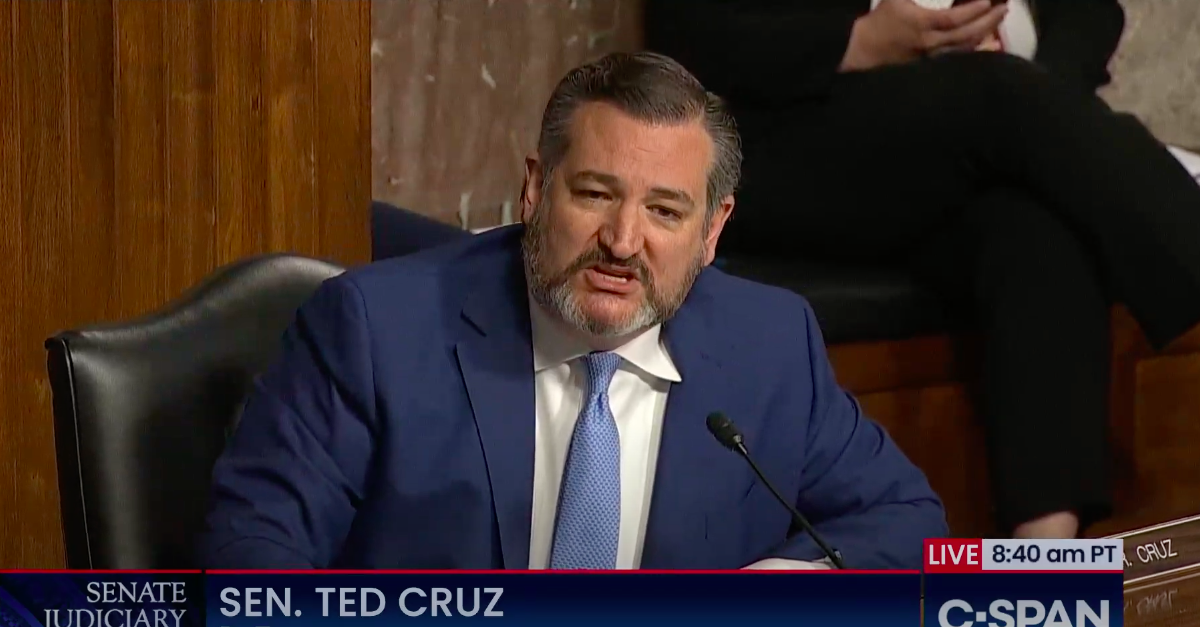 Sen. Ted Cruz (R-Tex.) on Friday implored the Department of Justice to open an investigation into whether Netflix or its executives violated federal laws prohibiting the distribution of child pornography for hosting the French film “Cuties,” which depicts pre-teen girls in revealing dance outfits. In a letter to U.S. Attorney General Bill Barr, Cruz erroneously claimed that the film includes a scene in which one of the minor actresses is depicted in a state of unlawful nudity.

“The video streaming service and content-producer Netflix is currently hosting a film entitled ‘Cuties’ that sexualizes young girls, including through dance scenes that simulate sexual activities and a scene exposing a minor’s bare breast,” Cruz wrote in the letter’s opening paragraph.

The film, written and directed by French-Senegalese Maïmouna Doucouré, is a semi-autobiographical story about her growing up torn between traditional Muslim values and internet culture; it is intended as a critique on the latter’s hypersexualization of young girls. It does not at any point show a minor’s breast.

The Texas senator returned to the false claim in the second paragraph, in which he alleges that the film’s portrayal of young girls will be a boon for pedophiles, who will use “Cuties” in an abusive manner.

“The film routinely fetishizes and sexualizes these pre-adolescent girls as they perform dances simulating sexual conduct in revealing clothing, including at least one scene with partial child nudity,” Cruz wrote. “These scenes in and of themselves are harmful. And it is likely that the filming of this movie created even more explicit and abusive scenes, and that pedophiles across the world in the future will manipulate and imitate this film in abusive ways.”

In a statement, Netflix confirmed that the film does not at any point depict a minor nude and encouraged users to watch the “powerful story” for themselves.

The warning was updated Friday and now reads: “A little girl watches a female rap music video where scantily clad women role play through dance. During the dance in the music video, one woman reveals a naked breast.”

A spokesperson for Cruz did not respond to a media inquiry from Forbes asking if the senator or any of his aides had actually viewed the film or attempted to confirm the claim of a minor’s breast being shown before calling on the DOJ to investigate the company and its executives for distributing what Cruz called “child pornography.”

Cruz Letter to DOJ – Cuties – FSV by Law&Crime on Scribd