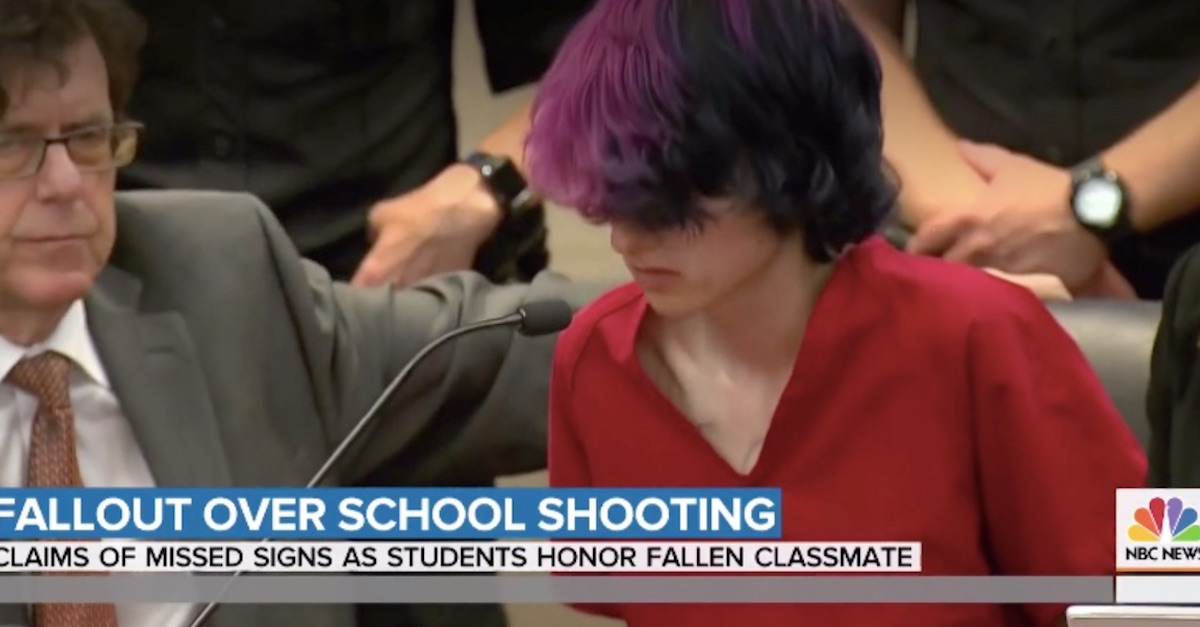 Devon Erickson, one of the two students accused of opening fire on their classmates at a high school in the Denver, Colorado area, allegedly had a history of bullying younger students and making jokes about shooting up the school. According to a student at STEM School Highlands Ranch, Erickson, who was a senior at the time of the shooting, “always joked” about mass shootings.

In an interview with NBC News, Erickson’s former classmate Kevin Cole recounted how Erickson “would whisper, like get really close and kinda put his arm around you, and whisper in your ear, ‘don’t come to school tomorrow.’”

Erickson, 18, and a juvenile student identified by police as a female but who identifies as a male, are accused of entering the school with handguns and shooting nine students. One student, Kendrick Castillo, 18, was fatally shot days before graduation, while eight others were injured.

“We weren’t surprised who it was because you could kind of see that coming from a mile away, but the fact that he actually did it…” Cole said, before trailing off. He picked back up, saying, “because the entire time I was at STEM, he always joked about it.”

News of the shooting came just five months after officials at STEM officials were reportedly warned by an anonymous caller that the school had become a “pressure cooker” of violence, sexual assault, and bullying that was setting the stage for “a repeat of Columbine.”

In December of 2018, Penny Eucker, the executive director of Highlands Ranch, received a letter informing her that a district official had received an anonymous call from a parent expressing concerns about school administrators conduct and the school environment. The parent stated that the school suffered from “an extremely high drug culture…student violence due to a high pressure environment…and safety issues.”

In February, Highlands Ranch notified parents of the accusations made during the anonymous call, revealing that an internal investigation revealed no evidence to support the allegations before filing a lawsuit accusing the anonymous caller of slander and invasion of privacy while seeking to reveal the caller’s identity through phone records.

Erickson and his alleged accomplice are set to appear in court on Wednesday of next week.