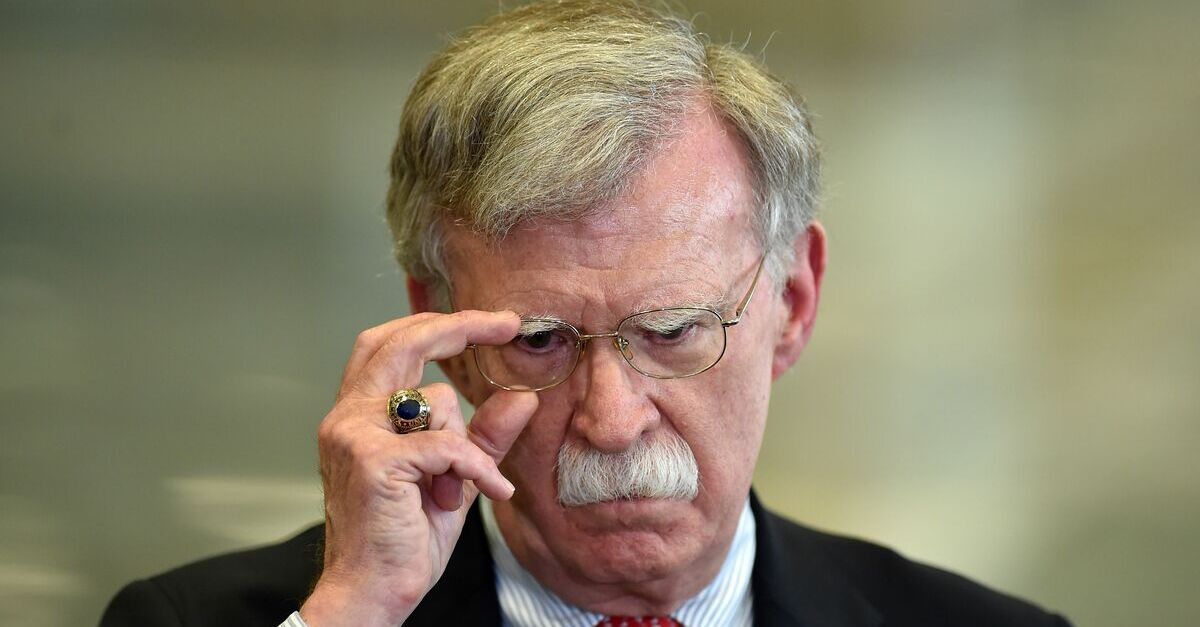 Former United Nations ambassador and Iraq War architect John Bolton is back on Twitter after a brief hiatus.

The infamous advocate for all wars announced his return to posting on the nation’s premier micro-blogging site by tweeting (and then retweeting) his relief about being able to tweet again.

“Glad to be back on Twitter after more than two months,” Bolton wrote. “For the backstory, stay tuned……..”

Teasing a bit of that promised backstory, Bolton later tweeted:

We have now liberated the Twitter account, previously suppressed unfairly in the aftermath of my resignation as National Security Advisor. More to come…..

Echoing the language of regime change was a bit ill-advised:

“If it’s anything like your liberation of Iraq it looks like we’re in for a decade-long war over control of your Twitter account and the rise of ISIS,” writer Paul Blest accurately and witheringly noted.

John Bolton did a better job of “liberating” his own Twitter account than he did “liberating” Iraq https://t.co/qfbehKEuWH

While such take-downs served as a reminder that Bolton’s undeniably rapacious desire for Middle Eastern theaters of war wasn’t soon to be forgotten, other criticisms were focused on more topical concerns.

“Will you redeem yourself by testifying and bringing the truth to light or will you just be shilling books?” challenged Brooke Binkowski, the managing editor of rumor-busting website TruthOrFiction.com.

Will you redeem yourself by testifying and bringing the truth to light or will you just be shilling books?

Former federal prosecutor and Pace Law School scholar Mimi Rocah was also not a big fan of Bolton’s act. The MSNBC legal analyst took the opportunity to unload on a series of individuals connected to the Ukraine phone call and concomitant impeachment inquiry.

“So tired of cowardly men hiding behind twitter, PR statements [and] fake legal privileges,” Rocah tweeted in response. “@AmbJohnBolton, [Mike] Pompeo, [Don] McGhan [sic], [Lev] Parnas, etc need to turn over evidence & tell the truth to SDNY & Congress where it matters. @RudyGiuliani if you have something to say, you too.”

Calls to testify kept rolling in:

You will tell us how Pompeo screwed this all up, right?

Other commentators conditioned their eventual support for Bolton’s forthcoming memoir on whether or not he testifies:

Definitely. No one should buy Bolton’s book. But, based on David Holmes’ testimony yesterday, it appears Bolton is not just refusing to testify to build up suspense for his book; he is also hiding his own involvement, however reluctant it might have been. Or not. https://t.co/VUEyTraCVM

Lets adopt a new rule. If you won’t testify under oath (Mulvaney, Bolton, Pompeo) then nobody pays one ounce of attention to your spokesperson statements, books, tweets, or anything else you declare about the witnesses who came forward and testified under penalty of perjury. https://t.co/aZ1FW3TExF

Bolton’s testimony is widely believed to be exceptionally damaging to President Donald Trump due to his description of the alleged quid pro quo offered to Ukrainian President Volodymyr Zelensky as a “drug deal.”

Bolton has been asked by House Democrats in charge of the impeachment inquiry to voluntarily testify about his knowledge of the Ukraine scandal but has, so far, declined the invitation. Democratic leadership has been urged by their own members, base and party activists and various political commentators to subpoena Bolton–but those pleas have fallen on deaf ears.

And some critics of Bolton took his Friday online resurfacing as a proper indictment of Democratic Party efforts as well:

If the Dems don’t force John Bolton to testify in front of congress in open session and just allow him to cash out on his book advance and sales, then they really do love failing. https://t.co/QOREqatXeG

After the late-morning-early-afternoon swell of criticism, Bolton attempted to defend himself by drawing attention to the White House’s apparent restriction on his personal Twitter account.

“Re: speaking up — since resigning as National Security Advisor, the @WhiteHouserefused to return access to my personal Twitter account,” he tweeted. “Out of fear of what I may say? To those who speculated I went into hiding, I’m sorry to disappoint!”

The White House, for their part, has officially denied that Bolton was barred from accessing his account on Twitter dot com.

Editor’s note: this story has been amended post-publication to include an update from the White House.