Sheriff’s Deputy, 23, Charged with Murder After Shooting Unarmed Mentally Ill Man in the Back 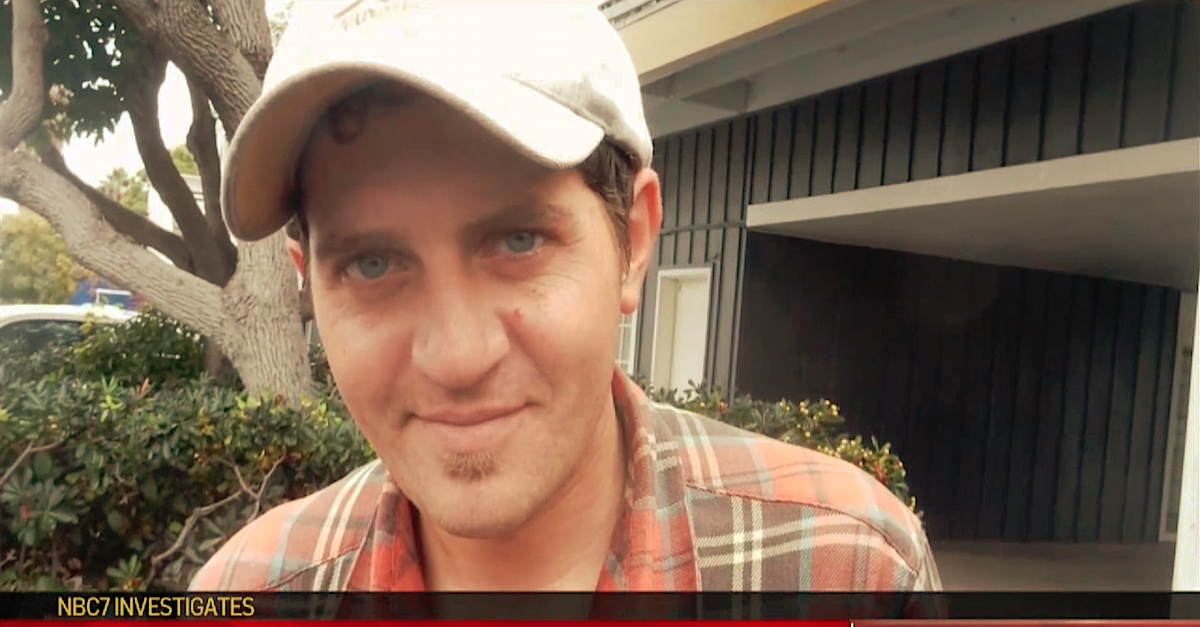 A 23-year-old former Sheriff’s Deputy in San Diego, California is charged with second-degree murder after shooting and killing a 36-year-old man who escaped from a State Park Officer’s car outside of a jail. The San Diego County District Attorney’s Office said the victim, Nicholas Bils, was unarmed and running away from officers on May 1 when he was killed.

The former officer charged, Aaron Russell, is due to be arraigned Tuesday morning. If convicted, Russell could face 15 years in prison, the DA’s office said.

Surveillance camera video of the incident is not being immediately released because it could jeopardize Russell’s right to a fair trial, the DA’s office added.

Body camera video does not exist because the officers involved were guarding the jail and are not issued body cameras.

“We reached the decision to file criminal charges following a thorough review of all the objective facts and evidence in this case by specialized prosecutors and investigators in our Special Operations Division,” said San Diego County District Attorney Summer Stephan. “When a life is taken, we must make decisions based in facts and law, and not ones that are influenced by the status of the accused as a peace officer nor the status of the victim. These decisions must be made solely in the interest of justice and not based on favoritism nor public opinion. Every person must be accountable under the law.”

Stephan said officer-involved shootings are reviewed under a California law which took effect Jan. 1. According to a legislative digest, the law, Assembly Bill 392, sought to “affirmatively prescribe the circumstances under which a peace officer is authorized to use deadly force.”

“Any peace officer who has reasonable cause to believe that the person to be arrested has committed a public offense may use objectively reasonable force to effect the arrest, to prevent escape, or to overcome resistance,” the law reads (emphasis added). Deadly force is only authorized:

KNSD-TV, the NBC affiliate in San Diego, reported in May that officers fired four bullets at Bils. One bullet went through the victim’s left arm into his chest; another hit his leg; a third entered his back. The fourth bullet grazed Bils.

Kathleen Bils said her son “was a paranoid schizophrenic who was extremely afraid of the police,” according to the KNSD-TV report.

From there, the mother related to the TV station what police told her about her son’s death.

Nicholas Bils was at the Old Town San Diego State Historic Park putting golf balls, his mother said, when park rangers told him he needed to put his dog on a leash. The authorities also told him the park was closed because of the coronavirus. Nicholas Bils then allegedly swung a club “near the rangers” and “ran away.” He was arrested for assault with a deadly weapon. Park rangers put Nicholas Bils in a vehicle with its windows partially rolled down, and he escaped through one of the windows as authorities arrived at the county jail. Russell is accused of opening fire as Bils ran towards the street.

Under Assembly Bill 392, special mention is made of those who suffer from mental illness.

“[I]ndividuals with physical, mental health, developmental, or intellectual disabilities are significantly more likely to experience greater levels of physical force during police interactions, as their disability may affect their ability to understand or comply with commands from peace officers,” the law says. “It is estimated that individuals with disabilities are involved in between one-third and one-half of all fatal encounters with law enforcement.”

The law also requires officer-involved shootings to “be evaluated from the perspective of a reasonable officer in the same situation, based on the totality of the circumstances known to or perceived by the officer at the time, rather than with the benefit of hindsight, and that the totality of the circumstances shall account for occasions when officers may be forced to make quick judgments about using force.”

[image via screen capture from KNSD-TV]