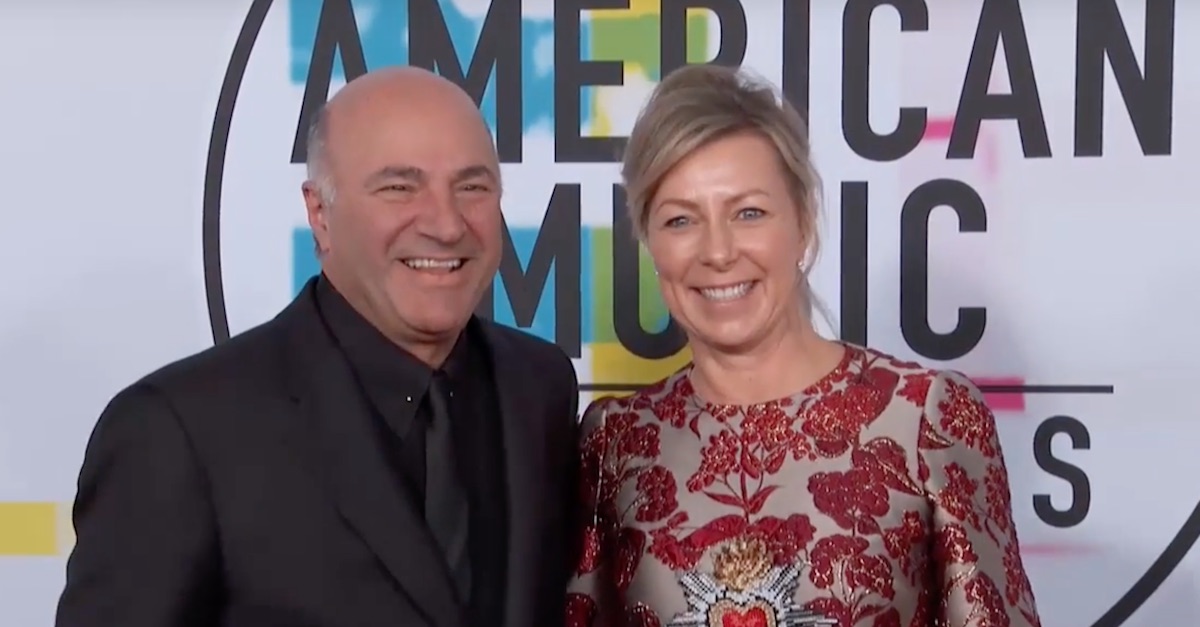 Linda O’Leary, the wife of Shark Tank star and Canadian businessman Kevin O’Leary, has been charged for the August boat crash that killed two and injured three others. O’Leary has been officially charged with careless operation of a vessel.

As Law&Crime reported before, Kevin O’Leary, 65, and Linda O’Leary, 56, were involved in a boat crash on Lake Joseph around 11:30 p.m. on Aug. 24. It was reported at the time that Linda O’Leary was driving the boat; the charge, coming after a “thorough investigation,” confirms that. She has a court appearance scheduled for Oct. 29.

Ontario Provincial Police said that charges, upon conviction, would mean up to 18 months behind bars or a $1 million fine.

A representative for Kevin O’Leary previously said the boat he was on went over a larger boat’s bow and hit a man on the head, killing him. Gary Poltash, 64, was killed at the scene and 48-year-old Susanne Brito, a mother of three, died on the Tuesday following. She suffered significant brain damage and had to be placed on a ventilator. Three others were also injured, but were treated for those injuries and were released from the hospital.

O’Leary eventually went public with a statement about the incident, in which he claimed that the larger vessel “had no navigation lights on and then fled the scene of the accident.”

“Late Saturday night I was a passenger in a boat that had a tragic collision with another craft that had no navigation lights on and then fled the scene of the accident. I am fully cooperating with authorities,” O’Leary said. “Out of respect for the families who have lost loved ones and to fully support the ongoing investigation, I feel it is inappropriate to make further comments at this time. My thoughts are with all the families affected.”

The operator of the other boat, 57-year-old Richard Ruh, has also been charged for “failing to exhibit a navigation light while underway,” according to CBC. Ruh is from Orchard Park, New York.

TMZ reported that Kevin O’Leary, through his agent Jay Sures, said he had “no further comment other than to say that our thoughts and prayers are with the friends and families of those who lost loved ones in this awful tragedy. Our hearts go out to them.” TMZ also said that the O’Learys’ boat was allegedly traveling at 17 mph.

Linda O’Leary’s lawyer is Brian Greenspan. He responded to the charges by saying authorities made a “regrettable” choice.

“We find it regrettable that the OPP has chosen to charge Mrs. O’Leary under the shipping regulations in circumstances where the person has always been a cautious, and certainly experienced boater, came in a collision with an unlit craft on a dark and moonless night on Lake Joseph,” he said.

Greenspan has been recognized as one of the most influential lawyers in Canada, and has built a reputation working as “lead counsel on some of the country’s most complex and controversial cases. According to Page Six, Greenspan has represented Justin Bieber, model Naomi Campbell, and Catherine Smith (of John Belushi overdose infamy). Greenspan also represented Anthony Galea, a controversial Canadian doctor to the some of the world’s elite athletes.