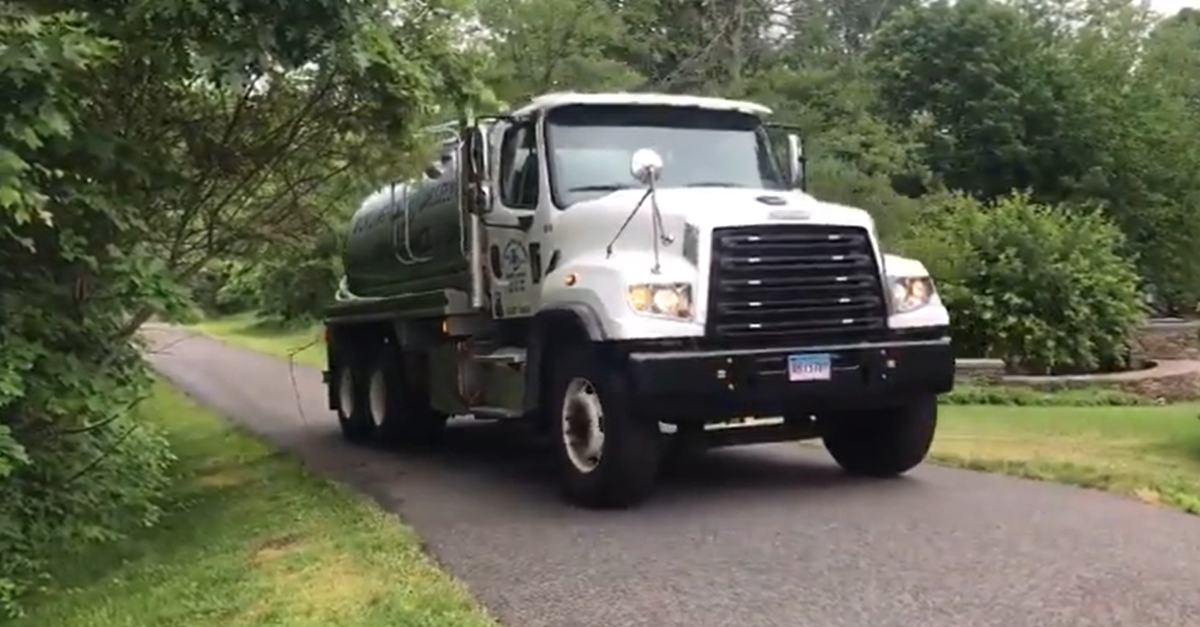 There was an intriguing sight in the new search for missing and presumed dead Connecticut mother of five, Jennifer Farber Dulos. Cops brought in a septic tank truck to an Avon, Connecticut property.

Police said they didn’t have specific information which brought them back to this location; they’re just making sure they are covering their bases.

UPDATE: @CT_STATE_POLICE say they have arranged to have the septic tank pumped. They say, “There is no specific information that led them to return to this particular property. We are attempting to leave no stone on turned in the ongoing search for Jennifer.” #NBCCT pic.twitter.com/wA7IpHNhkm

K-9s were also seen in the search.

Fotis Dulos, Jennifer Dulos’s now-dead estranged husband and her alleged killer, had previously done work at the property in question, according to Fox 61.

UPDATE: A few police cars have left the Sky View Drive property in Avon. Search is connected to #JenniferDulos case. State police were here last summer searching. Owner tells me he showed police the inside of the home and trails around the property. pic.twitter.com/D61Rk13wau

Jennifer Farber Dulos, who was in the middle of an ugly separation and divorce with her husband, went missing on May 24, 2019. Her husband was quickly suspected of being responsible, and authorities later arrested him multiple times in an ever-evolving criminal case that eventually led to a murder case. But Fotis Dulos ended up dying of suicide while out on bond in January. He went to his grave maintaining his innocence. Fotis Dulos’s attorney-friend Kent Mawhinney has been charged with conspiracy to commit murder for allegedly participating in the murder plot. He pleaded not guilty. Fotis Dulos’s former girlfriend Michelle Troconis was also charged with conspiracy, and for allegedly helping to hide evidence. She also maintains her innocence, but pretty much threw her ex under the bus in doing so.

The search for Jennifer is ongoing as of Thursday afternoon.

Despite the downpour the search of 44 Sky View is continuing no state police cars have left in hours. Septic tank truck is still on property as well. Now been here for six hours.